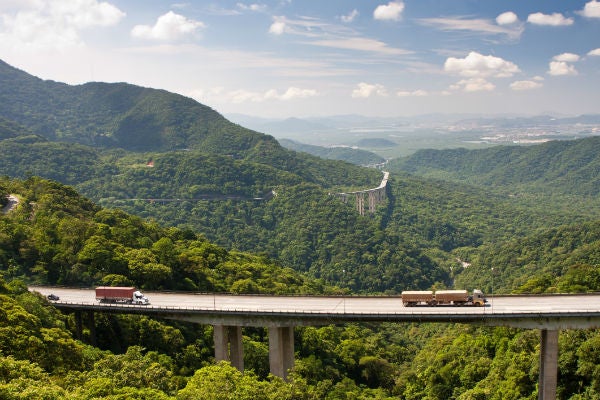 The Infrastructure Gap and MDB’s mandate

It’s estimated that the infrastructure gap in Latin America and the Caribbean (LAC) region requires an additional investment of $120 –$150 billion a year. However, given the current low levels of public investment, coupled with the fiscal challenges faced by the region and limited funding available from Multilateral Development Banks (MDBs), it is clear that private investment will play an important role in future years.

In 2014, the G-20 strengthened MDBs’ mandate to take concrete and practical steps to ensure that MDB-based project preparation facilities (PPFs) and other related initiatives collaborate to support governments by developing prioritized pipelines of economically viable and bankable infrastructure projects that can attract the private sector.

The Brazilian Private Sector Participation (PSP) Facility is one of the flagship initiatives supported by the Inter-American Development Bank (IDB) to improve project preparation. The facility was developed in partnership with the International Finance Corporation (IFC) and the Brazilian Development Bank (BNDES). The facility aims to enhance private sector participation in infrastructure projects in Brazil.

With a total capital of US$12 million, the facility helps structure projects from the stage of technical and economic feasibility studies to financial closing. To date, this facility has supported 10 infrastructure projects leveraging more than US$6 billion in private investment. The facility is managed by the IFC, and it counts on the participation of the IDB and the BNDES as part of the Oversight committee, all of which have equal voting rights in selecting projects. BNDES is also active in project preparation and in interacting with key counterparts.

In addition to playing a key role in structuring major transportation projects such as toll roads and airports—where best practices such as performance based contracts were introduced—the facility is also enabling innovative PPPs in social infrastructure (e.g. schools and health care facilities). The facility has served as a laboratory for innovative PPP projects in Brazil.

The experience with the PSP Facility is definitely a great example of how MDBs in partnership with National Banks can develop sound solutions that contribute to closing the gap in infrastructure investment. This kind of partnership will be very important in years to come.

Previously he acted as Undersecretary for Regulation and Infrastructure at the Ministry of Finance of Brazil. He was also a Board Member of the Banco do Brasil until October 2015. From October 2013 to February 2015 he served as Secretary for Economic Affairs at the Ministry of Finance. He joined the Ministry of Finance in 1998 and has been a staff member of the National Treasury since 2001. Over the past seventeen years Mr. Pereira dos Santos worked in different positions in the Brazilian Government, mostly engaged in infrastructure finance and development, as well as regulatory issues related to it. Since then he has acquired relevant experience in policy-making regarding infrastructure, capital markets development, housing finance and banking. Early in his carrier he served as an international economics and finance analyst and was involved in international economic dialogues with multilateral institutions and other countries. Mr. Pereira dos Santos holds a Master’s Degree in Public Administration (MPA) from Columbia University, School of International and Public Affairs (SIPA) and a BA in Economics from the University of Brasilia.