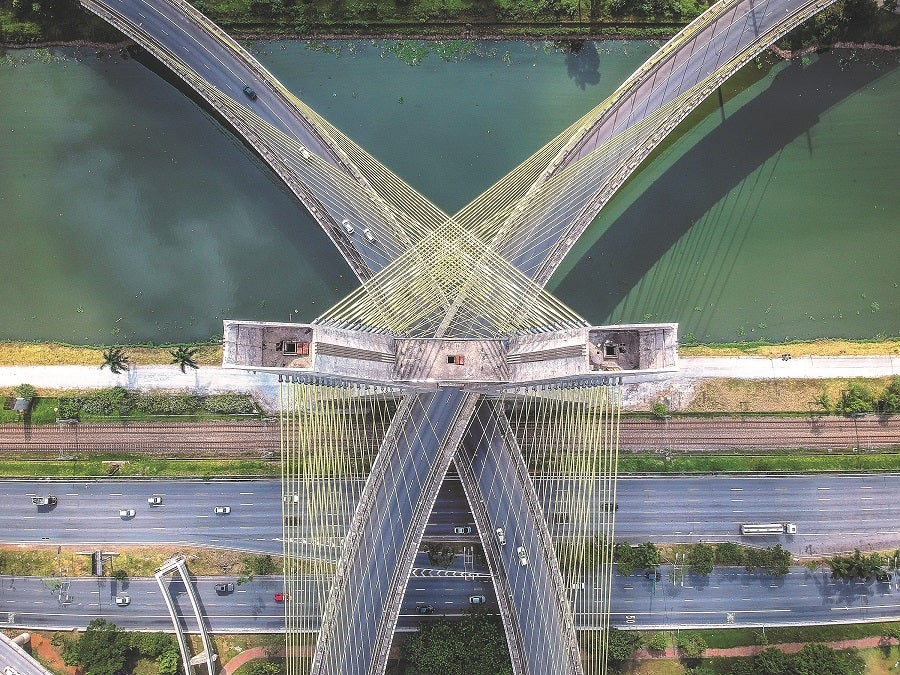 In the report, Bankability Through the Lens of Transparency, Marsh and McLennan and the IDB argue that enhancing transparency of infrastructure delivery and financing can not only increase sustainability but as well as infrastructure bankability.

Governance issues in Latin America have received global attention in recent years.  In Transparency International’s, more than half of the respondents from Latin America lamented that their governments were failing to address corruption – and almost two-thirds of respondents felt corruption had risen.

After a series of political shakeups, the region’s governments are taking increasingly active steps to address corruption issues, win back confidence and restore promising pipelines of infrastructure projects for investors. Between 2016–2018, every single LAC6 country passed either a whistle-blower law or a significant anti-corruption law at the federal level to combat graft. Over and above these, measures have been taken across the region to strengthen the transparency and independence of both political and financial institutions. Brazil and Peru have passed laws mandating anti-corruption training or compliance programs for corporates, while Mexico and Colombia have entered into international agreements that include provisions for anti-corruption.

To ensure their anti-corruption measures translate into investment, the region’s leaders are working to establish a robust pipeline of projects and an attractive investment environment with active capital markets.  Brazil, for example, has taken the impressive step of mandating its national development bank BNDES to reduce its prominence in the country’s loan markets, opening up opportunities for more private sector participation via domestic capital markets. Colombia and Argentina have also passed significant reforms to unlock access to certain kinds of capital previously barred from the infrastructure space by regulation.

Despite this promising progress, governance issues remain a serious concern for investors looking at the LAC infrastructure: in a recent Mercer-IDB Group survey of institutional investors regarding investing in LAC infrastructure, the two most prominent ‘Deal-Breaker Risks’ identified by respondents were Governance Risks and Political/Regulatory risks.

Moving from interest to action

Successful engagement of investors in the region’s infrastructure passes through a regime shift in three key elements: in the approach, they use to identify and analyze infrastructure investments; in the institutional landscape they invest in, and in the instruments, they deploy to mitigate or transfer unwanted risks.

Approach: It is possible for investors to reduce the risk level of an individual investment or portfolio by pursuing an investment approach that can truly be classified as sustainable. The IDB has defined sustainable infrastructure projects that are planned, designed, constructed, operated, and decommissioned in a way to ensure economic and financial, social, environmental, and institutional sustainability over the entire life cycle of the project.

Private investors, sponsors, and developers that plan and deliver truly sustainable infrastructure will experience reductions in governance risk, environmental risk, social risk, demand/operating risk and construction/completion risk for their projects. In return, this will provide an element of mitigation against political and regulatory risk, as projects highly aligned with countries’ policies and priorities, as well as, supporting sustainable development and local communities, would be perceived as less vulnerable to political volatility.

Landscape: Private investors could improve management of governance and political risks by focusing on the institutional capacity of the countries they invest in. One tool to this aim is Infrascope, a benchmarking index commissioned by the IDB that evaluates the capacity of countries to implement sustainable and efficient public-private partnerships (PPPs). Indeed LAC countries’ average score (58) is slightly higher than the global average (56), however, where their scores lag are the “Institutional Framework” and “Investment Climate” categories.

Furthermore, investors could award countries where there are transparent and publicly shared repositories of information about current projects and longer-term pipeline: and in Brazil aim to increase access to information for domestic and international investors by channeling documents and project information in a single repository, and by tracking projects’ development.

Instruments: When it comes to making projects as bankable as possible, selecting the right financial and risk transfer instruments for projects in the region is as important a decision for investors as choosing the right approach or identifying enabling investment. There is a range of instruments that can transfer or share investment risks and increase investor confidence – including co-investment financial instruments, risk mitigation schemes (such as guarantees) and insurance products (such as political risk insurance). Among the instruments with the highest potential for private capital mobilization, B-Bonds are co-investment financial instruments issued by infrastructure project companies (SPVs) and structured by IDB Invest.

Despite a challenging landscape, the foundations laid by various LAC6 governments have created a renewed interest from investors in the region and globally: increased transparency and visibility of project pipelines, together with more financial instruments are allowing institutional investors greater access to local projects at acceptable levels of risks. There is no room for complacency, however – a period of political, legal and regulatory stability still needs to follow the recent changes to ensure that the corner has truly been turned.

Liked the blog? Download our latest publication: “Bankability Through the Lens of Transparency”

Blair Chalmers is a director at Marsh and McLennan Insights. He leads Marsh & McLennan Companies’ research agenda and industry partnerships for the topic of infrastructure financing and development globally. He is a regular author and speaker in this area, as well as a contributor to the World Economic Forum’s Global Risks Report 2019 and the World Energy Council’s Energy Trilemma Index 2019. Prior to his current role he worked for Oliver Wyman, the management consultancy, where his projects focused on the energy and transportation sectors.