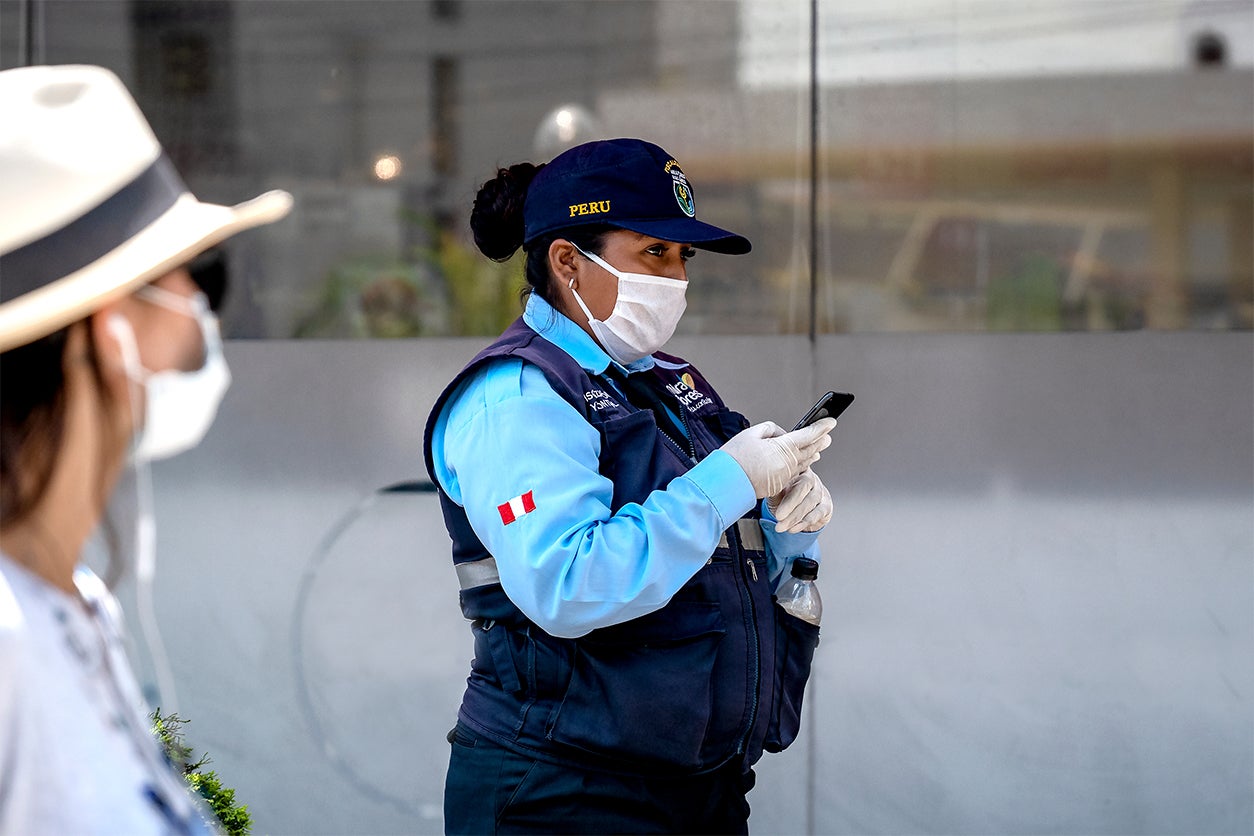 The use of security personnel to protect the communities and assets related to a project is a common practice in Latin America and the Caribbean, a region where 43% of the population says they are constantly afraid of being victims of a crime. The decision to hire security personnel usually arises after assessing the risks that threaten human security and assets related to operations.

Our new Environmental and Social Policy Framework (ESPF), however, recognizes that improper management of security personnel in the context of development projects could threaten community health, safety and security and thus explicitly requires the borrower to avoid or minimize such risks. A reference to this is found in the recently approved Performance Standard 1, which specifies the considerations of the environmental and social assessment process related to community health and safety, which are also complemented by Performance Standard 4: Community Health, Safety, and Security.

Why is community health a priority when using security personnel?

The risks to which the communities are exposed depend greatly on the social context in the project’s area of ​​influence and are of diverse nature and severity. The most common risks are associated with vandalism and petty crime, which generally do not require a large deployment of security personnel. However, there are other more complex risks such as robberies, armed protests, sabotage of company property or operations and, in more extreme cases, risks of kidnapping, hostage-taking and attacks that can cause fatalities.

Exposure to these risks depends on several factors, but undoubtedly one of the most decisive is the social context where project activities take place. In general, when a project is located in an area of ​​influence with high migratory flows, such as a border zone, or where there is certain degree of violence due to conflicts generated by circumstances outside the community, the need to strengthen community security and hire security personnel increases significantly. There are also areas where there is a history of permanent violence, either because there is a conflict or post-conflict scenario, or because there is competition for land or access to natural resources.

The risks and how to mitigate them

In most cases, we are looking to avoid an impact on community health, especially on the most vulnerable families. In situations in which the personnel are members of the community of the project’s area of influence, we seek to prevent an abuse of authority or excessive response from triggering intercommunity conflicts and exacerbating violence.

International good practices on this topic (such as those contained in the IFC’s Good Practice Handbook) are based on the idea that providing security and respecting human rights can and should go hand in hand. Therefore, it is necessary to implement policies that ensure that the response to any threat is proportional and that the provision of security is carried out appropriately. For this, it is important to keep in mind the five principles described in the following image.

In the case of private security, contracting companies must ensure a rigorous hiring process to select security personnel with good reputation and an impeccable track record. Companies must also have a code of conduct and provide training when necessary to clearly communicate what the desired behavior is and what actions will not be tolerated. Likewise, they must ensure an adequate supervision of security personnel, have a well-defined responsibility scheme and consider the community’s informed agreement.

It is important that the project’s executing agencies clearly define these parameters with the contracting companies and that, before starting the operation, they share with the community what potential security risks could call for a response from the contracted security personnel, what type of response should be expected, how that response might impact the community and what can be done to prevent or reduce those impacts. All of this is done, as already mentioned above, under Performance Standard 1 related to environmental and social assessment.

As in any project, it is vital to maintain open and fluid communication with stakeholders. It is also necessary to provide a grievance mechanism that allows the community to raise alerts regarding any violation of their rights.

Our performance standard also requires the borrower to investigate all allegations of unlawful or abusive acts of security personnel and to take appropriate action, supported by local legislation.

Security personnel can be private or public (eg, police and military). Although the use of private security is more common in the region, in some cases public security accompanies key projects in high-risk areas.

In summary, it is crucial for borrowers to take all these risks into consideration when conducting their social impact assessments and to rely on local legislation and international good practices to establish the appropriate mitigation measures for each case, always seeking proportionality in the response and a clear assignment of responsibilities. In the end, what must be avoided is that providing security to a project results in an escalation of tensions and an exacerbation of violence, affecting the rights of populations that, in many cases, are already vulnerable.