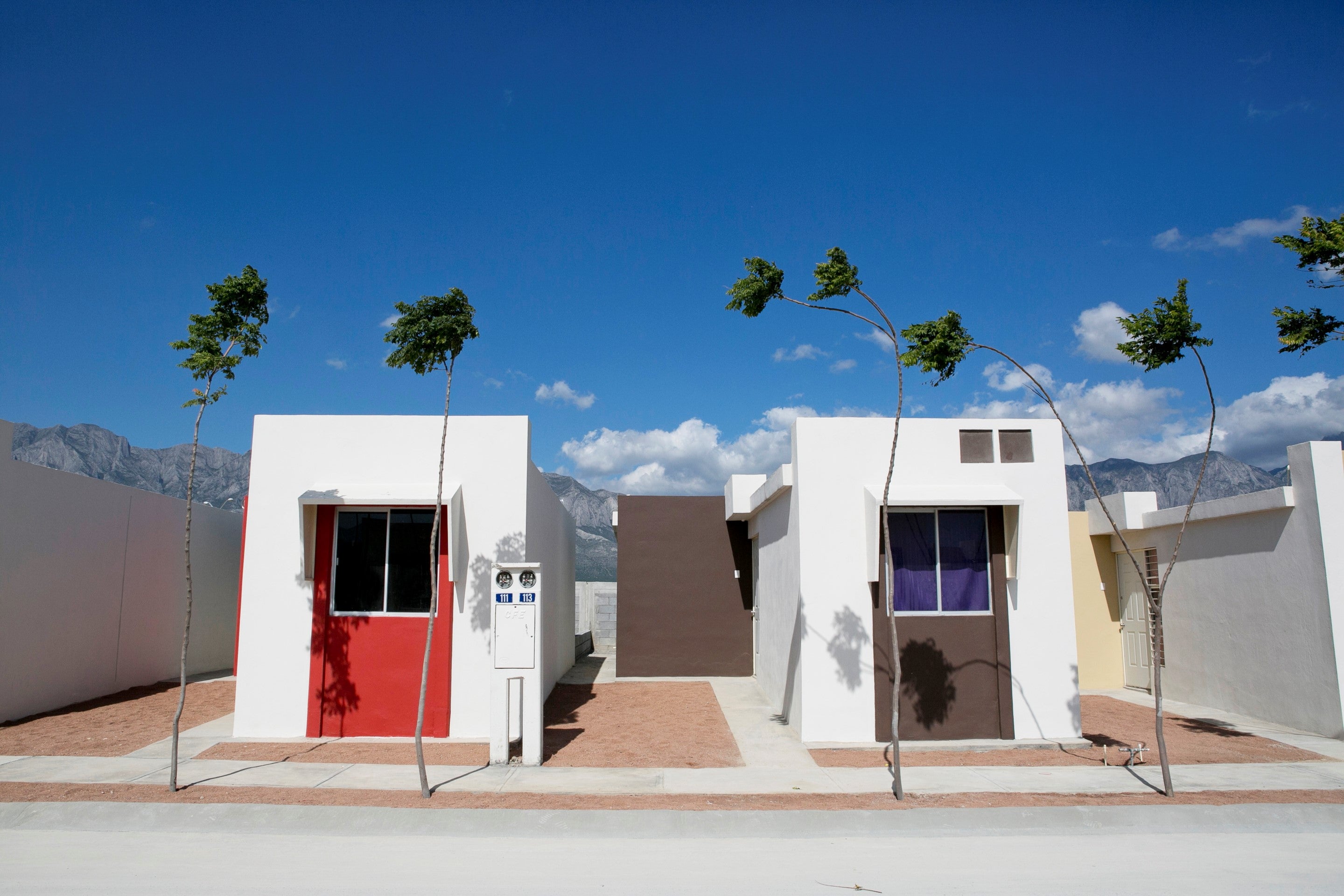 The first 700 houses of an initial 27,600 energy-efficient homes have already been completed and 5,000 houses are currently under construction for low to middle-income families in Mexico as part of an IDB project financed by resources from the Clean Technology Fund (CTF). In addition, more than 9.000 additional units have been submitted for evaluation.

The new houses will reduce GHG emissions, increase the comfort of residents, and lower their electricity bills. Some of the energy-saving measures implemented in these houses include: roof and wall insulation, reflective paint, and efficient windows, but the ECOCASA program does not prescribe particular technologies. The main requirement is to achieve a minimum reduction of 20% of CO2 emissions compared to a baseline. This technological openness spurs innovation among different developers, which can experiment with bioclimatic design, different technologies and building materials. It also keeps costs low as developers can adapt their housing designs to the wide variety of climate zones in Mexico.

The project. The Ecocasa program has received US$49.5 million from a CTF concessional loan as part of the Mexico Energy Efficiency Program, Part II, which was approved by the Bank in December 2012. The program also includes an IDB loan for US$50 million to the Sociedad Hipotecaria Federal(SHF, the Federal Mortgage Society) for subloans to local financial institutions to finance mortgages for homes that meet environmental criteria. The German Development Bank (KfW) is providing an additional US$105.5 million to leverage CTF/IDB resources, and the Latin American Investment Facility of the European Commission has approved a grant for the program of US$9 million.

SHF is using the CTF concessional resources to provide bridge loans to developers to construct houses costing up to MXN830,000. It is expected that the proceeds from the sub-loans (interest, principal, prepayments) over an implementation period of up to seven years will enable SHF to reinvest project resources in a total of 27,600 houses, considering the funds will revolve 2.5 times approximately.

With resources from the CTF technical cooperation grant, the program will increase its scope to not only consider the CO2 emission reductions related to the energy efficiency of the dwelling, but also to evaluate emission reductions related to: water consumption, the life cycle of building materials and transport. It will also contribute to disseminate knowledge on low-carbon housing among the general public, industry, universities, and government institutions; supporting the development of public policies for low-carbon housing.

Update on results. More than 700 housing units have been completed, in Monterrey, Nuevo Leon and, Pachuca, Hidalgo, In addition, over 5.000 units have already been approved for financing and are currently under construction and more than 9.000 additional units have been submitted for evaluation.

The technical cooperation activities include the following:

High-priority on housing. By 2030 Mexico will have 20 cities of more than one million inhabitants and the country’s housing stock is projected to increase by 56 percent. The residential sector currently accounts for about 16 percent of the country’s total energy use, 1 percent of commercial energy use (excluding firewood), 26 percent of total electricity use, and 14 percent of greenhouse gas emissions. The sector is indirectly responsible for energy use and greenhouse emissions in the construction sector, the cement and steel industries, the water and sanitation sector, and transport.

Reflecting the housing sector’s high priority, the IDB country strategy with Mexico 2010-2012 includes support for climate change adaptation and mitigation at the federal and sub-national level, and for increased access to financing in the housing sector for both mortgage lending and construction financing. The IDB-CTF project is also consistent with the climate change initiatives set forth in the IDB’s Ninth General Capital Increase.

ENACC identifies the following production and energy consumption sectors as having the largest potential for emissions reduction: land use, forestry and bioenergy, end use energy efficiency, power generation and distribution, oil and gas, and transport.

The project is also a part of the first Sustainable Housing NAMA framework in Mexico (first housing NAMA worldwide) based on the whole house approach. The project is aligned with the government of Mexico’s priorities regarding housing, and the IDB/SHF/KfW participate in the Sustainable Housing Committee, organized monthly by CONAVI (the head public agency for housing), where joint decisions on technical and policy aspects are made. Although this is the Bank’s first operation with SHF aimed to reduce residential emissions, the IDB supported the development of the Certified Developments DC (previously known as Integral Sustainable Urban Developments DUIS) by the SHF, which guarantee compliance with a set of indicators on community equipment, access to jobs, industrial activities and services. Previous IDB loans supported the SHF’s in providing financing for housing in the aftermath of the 2008-2009 economic crisis. An earlier IDB technical cooperation financed improvements in the country’s public registries.

Lessons learned. This project is very complex because it needs a very intense institutional coordination with the relevant agents in the housing sector (including CONAVI, INFONAVIT, housing developers). Besides, ithas also been identified that the following were critical factors for the implementation:

The innovation of the project is mainly due to the flexibility provided by the “whole-house approach,” The ECOCASA program does not prescribe particular technologies. The developer submits a design which is then evaluated and improved if necessary, before an ECOCASA credit is approved. This technological openness spurs innovation among different developers, which can experiment with bioclimatic design, different technologies and building materials. It also keeps costs low as developers can adapt their housing designs to the wide variety of climate zones in Mexico.