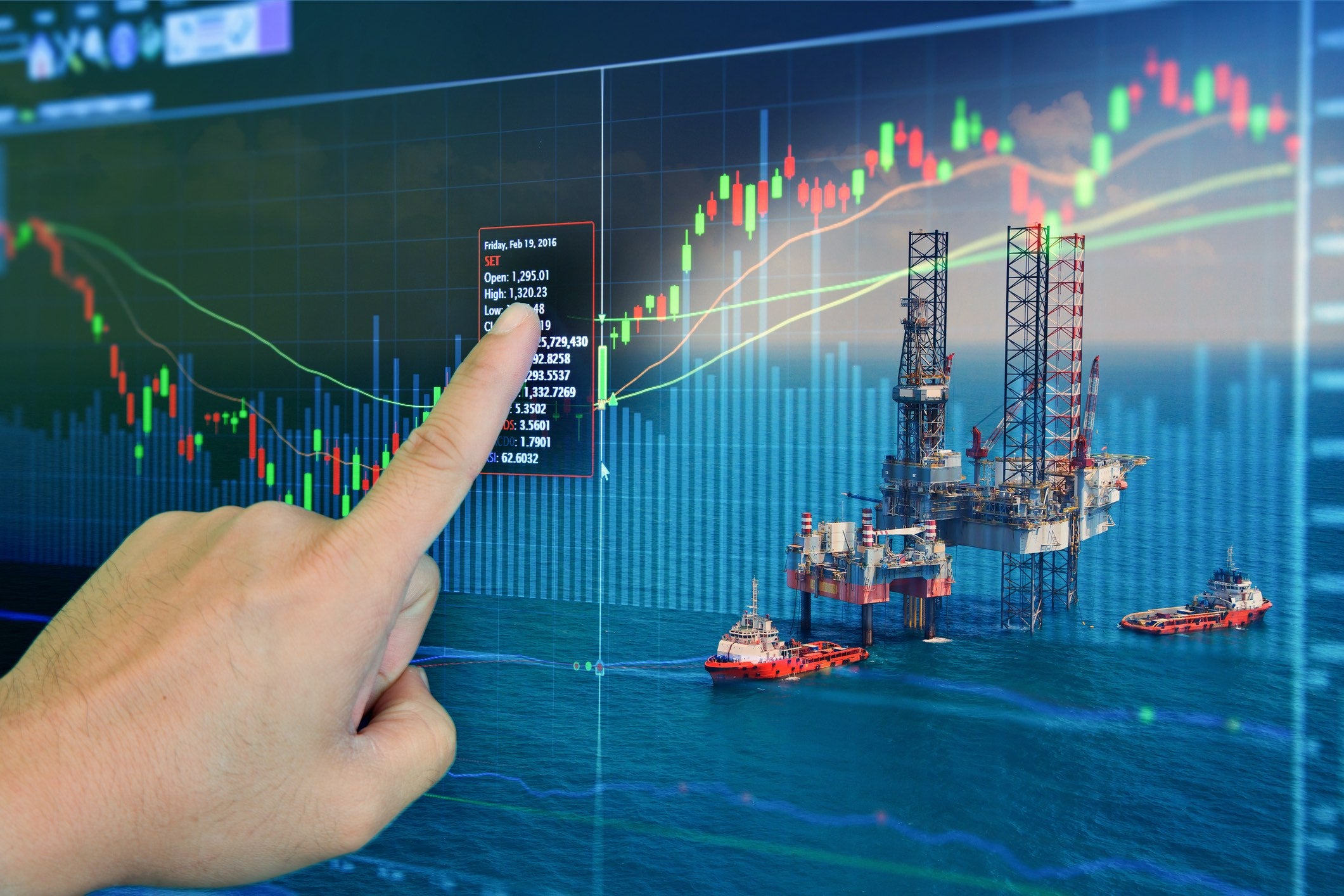 The war in Ukraine has produced a significant increase in energy costs that will likely delay the fiscal consolidation efforts already put in place by several governments in the region. This supply shock is also likely to fuel inflation and higher interest rates, adding further pressure on governments trying to service their debts. Higher domestic and global inflation has already led the Fed to increase its interest rates and reduce its balance sheet, for example. That, in turn, could generate capital outflows from the region and worsen financing conditions.

In such a difficult scenario, how can governments ensure they take the right steps, so their debt levels remain sustainable, and they succeed in reactivating their economies?

Unfortunately, there are no easy answers to this policy conundrum. But before discussing what can be done, let’s understand in more detail the impact of rising oil prices on revenue, spending, and debt levels in the region.

To estimate the impact, we computed the price elasticity of oil prices against fiscal revenues and public spending on different types of countries – ranging from commodity exporters like Ecuador and Colombia to those that have more diversified economies like Brazil and Mexico and others that are dependent on tourism such as Jamaica and other Caribbean countries. We also took into consideration whether these countries have high or low levels of energy subsidies.

We used price elasticity information to project fiscal balances and debt under two scenarios. In a war scenario, negative shocks to global growth are combined with a positive shock to the price of commodities. A second scenario, called war and normalization of policy, contemplates that the Fed will be on a path of interest rate increases in the next two years. This scenario also considers that the monetary policy of the advanced countries has a more aggressive and less gradual response than that anticipated by the market (Cavallo et al., 2022).The full results of those estimations and their impact on growth in the region can be found in the IDB Macro Report 2022. Here is a summary of what we have learned from this exercise:

Public spending could jump on average 0.42% in 2022 in the region, in part due to oil subsidies in place to smooth out price volatility and consumption in the domestic market. The impact, however, will be varied, depending on the size of such subsidies and the type of economy as shown in Graph 1 below[1].

Graph 1: Additional Public Spending in 2022 for Increases in Oil Prices

Rising oil prices will translate into higher revenues for governments, especially commodity exporters, due to rising export proceeds and dividends paid by national oil companies. The average revenue increase for the region could reach 1.2% of GDP in 2023 and 0.8% in 2024.  For commodity exporters, the windfall could reach as much as 2.2% of GDP next year and 1.4% of GDP in 2024 (Graph 2).

Such windfall, which in 2023 would be equivalent to the impact of three fiscal reforms for an average LAC country, will help offset part of the increase in spending.

As a result, as we can see in Graph 3 below, rising oil prices are likely to stymie efforts to reduce fiscal deficits in the region in the short run. Under the war and policy normalization scenario, average primary fiscal balances in 2022 may be similar to last year’s, while under the war scenario, the fiscal deficit will be close to what was expected before the war in Ukraine. But as usual, averages mask important heterogeneity across countries.

For commodity exporters, fiscal deficits could increase in 2022 compared with the previous year before resuming their descending path in 2023, when governments will receive the proceeds from rising oil exports and dividends. Tourism dependent countries will receive the biggest blow.

If the monetary response is strong, debt levels could be even higher. On average, our analysis shows that debt levels could be 5 percentage points higher in 2024 than the pre-war scenario. For the commodity exporters, the increase in fiscal revenue should help reduce the impact on debt levels, which are likely to remain stable or rise slightly under the most aggressive scenario in the medium-term.

However, tighter financial conditions and higher depreciation will lead to higher debt levels both in the war and in the war and policy normalization scenarios. For countries dependent on tourism, the war could change the debt’s downward path projected in the medium term. And last, for diversified economies, the shock in oil prices could increase debt levels as much as 6 percentage points on average by 2024 under the most aggressive scenario.

What should governments do to counteract the impact of the oil price shock caused by the war in Ukraine?

Under current circumstances, it is very difficult for governments to have a coherent policy response and there is not a solution that fits all cases. However, there are some measures that governments should consider preventing a bad situation from getting worse.

To curb spending in the short-run, government should improve focalization of social tariffs benefitting vulnerable populations and focus such types of subsidies on specific sectors that are important for economic activity, such as transportation and energy. In addition, governments should adopt price smoothing mechanisms for fuel prices that will be adjusted to market conditions based on moving averages instead of simply flat subsidies. This will allow governments to better manage the size of their spending and keep their fiscal deficit in check.

In the medium-term, governments need to continue to monitor the situation and analyze the impact of oil prices on spending and revenues. More importantly, governments must use additional fiscal revenues to reduce debt burdens and rebuild the fiscal buffers that were lost during the pandemic. Additionally, fiscal frameworks must be strengthened, so that measures are incorporated to mitigate the volatility of fiscal revenues, such as stabilization funds.

And lastly, this latest crisis is a strong reminder that Finance Ministries need to step up their efforts to speed up a green transition and reduce country reliance on fossil fuels. This means building macro fiscal frameworks consistent with decarbonization plans, investing more and better on green projects, promote green procurement, and improving management of stranded assets.

At the IDB, we are working closely with governments in all these areas. Visit our Fiscal Management webpage to learn more about our work in Latina America and the Caribbean.

Óscar Valencia is a Lead Specialist in the IDB's Fiscal Division. Prior to this, Óscar was General Director of Macroeconomic Policy at the Colombian Ministry of Finance. He has served as technical secretary of the Independent Committee for Fiscal Rule in Colombia and as a member of several boards of directors in Colombian companies such as Colpensiones (The Colombian public pension system) and Coljuegos (The Colombian regulator of games of chance). He has also served as Acting Director of Fogafin (The Guarantee Fund for Financial Institutions). He also worked as a researcher at the Banco de la República and the Colombian National Planning Department. Prior to that, he was a consultant in the IDB's Research Department. His research agenda focuses on fiscal policy and macroeconomics mainly in emerging economies. He has published in different academic publications on topics related to macroeconomic policy. He holds a Ph.D. in Economics with honors from the Toulouse School of Economics (TSE), a Master's in Mathematical Economics from the same university and a Bachelor's and Master's in Economics, with honors, from the National University of Colombia.

Matheo Arellano is MSc. in Economics from Universidad Eafit and economist with emphasis in financial and international economics from the Pontificia Universidad Javeriana (Cali). He is a consultant in the Fiscal Management Division of the IDB, working on developing macro-fiscal general equilibrium models, the estimation of prudent debt levels, and the calibration of fiscal rules. Before joining the IDB, Matheo was associated with the economics department of Universidad Eafit as a research assistant participating in several consulting projects and was also a treasury analyst in equities and bonds for a banking institution in Colombia. His areas of interest are macroeconomics, fiscal sustainability, development, and economic growth.