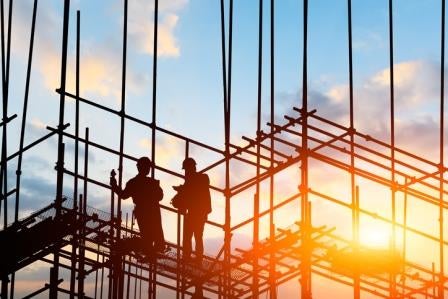 “The flutter of a butterfly’s wings can cause a hurricane halfway around the world.” This simple phrase introducing chaos theory may also sum up the impact that Basel III capital regulations could have on available finance for public-private partnerships (PPPs).

The new capital regulations being implemented under Basel III are part of efforts to strengthen the requirements and definitions of what constitutes bank capital, as well as the coverage and liquidity ratios that commercial banks should be required to maintain. These changes will impact the incentives for commercial banks to finance long-term investment projects under the “project finance” structure, at a time when the infrastructure gap in Latin America and the Caribbean (LAC) is widening (see Image 1) and the options to access finance for infrastructure projects are limited (see Image 2).

Basel III introduces stricter regulations for the reserves and capital ratios banks must maintain, as well as specific requirements for liquid assets to avoid or mitigate a possible banking crisis. For example, according to the new regulations:

Under Basel III guidelines, commercial banks that offer loans to Special Purpose Vehicles (SPVs) –key elements in PPP structuring – should maintain liquid reserve assets equivalent to 100% of the loan provided to the SPV. In other words, for every dollar loaned to these entities, the banks must have another dollar in reserves, making it less appealing for banks to lend to SPVs given the high cost of doing so. The guidelines also require banks to have a larger proportion of so-called Required Stable Funding (RSF) assets, which are highly liquid by definition. This regulation is therefore at odds with a  longer-term, less-liquid investment portfolio.

As a consequence of new capital restrictions under Basel III, commercial banks are expected to face higher costs, which could result in higher cost of finance. Some estimates put the increase in finance cost as high as 60 to 110 basis points. In addition, the gap in the supply of long-term loan resources is closing. Today, an estimated US$1 trillion [2]

has been redirected from longer-term “project finance” lending to short- and medium-term instruments and portfolios.

Although the availability of long-term financing from banks will decrease, opportunities to provide infrastructure finance may increase for institutional investors including pension funds and multilateral banks. However, infrastructure investment needs are so enormous that the resources provided by institutional investors may not suffice. This could raise pressure on governments to boost their own support to meet financing needs through guarantees, subsidies and other forms of support, especially for PPP projects.

For Latin America and the Caribbean, a region where PPP projects already receive relatively more government support (see Image 2), these changes mean that governments will have to increase their backing for these projects even further.

It is therefore paramount that PPP projects closely follow the procedures established by legal and regulatory frameworks frameworks [3] to ensure priority is given to projects that demonstrate added value through the PPP project structure over other forms of infrastructure finance.

Solid bricks, the foundations on which to build successful PPPs

PPPs in Brazil: Responding to infrastructure needs or a fiscal sustainability problem?

Learn about our MOOC: