Jorge Puig is a researcher at the Center for Distributive, Labor and Social Studies (CEDLAS) of the National University of La Plata (UNLP). He has a Ph. D. in Economics from UNLP and he is a Ordinary Full Professor at the same University. His work focuses on public economics, fiscal policy, and income distribution. He has published in national and international journals such as the Journal of International Money and Finance, Energy Economics, El Trimestre Economico, Revista Economica, Estudios Economicos, and Latin American Journal of Economic Development, among others. He was visiting economist at the Inter-American Development Bank (2017) and secretary of the Argentine Association of Political Economy during 2017-2019. 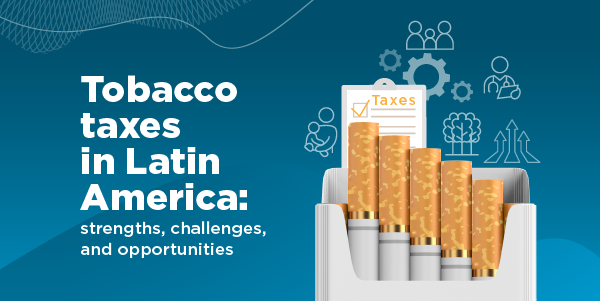 Fiscal policy has a key role in reducing tobacco use. According to the WHO FCTC, raising taxes has been one of the most effective measures by far. This is because an increase in taxes, directly affects the price, which in turn makes tobacco products less affordable. Pricier tobacco products have the positive effect of reducing tobacco initiation, prevalence, and consumption. … END_OF_DOCUMENT_TOKEN_TO_BE_REPLACED