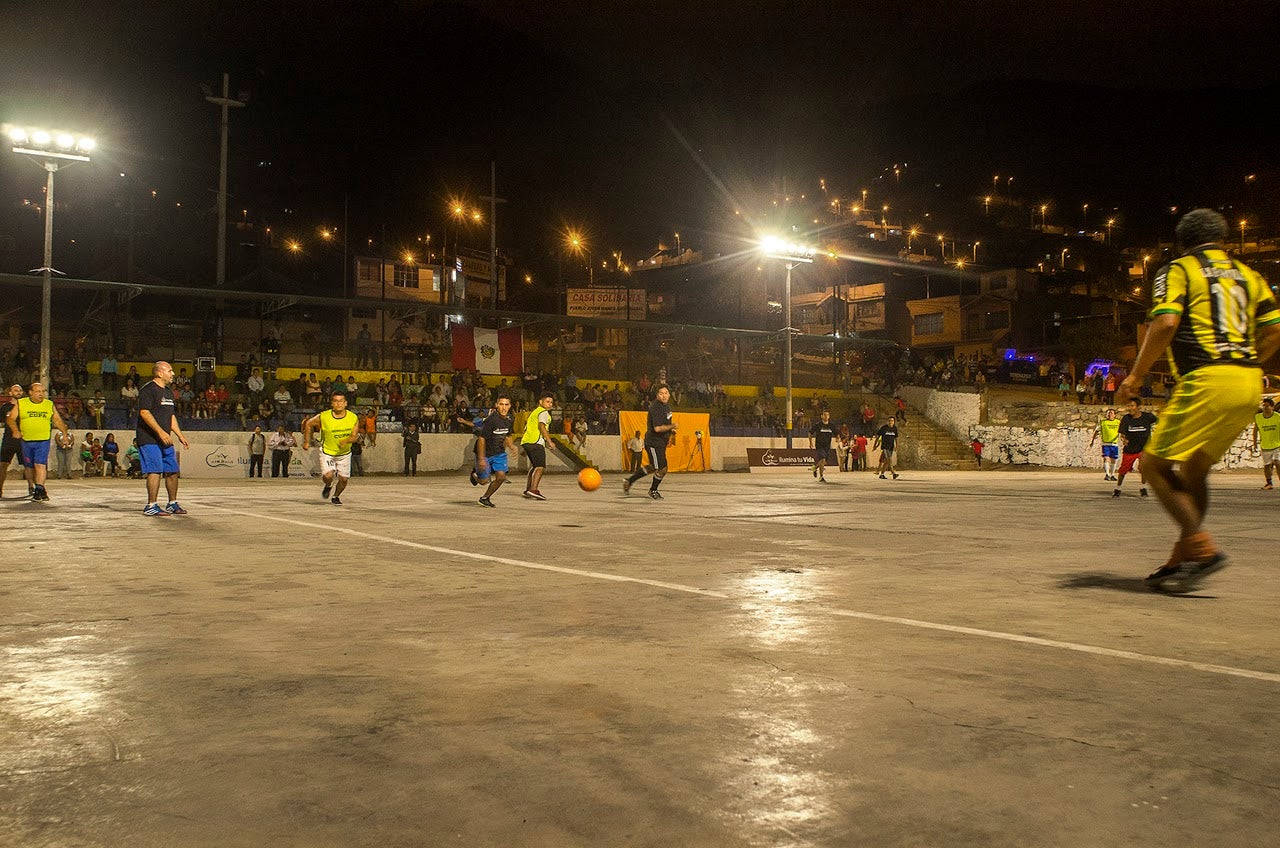 The atmosphere was filled with joy and enthusiasm as residents of Lima attended the inauguration of the newly lit Tahuantinsuyo Park sports field, located in the district of Comas in Lima, Peru. The event was part of the “Light Up Your Life” program, which is promoted by the IDB and Philips Lighting. This program aims to promote energy efficiency and sustainability by creating well lighted community spaces, improving safety, and integrating all citizens into the community.

This is a regional project covering twenty community centers in four countries (Peru, Mexico, Colombia and Brazil), with Peru being the first country in the region to inaugurate seven community spaces: three in Lima (in the districts of Comas, Carabayllo and Villa el Salvador) and four in Cusco (one in St. Jerome and three in Kosñipata), benefiting a total of 10,000 people nationwide.

As part of the event, cultural associations like La Gran Marcha de los Muñecones, Bigote de Gato, and Puckllay performed, while children from the community, who were trained by “World Coaches,” played soccer. This activity was led by representatives of the Dutch Soccer Federation (KNVB) including international soccer legend Johan Neeskens, who was a part of the Dutch national team that was a runner up during the World Cup in Germany in 74’ and Argentina in 78’.

The “Light Up Your Life” program incorporates projects that use the highest lighting technology, like LED technology, which creates energy savings of up to 50% as compared to conventional technology. It also provides quality lighting that uniformly illuminates spaces where children, women, and their families can practice sports, cultural, and recreational activities in a safe environment.

“This alliance formed last year with the IDB will allow us to continue running this type of project, which began in 2012 and has evolved but continues to have the aim of supporting disadvantaged local communities with sustainable projects. Lighting these sports fields is proof of this commitment,” said Hector Mendoza, Projects Sales Manager of Philips Lighting North Latam.

For its part, Viviana Caro, the IDB representative in Peru, said that “there are about 26 million people without electricity service in Latin America and the Caribbean, which affects development opportunities in the region and the reduction of the poverty level. With this project we are supporting the promotion of energy efficiency, renewable energy, and sustainability.”