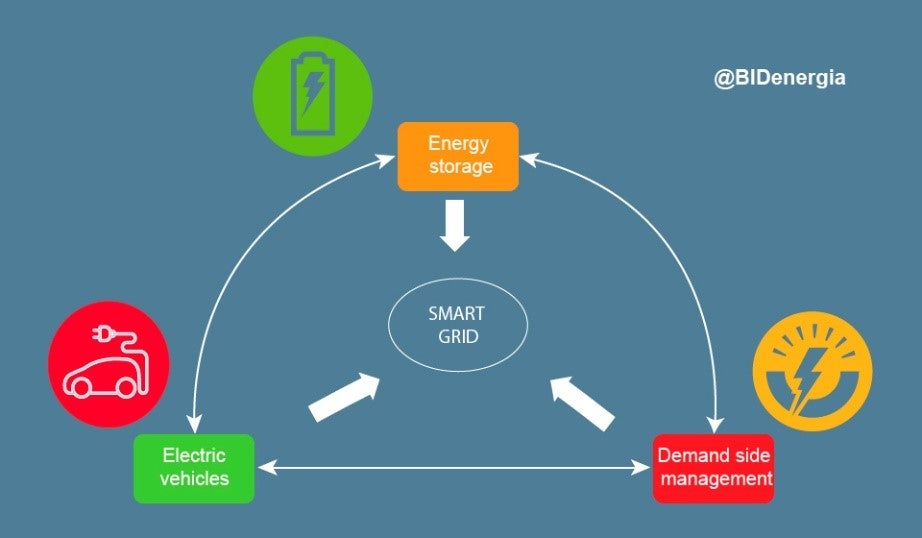 The price of solar energy has been dropping dramatically during last 20 years and the projections suggest that it will maintain that trend in the coming years. In a near future, solar energy in Suriname will be cheaper than the electricity coming conventional fossil fuel plants.

According to the International Renewable Energies Agency (IRENA) the global weighted average Levelized Cost of Electricity (LCOE) for solar photovoltaic projects around the world decreased by 73% between 2010 and 2017, with an average cost of 10 US$ cents/kWh. The projections are that in 2025 the cost of solar energy will be 6 US$ cents/kWh. 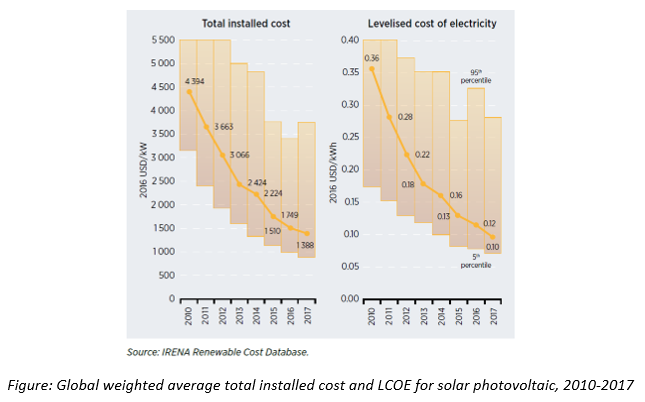 In Suriname, according to the national electrical utility, the actual total cost of electricity is the main power system is 13 US cents/kWh, including generation, transmission, operational and maintenance costs. In 2018, only the cost of fuels and lubricants used in the Heavy Fuel Oil power plant, was 8 US$ cents/kWh.

Recently, we organized an in-depth discussion in the University of Suriname with energy, agriculture, mobility and urbanism specialist on how these sectors can be developed in a sustainable way in Suriname. The energy session focused on the opportunities for the development of non-conventional renewable energy sources in Suriname, with emphasis on solar energy.

How is the regulatory framework for solar energy in Suriname?

The Electricity Act 2016 in Suriname states that utility scale solar plants shall be introduced by organizing a tender process and by signing Power Purchase Agreement between the energy company and the owner of the solar or wind power plants. This system has been very successful in other countries from the region in achieving rapid growth and a low cost of renewable energies.

With this sort of agreement, Suriname would be buying green energy instead of the equipment.

The Electricity Act 2016 also establishes the possibility for private consumers to install their own solar panels for self-consumption and to use the electric grid to exchange the energy by using net metering scheme. The user can recover the energy excesses sent to the grid with no additional cost.

How to handle with resource variability of intermittent energy sources?

However, one of the main barriers for the development of solar (and wind) power, also known as Variable Renewable Energy Sources (VRE), is how to handle their variability. Solar and wind resource varies during the year, the day or even during a small fraction of time. This is a challenge for the grid operator who has to assure that the demand is always satisfied and that the electricity meets certain standards of quality (for example in terms of frequency and voltage variation).

To reduce this challenge, a source of firm energy is needed, and large hydro power plants can provide it at reasonable cost. Hydroelectric dams are ones of the most flexible units that can be adjusted to handle with fluctuations on the demand, but also in the generation.

In this regard, Suriname has a great advantage compared with other countries in the Caribbean. The existing hydropower plant, Afobaka dam, which supplies about the 50% of the electricity demand of the country, can be one of the keys for the development of solar and wind energy.

Additionally, in Suriname there is a good complementarity of the hydro and solar resources. During dry season, when the level of the dam is low, the solar radiation is higher. In this period, solar energy can help reduce the risk of energy deficit. It should be considered that is during this period when the peaks of demand occur, mainly because of the intensive use of air conditioning in buildings.

However, to achieve a higher integration of VRE, specially taking into consideration the short-term variability of these sources, the hydro dam might not be enough and to avoid creating negative impact in the electricity supply, it would be necessary to look for alternative solutions. Energy storage, energy demand management or electric vehicles could play an important role in having a more flexible and smarter grid able to integrate intermittent energy sources. These solutions are being implemented around the world and their price is dropping.

Solar energy for the Hinterland?

Other feasible areas for implementing solar energy are the 135 villages located in the interior of Suriname (Hinterland) where solar solutions can provide 24 hours of clean, reliable and affordable energy. Most of them are receiving 4 to 6 hours electricity by using diesel generators, which is an expensive and polluting solution. Therefore, transition to minigrids powered by solar panels is a promising alternative. The recently inaugurated solar plant in Atjoni and Pokigron can be the showcase for the development of this kind of solution.