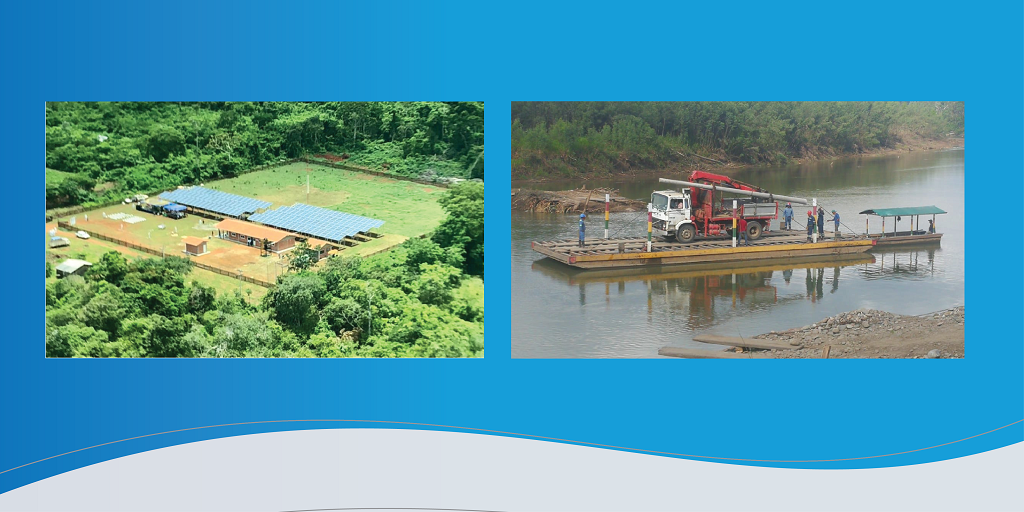 In 2010, the IDB approved its first Programme of Rural Electrification (PER) in Bolivia, of which the objective was to grant access to electricity to the most remote areas of Bolivia. It resulted in more than 3,000 km of distribution lines and two transmission lines of 200 km that became operational in 2015. Now, Bolivia is looking to enhance rural electrification and its productive use.

The country embarked on a second Programme of Rural Electrification (PER II), which is a continuation, complement and modernization of the PER I. The PER II is a project that is financed by the IDB. It will be implemented nationally but directed by the Departmental Autonomous Governments.

Its objective is to increase the coverage of the electricity service in rural areas and enhance electrical energy’s transmission capacity. Moreover, some innovative features can be also observed in the new program, such as the focus on the productive use of electricity and on gender impact. Therefore, on top of enhancing access to electrical energy in rural areas, it will also contribute to the broader objective of reducing levels of poverty in the country.

We seek to identify challenges to the productive use of electricity

An intrinsic part of this project has to do with monitoring and evaluation. On the one hand, the objective is to evaluate the success of the PER I in terms of access to electricity. On the other hand, we seek to identify which are the obstacles preventing households or producers (we distinguish between the two, though often production takes places inside the household) from making a productive use of this electrical energy, in view of better informing the implementation of the overall project. One tool to monitor and evaluate this project is by carrying out a survey.

As a preparation to the more general survey, a pilot survey was carried out in the rural areas of two Bolivian Departments, Oruro and Cochabamba. The purpose of this preliminary exercise was to test some hypotheses about the obstacles that households or producers face in their productive use of electricity in rural areas, and to identify potential risks and challenges that might be encountered in the final survey design and implementation.

The pilot survey included interviews from 49 producers in the Department of Oruro, and 62 in the Department of the Tropico of Cochabamba. These were located in rural and dispersed areas, belonging to different villages within the same department. Several important observations emerged from the pilot survey.  One of them has to do with the diversity of Bolivia’s agriculture and climate.

Only 11% and 20% of producers interviewed reported to be using equipment with electrical energy in Cochabamba and Oruro, respectively. Those that do primarily use it for water pumping, and to a lesser extent fridge, radio and computer. Those that do not use electrical energy for their equipment report economic and geographical (i.e. distance to the production zone) problems.

Why is a second program necessary?

The fact that electrical energy is not being used for more equipment can partly be explained by a lack of training or of technical assistance in its application or use, as most producers report. The lack of access to credit to buy more appropriate equipment also appears as an obstacle, based on responses to a question on what is needed to increase production, after electricity has been made accessible.

These findings from the pilot survey are key for the PER II and for its monitoring and evaluation for several reasons. First, they justify the need for a second PER, as they reveal that having access to electricity on its own is not sufficient to increase production, and that making a productive use of electricity will not come automatically with granting of access to electricity. Second, they help identify key areas that need improvement and that could enhance the productive use of electricity, such as training and access to finance, amongst others. Finally, they show that controls for region, geography and climate are needed in the general evaluation, as needs and therefore policies will differ across these.

The pilot survey only offered a foretaste of the general monitoring and evaluation project of the PER II, as the latter will extend the definition of productive use to include socio-economic aspects, such as health, safety and education, as well as gender, amongst others. Indeed, the benefits of having access to electricity and increasing its productive use go beyond the primary purpose of equipment use and production enhancement. The survey will also distinguish between the use and productive use of electricity for household purposes versus production purposes.

Pauline Ravillard is currently working as an Energy Economics Research Consultant in the Knowledge Team of the Energy Division at the IDB. She is working on projects of rural electrification, energy efficiency policy and energy-saving technologies, amongst others. Prior to joining the IDB, she was an Associate Researcher in the Economics Department of the European Investment Bank. She did her undergraduate studies at the University of Bath (UK), holds two Masters’ degrees from the University of Oxford (UK) and Paris-Dauphine (France) and is completing her PhD in Economics at the University of London (UK).