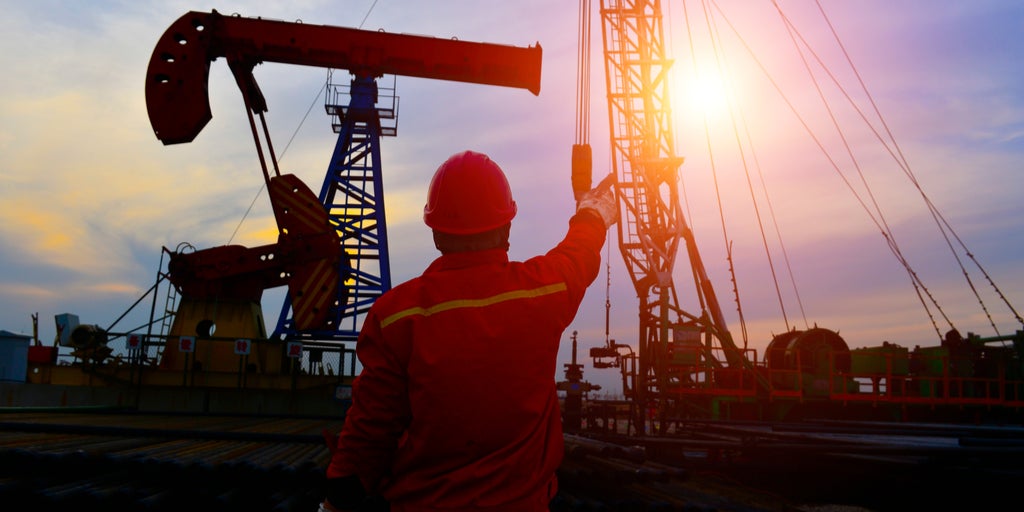 In March 2020, oil prices crashed by around 60% from their previous six-month high, with Brent oil – the international benchmark – falling US$22.74 per barrel on March 31st, its lowest daily level since 2002.

From December 2019 to February 2020, oil demand in China fell by around 2 million barrels per day (mbd) because of the rapid propagation of the novel coronavirus. The subsequent spread of COVID-19 to other large economies in Europe and North America caused demand to accelerate its decline.

Given this decline, markets expected large producers like Saudi Arabia and Russia to reduce output and bolster prices. However, in the first week of March 2020, the opposite happened: an unexpected disagreement between Saudi Arabia and Russia over cuts led to announcements from both (along with other big producers) on massive increases to output that have been fulfilled. The potential new agreement to cut output by 10 mbd that was discussed on April 9 may be too little, too late.

In essence, all producers are out for themselves to capture as much as possible of the shrinking market caused by the pandemic. As a result of this competitive market, the price of oil collapsed by more than 70% – with tremendous consequences the world over.

What does this illness mean for Latin America?

As an initial response, like their international counterparts, Latin American national oil companies (NOCs) will slow down or postpone investments in new projects or exploration activities and will instead focus on streamlining operations, reducing costs, and keeping existing fields pumping for as long as possible. At the same time, the fiscal revenue contraction caused by the reduced transfers from NOCs will force governments to consider fiscal, social, and monetary mitigation measures.

Mexico’s oil sector is significantly exposed to international oil prices. Pemex, the NOC, reported an average production cost of US$14 per barrel in 2019, but to have profitable operations most of the producing fields need prices of at least US$35 per barrel because of taxes and indirect costs. From the fiscal perspective, it is good news that the government hedged in 2020 a share of the oil sales at US$49 per barrel to mitigate impacts on the national budget. However, current prices will impact fiscal deficits, investments, and challenge the financial health of the company.

Brazil produces more than 60% of its oil from the Pre-Salt deposits. According to Petrobras, new projects in the Pre-Salt have breakeven prices[1] between US$35-45 per barrel. This means that at US$30 per barrel the company can remain profitable by maintaining some of its current production, but most new oil development projects will be uneconomical[2]. Similarly, Colombia’s Ecopetrol, reported in 2019 an average production cost of US$35 per barrel[3] and its plans to increase production to 0.8 mbd by 2022 will be challenged.

The most dramatic effects will be felt by Venezuela. Already experiencing inexorable declines in output stemming from mismanagement and a much-diminished export market, this price collapse is a heavy, additional burden on its oil industry. The Venezuelan oil has declined in quality over time, leading to declining prices that can average as much as US$20 below Brent. This means that Venezuela is selling its oil around US$10 per barrel and losing money on every barrel it sells.

Price decline and the collateral damage for Latin America

Countries with large oil development projects in progress such as Guyana’s offshore or Argentina’s Vaca Muerta will see a reduction in investments and delays in new production. In the case of Argentina, the development of Vaca Muerta resources are at risk because unconventional hydrocarbon production requires high and consistent investments to reach high productivity and returns. The national oil company, YPF, reported in 2019 breakeven prices of Vaca Muerta producing fields between US$35-40 per barrel.

The current situation is unprecedented because of the dangerous mixture of serious demand decline and unprecedented competition among the world’s largest producers. The collateral damage of this circumstance is large, and it includes Latin America’s oil producers, which have very little control over the prices.

The temporal expectation is very much up in the air. We expect to see supply growth to slow down towards the end of 2020 as higher cost producers come out of the market as low prices make operations untenable. Since records started, global demand has never fallen on the expected scale of 25 to 30 mbd, making clear the tremendous size of the challenge.

Paola Carvajal is a consultant at the Mining, Geothermal Energy and Hydrocarbons Cluster of the Infrastructure and Energy Sector at the IDB. Previously, she was a principal at Arthur D. Little, with a strong focus on the oil & gas industry. She holds a master’s degree in international development policy (energy) from Duke University and a bachelor’s degree in finance from Universidad Externado de Colombia