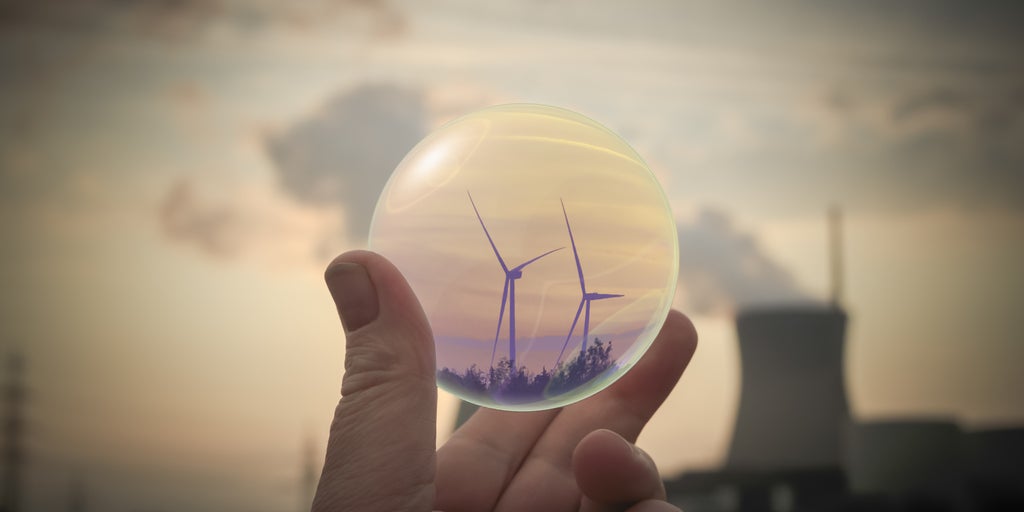 Investment in sustainable infrastructure and renewable energy has become a key part of economic recovery plans for major economies. Many countries are taking an opportunity in this current crisis to propose recovery programs that can help address climate change and promote sustainable development. Examples of such proposals include advancing sector digitalization, electrification of transport, smart-metering technologies, energy efficiency systems, and system flexibility using storage (including batteries and hydrogen).

These investments aim to promote job creation to alleviate the current crisis in the short term while improving long-term energy sustainability. We highlight key plans around the world that are emphasizing energy transition measures as part of their green economic recovery. The countries discussed here incorporate green strategies that were already being developed before COVID-19 as a pillar of their post-pandemic recovery plans. With this, they have committed their budget and financing tools to accelerate the energy transition in their countries.

Accelerating the transition is an urgent need if we want to meet the 2050 climate-neutral objectives. By recognizing we are running out of time, green recovery plans are efforts to reorganize national resources to handle recovery while quickly transitioning simultaneously by leveraging synergies instead of solving economic and environmental challenges sequentially. However, this can be economically challenging, and governments will have to go through great efforts to achieve both economic and environmental goals.

This article can be food for thought to discuss how energy transition elements can be relevant to Latin American strategies for economic recovery. Until now, we have not seen any publicly announced green recovery plans accelerating or substantially changing LAC countries’ energy transition strategy implementation pace. However, it is an increasingly relevant topic that is currently being discussed in the region, particularly due to numerous countries using their energy transition objectives as a core element of their recovery plans. The following elaborates on this by depicting the main issues relevant to the energy sector that have been included in the most prominent recovery plans around the world.

Many Asian countries have announced their recovery plans, and all of them have a significant focus on green technology investment and a push toward clean energy transition. China’s efforts have concentrated on decarbonization of transport through electric mobility as well as city-led and province-led projects in innovative infrastructure and new generation networks.  Meanwhile, South Korea and Japan have an interesting focus on distributed renewable energy.

South Korea’s recovery plan, for example, is composed of two new agreements:  the New Digital Deal and the New Green Deal. The Green New Deal contains provisions for building new green infrastructure, establishing an innovative green industry ecosystem and promoting low-carbon and distributed energy resources. South Korea seeks to reduce dependence on coal and reach 20% of renewables in ten years, and 35% in two decades. This includes increased support for renewable energy and distributed energy as well as the development of hydrogen vehicles, construction of new hydrogen production facilities, increased use of green vehicles and emissions reduction. This will represent an 82% increase in public financing budgets in the coming year including $4.5 billion in renewable energy and hydrogen funding, $4.9 billion for green building transformation, and 1.4 billion to finance the low carbon industry and green and sustainable companies.

As part of their post-pandemic economic recovery plan, the European Union has proposed the implementation of the Green Agreement that consists of investment in areas such as green building, renewable energy, conservation, green transport, and research and development. The European New Green Deal aims to ensure that everything is used to its fullest potential and stipulates that public investments must abide by an oath of “do no harm”.

The European Commission proposed a stimulus package called “New Generation” consisting of $1.15 trillion financed by financial markets. This will be achieved by temporarily increasing the EU’s own resources ceiling. This will be accompanied by 25% of the European Union budget being spent specifically on green investments and additional funds for “Horizon Europe” ( $113 billion ). Significant efforts will also be made to create an environment with greater long-term certainty to encourage the participation of the private sector in green investments. To ensure that environmental and social interests are integrated into private sector strategies, the Commission will present a new initiative in 2021 on sustainable corporate governance.

One of the most immediate proposals is $50 billion combined through public investment and loans in green jobs to help reduce the socio-economic impact of the energy transition and create a new public sector loan facility to help with the transition.

The use of regional funds and the implementation of European policy at the national level have varied historically. The European “Green New Deal” is no exception.  Germany, Denmark, Finland, France, and Spain have already presented their national plans as well.

Germany’s green plan, for instance, consists of an expected investment of $145 billion focusing on clean industries and technologies. It combines funds stimulating demand, nudging industries to accelerate the path for energy transition and huge industrial effort in Research and Development.

The plan includes investing $12.6 million to directly impact consumer’s affordability by decreasing (two cents per kWh) the environmental fees for residential and small consumers. It also includes more than$2.3 billion destined for a renovation program aimed at CO2, and to support small municipalities access to the national climate protection initiative.

A particular focus of the plan is cleaning the energy used for transportation. It includes a 47-billion-dollar grant for public transport, electric vehicles, and renewable energy.

Hydrogen: The plan includes a policy pushing for a hydrogen market—$8 billion to promote demand and supply hydrogen-based vehicles and  $2.3 billion for an international hydrogen strategy to support supply.

Public Transport: Public Transportation Agencies will receive support in exchange for accelerating the pace of energy transition. There will be about $10 billion combined investment to support regional public transportation funds for reduced demand, continued investments for modernization, expansion and electrification of the tram system, as well as for electric buses and stations load. Germany will also invest $1.14 billion in supporting the aviation industry to reduce its carbon dioxide emissions. Lastly, there will be $2.3 billion to accelerate green investment in the automotive industry, around $2.9 billion in electric vehicle charging stations, and a $2.5 billion planned investment in R&D for a diverse array of areas relevant to green infrastructure.

How is this relevant to Latin America?

In Latin America and the Caribbean there has been an estimated loss of 17 million formal jobs and 62 percent of all informal jobs resulting from the Pandemic crises. Clearly, economic stimulus is vital to reduce the effects of job loss derived from the pandemic. Governments will need to make huge efforts to push their economies back on track, and for that they must look for creative solutions to improve resource allocation and maximize utilization of their available capabilities. Most of the countries in the region are under enormous pressure due to the recent period of slow growth that left limited fiscal space. In addition, oil- producing countries have been particularly hurt by the recent drop in oil prices, impacting their public resources and their public spending capabilities.

Conversely, LAC is well known for its huge availability of natural and renewable resources. Even before the pandemic, most of LAC countries made, and mostly followed, commitments in the direction of the energy transition, without dramatic transformation of their energy expansion plans. Our research showed that both energy plans and national commitment were strongly aligned. Most of the countries were on track regarding their NDCs commitments without major transformation of their matrix. However, we know that the NDCs are far from enough to reach the 2 degrees goal set out by the IPCC. And we know, that much greater effort will be needed each year we postpone the necessary changes to reduce emissions and the risk posed by the potential of stranded assets will grow.

Economic recovery from the pandemic is urgent and necessary, regardless of the difficulty and efforts required. It can, however, be a blessing in disguise. This could be an opportunity for LAC countries to improve their energy transition plans. Each country will have to strategically define itself according to its possibilities and comparative advantages. We have seen many examples in Europe and Asia. For instance, in Denmark are building wind energy islands. In LAC, countries could transform oil offshore units into wind offshore platforms. Similarly, the interest in hydrogen is growing around the world and this could open a market for the region to use its huge renewable potential to export electricity.

Additionally, LAC could push for a regional market to develop national clean industries. Reinforcing biofuels could be an efficient way to generate employment as it seems to have the highest employment multiplier in the energy sector. Additionally, investing in maintaining and modernizing the hydroelectricity subsector to assure and increase their potential as renewable storage could also be a key to achieving economic recovery and energy transition simultaneously. Now is the moment to take many of the ideas already on the table and combine them creatively with our response to the current crisis, considering carefully potential courses of action for each national recovery strategy.

The only way to move forward is with innovation, inclusion, solid technical knowledge and transformative action. It is imperative to acknowledge the challenge, but in a moment of great need, there is no better direction forward than accelerating the ongoing sustainability transformation.

Join us today for a conversation on this topic between IDB President, Luis Alberto Moreno, and two leading experts from the energy sector. Register here

Rogelio Celaya works in the Energy Division’s Knowledge Team of the IDB as an Energy Economics Consultant. He is involved in the development of the Bank’s new energy data platform and in analyzing data for several benchmarking projects aimed at comparing countries’ energy indicators. In the past, Rogelio created environmental and socioeconomic impact assessments on infrastructure projects for Thread Analytica. He also worked for the German Agency for International Cooperation (GIZ) in Central America in the areas of Renewable Energy, Geothermal, and Energy Efficiency. Rogelio has a master’s degree in International Economics, focusing on Energy, Resources and Environment with specializations in Quantitative Methods and Infrastructure Finance from Johns Hopkins University School of Advanced Studies (SAIS).