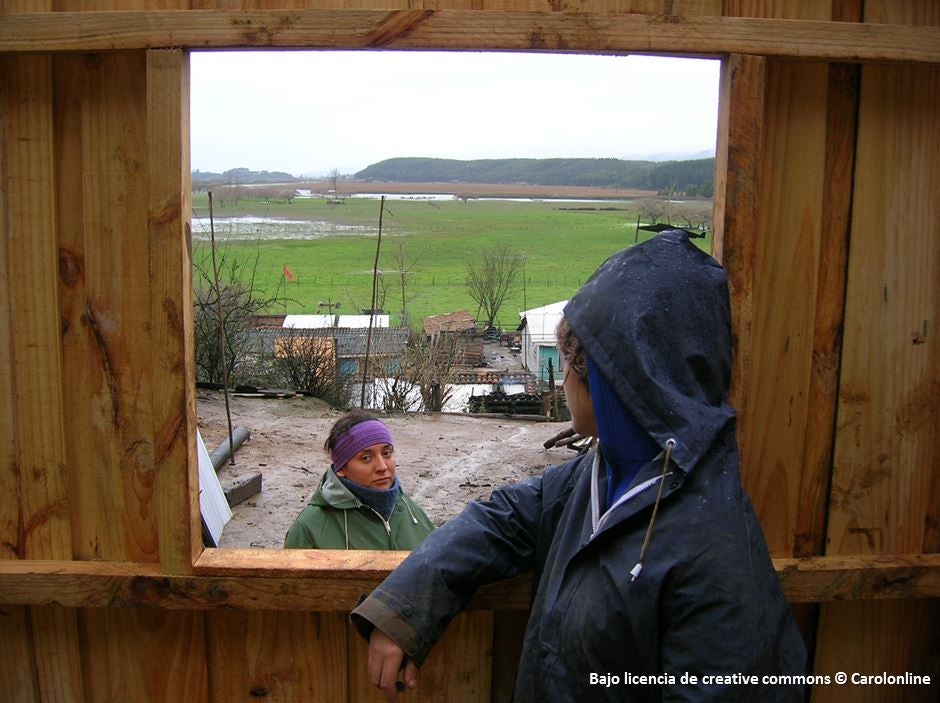 In 1997, a small group of Chilean students started working as volunteers in poor areas in the beautiful Bio Bio region in Chile. A few years later, the group decided to start building provisional emergency housing – called mediaguas in Chile – designed to house a family of four.

In 2000, over 600 volunteers helped build 5,700 houses, under the umbrella of an NGO originally called “Un Techo para Chile”- a Roof for Chile. Fast forward. Today “Techo” operates in 20 countries, including the US, has mobilized over 600,000 volunteers and has help build over 90,000 houses in 19 countries in Latin America.

Techo houses are typically made of out of wood or aluminum, are approximately 18m2 and take one to two days to build by a team of 6 to 12 people at an approximate unit cost of US$1,000, where the beneficiary contributes with 10% of this cost.

Techo targets the poorest informal settlements and the households within these settlements that live in sub-standard housing. Although typically these houses are improvements in shelter in terms of flooring, roof, and walls, the new house does not come with sanitation, bathroom, kitchen or amenities such as plumbing, drinking water, or gas.

The experimental design is based on the selection of beneficiary families on a lottery basis giving each family an equal opportunity to receive the upgrade within a given year in a given settlement.  J-PAL’s experimental design is then based on exploiting randomization of treatment at the household level within settlements (cluster), with eligible households assigned to treatment and control groups within each settlement.  An important feature of this evaluation is that it allows the same intervention in three different contexts: El Salvador, Mexico and Uruguay.

The study looked at several outcome variables including satisfaction with the house and life satisfaction, security, assets, labor supply, and child health, all contingent on Techo providing an improvement in terms of the quality of housing.

What were the results?

Although the paper is not on line yet, Un Techo and J-PAL presented (and streamed-in spanish) its main conclusions in a Seminar in Santiago.

These are the takeaways:

Treated households- in all of the three countries – show an improvement in the quality of the house in which they live in with respect to the control group. The program improved the quality of floors, walls, and share of rooms with windows. And these effects are large both in absolute and relative terms. This is not surprising as this is exactly what Techo aims to do. The improvements are more pronounced in El Salvador and Mexico.

Techo strives not only to provide better housing but also better self-esteem, pride and dignity among beneficiary families. In all of the countries, satisfaction with the housing conditions improves and people are happier with their homes and with their lives.

The increase in satisfaction in El Salvador – the poorest country in the group – with quality of life is twice that in the other countries. The evaluation also asked beneficiaries on their safety perception. This perception improves in El Salvador but not in Mexico or Uruguay.

And the results that should be food for thought

The improved living conditions and the higher self-esteem propitiated by Techo are important results, but do they lead to asset accumulation, work opportunities and better health outcomes for the affected population?

First and foremost, Techo is teaching us a critical lesson. Techo was willing to expose its core business to an external rigorous evaluation. Not many NGOs, international organizations, government agencies, academic institutions, or private companies can say the same.

In the presentation of the evaluation results, it was announced that Techo is starting a long term partnership with JPAL. Innovation without learning is hardly innovation

Second, poverty is multifaceted. Providing a partial housing solution is not enough. Improving health or labor market outcomes probably requires complementary interventions and closer coordination with government programs. If you are extremely poor, out of work, far away, a new house is not enough, but is a good start.

The challenge for Techo will probably be how to evolve to a more comprehensive approach, embedding complementary actions without losing the specificity and value of its core housing solution.