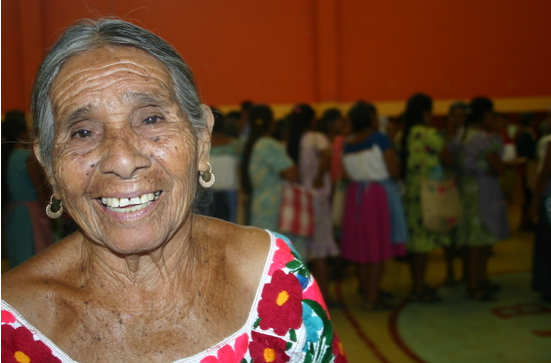 Undoubtedly, pensions are one of the most important components of a social security system.

Pensions improve welfare by facilitating individuals to be able to smooth consumption over the life-cycle. By contributing to a pension, an individual consumes today less than what she produces, so as to consume more after she has retired and is no longer producing. Pensions allow individuals to retire from the labor market without the fear of falling into poverty or impoverishing their relatives.

The most common form of pensions in the United States and many other high-income countries is contributory plans that are financed by taxing own labor earnings.

However, contributory plans have proved difficult to fully scale in economies with highly informal labor markets (Dethier 2007, Galiani and Weinschelbaum 2012, and Levy 2008). As a result, in the developing world, large fractions of the population are not covered by contributory pensions.

In Latin America, contributory pension coverage ranges between 10% to about 60% (Dethier et al., 2010). In Mexico, coverage is only 23%. Most of these countries have instead turned to non-contributory pension systems (NPS) targeted by age and income (Holzmann et al. 2010, and McKinnon and Sigg 2006).

How can a non-contributory pension scheme work in a less developed country?

In a recent study, including IDB researchers, titled “Non-contributory pensions” we analyzed the effect of an at-scale older adults program on the economic security and well-being of pensioners and their families.

The Older Adults Program (Programa de atención a adultos mayores en zonas rurales, AM) is a non-contributive universal pension for seniors with nationwide coverage in Mexico. At the time of the data of this study was collected, adults were eligible if they were over 70 years old and live in communities with fewer than 2,500 inhabitants. Beneficiaries received a cash transfer of 1,000 Mexican pesos (US$90) every two months.

The program began operations in 2007 and by 2011 had extended coverage to 2.1 million beneficiaries living in 76,000 communities across Mexico. AM’s budget is just over 13 billion Pesos or about 0.1% of GDP making it the second largest social program in Mexico after OPORTUNIDADES (Rubio and Garfias, 2010).

Our results provide some of the first evidence that non-contributory pensions significantly improved beneficiary mental health by reducing the Geriatric Depression Scale by 12%.

These mental health effects are also present in qualitative assessments of the AM program where a large number of beneficiaries specifically commented on being relieved from the stress of having to work to provide support for their families.

This result is of great importance as mental health is a well-accepted and critical measure of quality of life among the elderly (Campbell et al. 1976; Walker, 2005), and about 121 million people globally, many of whom are old, suffer from chronic depression (World Health Organization 2003).

We also find that beneficiaries reduced participation in the formal paid labor market outside of the home in favor of less stressful and less demanding informal unpaid work within the household. The share of beneficiaries working for pay fell from 0.23 to 0.18 while the share working unpaid in family enterprises rose from 0.13 to 0.19.

Our results show that the AM program is associated with a significant increase in the material well-being of the household in which the beneficiary lives. In rural Mexico, almost without exception, the population over age 70 lives with another family members, usually their children or other relatives. We find that 68% of the pension is spent on shared household consumption, which amounts to a 22% increase in household consumption.

Our work provides some of the first evidence that NPS have clear positive effects on material well-being without generating negative labor supply effects on working age members of the household.

Finally, one general concern with all pension systems is whether their implementation affects the work and savings behavior of the younger population in anticipation of having access to the pension in the future (e.g. Feldstein 1974). In this paper we present rigorous evidence of this hypothesis in the context of a poor rural population in a developing country. Our results do not provide empirical support of anticipation effects in household labor earnings or savings.