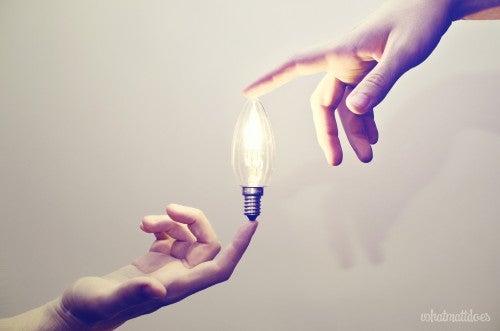 Recently the development community has talked a lot about knowledge and innovation as a key priority for the years to come, maybe induced by the lesser relevance that financial support has for many emerging countries.

Multilateral and bilateral agencies have suddenly become knowledge banks, global practices, ideas’ generators, developers of innovation ventures, etc. In the process, a great emphasis has been placed not only on the generation of knowledge, but also on the attraction of human resources that can add something new to the skill sets.

To use some recent words of President Yong Kim “the (World) Bank is committed to keeping all its top performers. But […] the bank will open up positions to outsiders, because it’s good to bring in fresh eyes”, and, we add, new skills. Yes, although we are the era of virtual social networking, a big chunk of knowledge is still embedded in human brains and would be difficult to acquire without bringing in new people.

This certainly has never been great news for those organizations investing in new ideas. People move. So why keep filling the brains of employees with new cutting-edge knowledge, when others may end up making the most of my investment by going after employees who gained new knowledge and experience at my expense?

Public support to private innovation has been often justified precisely on this basis. Because knowledge flows (mostly because people move), investment in knowledge and learning has such high externalities that the private sector by itself would never invest enough in knowledge and innovation. For this reason, many governments have adopted a variety of policy instruments to foster private innovation, including fiscal incentives either in the form of matching grants, targeted credit line, or tax breaks for investment in innovation.

The effectiveness of such instruments has been under scrutiny for a while. In the last decade, a series of impact evaluations have addressed issues such as the potential crowding-out effect on private investment, the impact on so-called innovation outputs, and the effects on firms’ performances.

Overall, these assessments confirmed the effectiveness of these instruments in promoting private investment in R&D and innovation (i.e. no crowding-out effects), in fostering the adoption of new practices, processes, and products, and, finally, in strengthening firm-level productivity and ability to compete in new markets (for recent discussion on these topics see Chapter 9 of Dutrénit and Crespi 2014).

The main limitation of these studies has probably been their focus on direct effects only. Very few impact evaluations have tried to measure the effects of the knowledge generated by these policy instruments on firms that did not receive direct support.

A recent study published by the IDB focuses precisely on the potential knowledge spillover effects of the matching grants for innovation provided by the FONTAR program in Argentina.

Based on an employer-employee panel dataset with the entire population of firms and workers in Argentina for the period 2002-2010, the study analyzes how knowledge disseminated through the mobility of skilled workers from FONTAR beneficiary firms could benefit non-beneficiary firms.

The study defines as “knowledge carriers” those skilled workers who worked in a FONTAR beneficiary firm for at least two years after the firm received the program support, but then eventually move to another firm.

First, they confirm that these interventions have a positive direct effect on firms’ competitive performance in the medium-long run.

Second, they provide evidence that supports the key justification for this kind of interventions, that is, the lack of full appropriation of benefits by the investors in innovation. Because private firms have no reason to include knowledge spillover benefits in their maximization function, without public support the private sector might end up investing in innovation well below the social optimum

. The study’s findings have also implications for policy design. Because many times externalities are not fully (or properly) considered in ex-ante cost-benefit analysis, decisions on the size of this kind of interventions might be quite biased and lead to the implementation of undersized and underfunded programs.