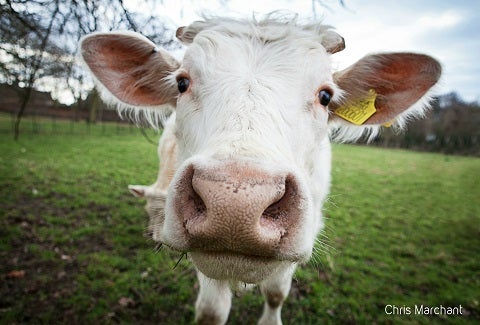 A program in Ecuador is a classic example of how electrification in isolated rural and urban areas can raise living standards and boost economic growth.

Each morning at 4 a.m. as the cocks begin to crow, women in the Prado communities of Ecuador’s Pichincha province put on their woolen pants, wrap-around shawls, and bowler hats, and head into the hilly pastures to milk their cows.

With two milkings per day, it is grueling, back-breaking work. It is also work that, until recently, paid poorly.  That’s because the communities lacked the equipment to refrigerate and store milk. So rather than reaping the benefits of their  labor, the farmers saw much of their milk spoil and much of the profit go to intermediaries who had the necessary storage tanks and refrigeration to ensure that the milk made it safely to processing factories.

That all began to change in May 2012, when the Inter-American Development Bank  (IDB) provided a $US40 million dollar loan to the government of Ecuador under a program known as Ferum-IDB. The program aimed to make the delivery and quality of electricity services to rural and urban marginal communities more sustainable. It also sought to promote the development of productive community projects based on electricity.

Through the program, Ecuador has increased its percentage of nationwide electrical coverage from 95 percent to 97 percent, putting it close to the top third of Latin American and Caribbean countries in  availability of electricity. About 100,000 homes that had never had electricity now enjoy electrical power. Citizen security has improved, especially in marginal urban areas, as communities once shrouded in darkness at night now have electric lines and public lighting.

Community businesses have thrived, using the new electric power for everything from refrigeration and machine tools to grain mills, sewing shops, and operations to sheer and process wool. New money-making opportunities have sprouted up. In addition, by strengthening subtransmission lines and the distribution network, the program has helped sharply reduce losses in the transmission of electrical energy, saving the Ecuadorian economy about $US 3.3 million a year.

For the dairy farmers in Pichincha province—most of them women—Ferum-IDB has been a game changer. With not only electricity in their community, but funding and technical assistance for new projects through the program, two communities in the Prado have banded together to form a collective enterprise, acquiring a refrigeration system, storage tanks holding a total of 3,000 liters of milk, and a laboratory to test milk quality.

More than 200 families have benefited from training courses that allows them to milk their cows under the hygienic standards established by the collective enterprise. This has been key to improving their income from this activity.

The family farmers are no longer dependent on intermediaries to collect the milk. Instead, their collective enterprise negotiates and sells their milk directly to the processing factories, increasing their income from as low as $0.41 per liter to $0.46 per liter, and allowing them to develop additional money-making initiatives with new milk products.

While the program has had many successes, it also has had its share of challenges. One of them was the need to strengthen the design of rural electrification projects at the public electricity companies to make them sustainable. The aim is to ensure that the revenues from the electricity tariff  will adequately support the availability and dependability of power to the beneficiaries, which in turn will promote the development of productive projects.

Another way to ensure sustainability was to involve the community in all stages of the project (before, during, and after). This close relationship and social involvement generates a desirable arrangement in which customers can safeguard electrification infrastructure. They also can use energy efficiently and pay their electric service bills on time and in full.

To further contribute to the design of future electrification projects in rural areas and make sure they are sustainable, the second phase of FERUM-IDB program, currently running, incorporates an impact assessment, which seeks to measure the benefits to the families of the target communities.

One of the aims of this second phase is to improve the access to energy of geographically isolated communities through the sustainable development of power systems based on renewable energy.

This is one of a series of articles in this blog on effective development that highlights the lessons and experiences of IDB projects and evaluations.

These are some of the posts of the series:

– When Cholera Strikes: A coordinated Emergency and Longer-Term Response

– ConnectAmericas.com: Opening a world of opportunities for small- and medium- size companies

– What does energy efficiency have to do with hotels in the Caribbean?

– Winds of Change in Uruguay

Learn more about this project and others in the Bank’s 2014 Sustainability Report.

Jesús Tejeda is the Team Leader of FERUM project and a Senior Regional Energy Specialist at the IDB.