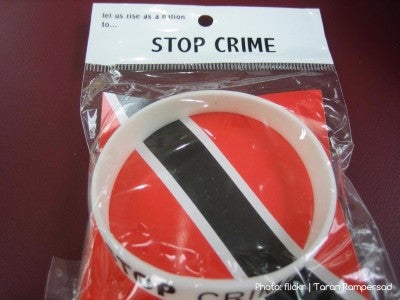 Trinidad and Tobago shows how working with the community is the best weapon to fight crime.

Betheem Gardens is a low-income neighborhood and   crime “hotspot” that sits on the outskirts of Port of Spain and runs alongside the East/West corridor highway and Trinidad’s largest landfill.  For those that live in this community, the stigma associated with the neighborhood can be as potent as the landfill’s fumes.  The Citizen Security Program (CSP), created with support of the Inter-American Development Bank, is working to transform these high-risk communities in Trinidad and Tobago.

In piloting a new approach to crime and violence prevention, CSP couples innovative, human-centered support to communities with more traditional crime prevention support to the Trinidad and Tobago Police Service and the Ministry of National Security.  Six years ago when the project was approved, Trinidad and Tobago had a murder rate of 43/100,000, while the rate in CSP communities was 98/100,000 persons; almost ten times higher than what the World Health Organization considers epidemic levels.  The new approach to crime piloted under CSP aimed to make communities an integral part of crime prevention.

CSP has supported partner communities in learning how to identify and respond directly to crime by assisting them in formalizing Community Action Councils (CACs).  The twenty-two (22) CACs serve as community focal points for the resolution of conflicts, the articulation of community needs and as the conduit of necessary resources to address the same.  Training in violence prevention has ranged from domestic violence prevention to certified counseling and mediation courses, with over 700 participants to date. In St. Barb’s, a CSP partner community in Laventille, the program contributed toward the signing of a Gang Peace Accord in 2012.  The Accord, which is printed and displayed on a billboard in the community, states “We the people of St. Barb’s commit to working to achieve community attachment, social cohesion, a community that is safe and productive, and which is intent on contributing to national development and sustainability of Trinidad and Tobago…to be each other’s keeper, and to mediate in any potential risk or conflict situation, to ensure that the fabric of peace unfolds.”

In the two years since the Accord was signed, the community has seen a coming together of various community groups working alongside youth to foster positive changes. One of the resulting projects has been the establishment of a computer and homework center launched in June 2014 with the collaboration of 6 entities including both the public and private sectors. The St Barbs Computer Centre currently provides computer literacy, Mathematics and English classes to sixty community members aged 14 to 44 three times a week.  There are plans to expand its course offerings to include life skills, agriculture, and compute repair.    This level of partnership and external investment would have not been possible had the community still been engaged in gang warfare. Today, many youth in the community are attending remedial classes in the center and are setting goals for themselves in a supportive environment where they have more opportunities to realize their full potential.

CSP also works reducing risk factors for crime and violence.  With the goal of diverting people away from crime, CSP has funded community based social interventions which include parenting support, anti-violence initiatives, and after-school programs.

The Micro-Entrepreneurship Programme, implemented in three CSP partner communities, is one example of a CSP-funded social intervention that has had tremendous success.  The 11-month training program aimed to decrease youth anti-social or criminal behavior by training young people in entrepreneurship.  The training programme benefitted seventy-eight (78) participants; with 30 going on to complete business plans which were eligible for funding and 19 eventually receiving small business grants. At graduation, 62% of the 21 graduates surveyed agreed that their income-earning capacity had increased, and 100% that they had acquired new skills and resources necessary to establish viable businesses..

Since its inception, CSP has reached 60,000 community residents and provided $5.5M USD in financing to these communities.  More importantly, it has contributed to a stark community-led reduction in crime.  As of September 2014, CSP communities have seen a 46% reduction in homicides and 31% reduction in woundings and shootings.  This is in comparison to significantly smaller reductions nationally of 24% and 13% respectively. Such transformation has only been possible through partnering with, and empowering, the communities themselves.

*Dana King is a Modernization of the State Specialist at the Inter-American Development Bank.

This post is part of a blog series on development effectiveness featuring stories on learning and experiences from IDB projects and evaluations. To learn more about design, monitoring and evaluation of IDB projects visit deo.iadb.org.