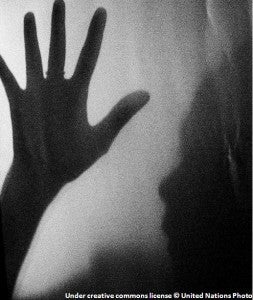 I just finished reading a fascinating paper on soccer and crime in Uruguay (4th in the 2010 World Cup), by Ignacio Munyo and Martín Rossi from the Universidad de San Andrés in Argentina.

Rossi is also the author of another interesting paper on conscription and crime where he showed that participation in the Argentinian military service increases the likelihood of developing a criminal record in adulthood….But that is subject matter for a future blog.

In their paper, Rossi and Munyo find that frustration (losing when winning was expected) is followed by a spike in violent crime (robbery and assault) that lasts for one hour.

Euphoria (winning when losing was expected) is followed by a reduction in violent crime that, again, lasts for one hour. If the game is between arch rivals Peñarol and Nacional – an evenly matched affair, with no usual favorite – violent crime spikes, again, one hour after the end of the game.

Clearly a fraction of violent crime reflects a breakdown of control, what the authors call one hour of irrational behavior.

Although the authors do not report specifically on domestic violence, it is reasonable to assume much of these spikes in violence are related to domestic violence.  Other authors (more below) report significant increases of police reports of at-home male on female intimate partner violence, after upset losses in professional football.

In the second experiment, they test for the presence of euphoria by comparing the number of crimes after an unexpected win to the number of crimes after an expected win.  In the third experiment, the authors do not distinguish between frustration and euphoria and compare crime rates after the Nacional – Peñarol game, where the expectation is a draw.

Finally, in the third experiment the results are even stronger assaults rise by 158%.

These results are not the exclusive realm of soccer. In American football, it has been shown that police reports of family violence increase on game days for games involving local teams.

More recently, Card and Dahl show that professional football upset losses lead to a 10% increase in the rate of at-home violence by men against their wives and girlfriends, which happen mostly near the end of the game.   In contrast, upset wins, have little impact on violence.

Good to keep in mind now that the Superbowl is close.