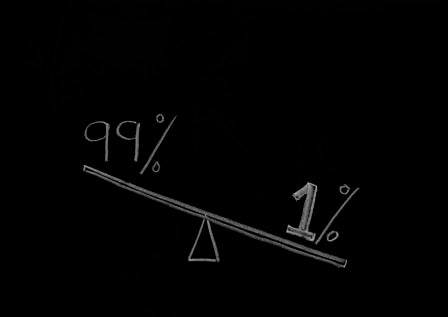 By Leonardo Corral* and Heath Henderson**

Land inequality in developing countries has been found to hamper long-term economic growth and also mitigate the poverty-reducing effects of existing growth by limiting effective access to land by the rural poor. Further, given the often-observed inverse relationship between farm size and productivity, land inequality can adversely affect agricultural productivity.

While land allocation has historically been driven by inheritance and land reform initiatives, in recent decades markets for the rental or sale of land have become considerably more prominent. So, how might the rise of such private, market-led initiatives affect land inequality?

A number of theories offer insights as to how household-level characteristics might affect land accumulation patterns. Credit and labor  market imperfections, tenure insecurity and household characteristics have played a central role in the leading accounts. Other theories have emphasized managerial experience, human capital, and even stochastic accumulation.

While little effort has been devoted to testing these hypotheses, a recent IDB working paper by Henderson et al. (2014) attempted to do just that, using the Paraguayan case as an illustrative example. Paraguay is a particularly appropriate setting due to the country’s history of land inequality and conflict as well as the scope of its recent economic liberalization efforts.

In brief, the authors found that initial farm size and whether the producer’s land was titled significantly affect subsequent land accumulation.  Given these findings, it is interesting to examine how we might expect land inequality to develop, at least in the Paraguayan case.

Figure 2 plots the results from a hypothetical reform through which all households are provided formal title to all land owned. Relative to the baseline scenario (ex ante), the policy scenario (ex post) suggests that tenure reform may act to slow the rate at which inequality manifests, but such reforms do not fundamentally alter the aforementioned “accumulation barriers.”

So, wither land inequality? While the above evidence is by no means exhaustive, it does suggest that the emergence of land markets in and of itself in developing countries does not hold great promise for reducing land inequality. The evidence does, however, point toward mechanisms that might be exploited for policy purposes. For example, if credit market imperfections are indeed central to land accumulation, then policymakers might reduce inequality though, say, expanding credit access in rural areas. Thus, while land markets themselves may not be equality inducing, policy options indeed exist if observed inequality is considered sufficiently costly.

Carter, M.R. and P. Olinto (1998). “Do the ‘poor but efficient’ survive in the land market? Capital access and land accumulation in Paraguay.” In Proceedings of the XXI International Congress of the Latin American Studies Association. Unpublished manuscript.

Holden, S.T., K. Otsuka, and F.M. Place (2009). The emergence of land markets in Africa: Impacts on poverty, equity, and efficiency. Washington, DC: Resources for the Future.

*Leonardo Corral is Principal Economist in the Office of Strategic Planning and Development Effectiveness at the Inter-American Development Bank. His research interests focus on rural factor markets and natural resource management.

**Heath Henderson is a research fellow in the Office of Strategic Planning and Development Effectiveness at the Inter-American Development Bank where he conducts research and supports impact evaluations in such countries as Brazil, Costa Rica, and Ecuador.