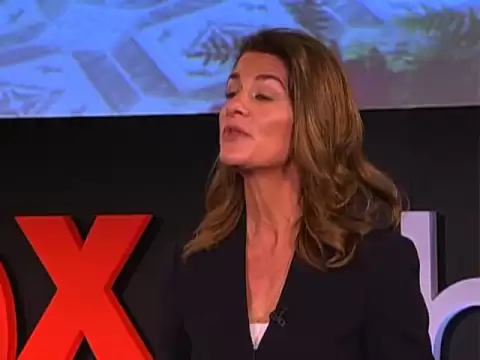 It was eye opening to watch a recent lecture in the TED series by Melinda French Gates on the lessons that emerge from the incredible success of Coca-Cola. You can buy a Coke anywhere in the world, from Tamalameque in Colombia to Katine in Uganda, where it is easier to get a Coke than getting a basic medicine. Ms. French-Gates explains that there are three reasons behind this success.

First is live, relevant and actionable data. Every single Coca-Cola producer/bottler/distributor can learn very fast that sales are falling in a particular barrio in La Paz or across a certain age group.

This can immediately be fed back into the production/distribution loop and addressed. In many other places, particularly in the public sector and the NGOs world, getting data is like “bowling in the dark.”

You throw the ball, hear the pins fall one by one and have to wait until the light goes on to know what happened.

And you have to play a lot of lanes before you know what works and what does not. In the cutthroat competitive business environment in which Coca Cola operates, this road leads to Pepsi or to Inca-Cola.

The second lesson is the need to leverage local capacity. By relying on local entrepreneurs for distribution, Coca-Cola can adapt very fast to rapidly changing local conditions. This, in turn brings innovation that, if successful, can be replicated and become viral in the distribution network.

To paraphrase Michael Fairbanks, when you swim in a river, as opposed to looking at it, you feel its currents, temperatures and depth. Local entrepreneurship provides that capacity.

The third is marketing. Coca-Cola understands that the poor do not see themselves as poor, and that they aspire to be a notch above, a step ahead. A bottle of Coke is not sold as a solution to a problem. It embodies an aspiration.

This might read to the development community as frivolous. It is not. If people really want something, they consider it a critical need. We all understand the devastating effects of feces if left in the open. If a toilet is an aspiration, brides will prefer potential suitors that have toilets. “No loo, no I do.” It may be a less extreme example, but a brand-name soft drink can also be a symbol of a better life.

According to French-Gates these three reasons explain Coca-Cola’s success. Can we learn from them in designing and delivering much needed services, such as an extra hour of class, a vaccination or improved safety? The ingredients are there: hard data, being local and marketing.