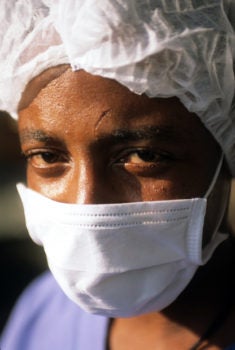 Just over a week ago I came in contact with a debilitating virus. For me it was not the first time I was hearing about chikungunya. News of the virus has been in the Jamaican media for the past three weeks or so. I personally didn’t think much of it except taking the usual precautions; meaning try not to get bitten by a mosquito carrying the virus. I jogged at the Mona Bowl … END_OF_DOCUMENT_TOKEN_TO_BE_REPLACED

The data is deadly! Almost too scary to put into words. But it’s time to face the fat ugly truth: Suriname like so many of its Caribbean neighbors has joined the fat parade.  According to a local newspaper, 30% of the male population between the ages of 15 and 50 are well on their way to eating themselves to death. A recently published WHO/PAHO survey which looks at the risk … END_OF_DOCUMENT_TOKEN_TO_BE_REPLACED