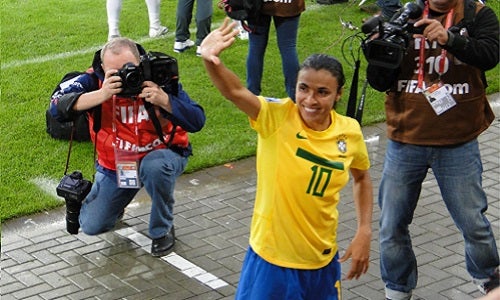 Well done Germany! The German national football team is the winner of the FIFA 2014 World Cup that ended Sunday at the Maracanã stadium in Rio de Janeiro. The next time a men’s soccer team holds the FIFA World Cup trophy will be four years from now in Russia. As Die Nationalmannschaft were congratulated by two female heads of state; Brazil’s Dilma Rousseff and Germany’s Angela … END_OF_DOCUMENT_TOKEN_TO_BE_REPLACED