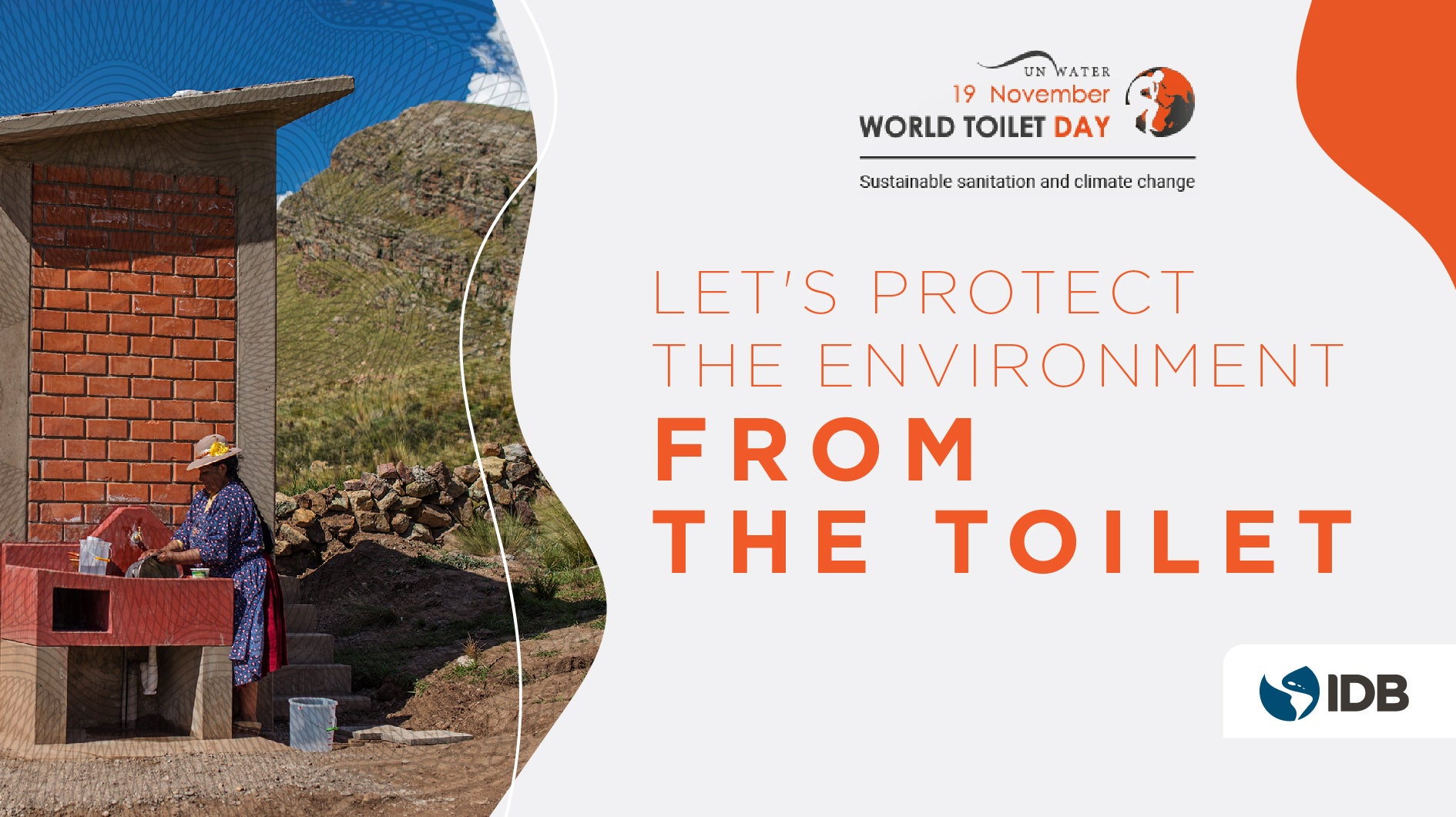 On World’s Toilet Day, Peru’s experience is a powerful reminder that access to sanitation has multiple advantages for public health and the environment.

When one thinks about a drinking water and sanitation program, the first thing that comes to mind is building quality infrastructure. But once it is in place – how can we make sure that its targeted beneficiaries actually get connected properly to these services?

Drinking water service connections are relatively pretty straightforward. But when it comes to sewer systems, it’s a whole different story, as their health or environmental improvement effects are not always forthcoming.  In 2017, 77% of the urban Latin America and the Caribbean (LAC) population had access to a sanitation service network. However, by the time the systems went into operation, only between 25% and 40% of households with access to the services actually got connected. The barriers to an effective connection are manifold, and include know-how, cultural, financial, infrastructural, legal, priority-related, and other issues.

In Lima’s periurban areas –and in many other big cities throughout Latin America, for that matter–, people usually live under vulnerable conditions. And yet, they tend to pay up to 60% more for water than those connected to the public network, simply because they have to purchase it from private suppliers, who typically use cistern trucks.

In 2011 the IDB approved the project called Access to drinking water and sanitation services in the communities of Cajamarquilla, Nievería, and Cerro Camote, aimed at ensuring the human right to water and sanitation for the vulnerable population in Lima’s periurban areas, and providing them with quality services. The project, which was finalized in 2019, provided access to drinking water and sanitation services to more than 19,100 households, 98% of which were connected to the networks right at the start of the operation of the two systems – all all-time record in the region! This means that more than 96,000 people –twice the capacity of Peru’s National Stadium– are now connected. And they are not just linked to the services: they also have access to quality services, with uninterrupted water supply and wastewater treatment services.

Another benefit is the money spent per family in water supply, which nosedived by a full 40%. In the current pandemic, where handwashing with soap and water is crucial to reduce the contagion rate, the impact of this project adds to the benefits already provided in the areas of healthcare, education, productivity, and the environment.

These benefits are, precisely, the focus of World Toilet Day, which seeks to underscore the importance of multisector and innovative investments to ensure access to sanitation services throughout the world.

To ensure connectivity to the sewerage system, the project has developed a multiple-actor and multiple-activity strategy that is rarely found in this sector’s projects. Among other things, the IDB has coordinated with all project stakeholders, including the public sector, the private sector, and civil society, who have been working on a common goal through a multiplicity of intervention strategies. Under the guidance of the service provider and executor of the project, the Servicio de Agua Potable y Alcantarillado de Lima (Lima’s Drinking Water and Sewerage Service, SEDAPAL), a number of social management activities were conducted, informing people door to door and following up on each household to ensure that connection was progressing smoothly; in addition, sanitation fairs were organized with the participation of service providers; and an awareness drive was launched, engaging community leaders who acted as intermediaries with the rest of the population.

Other activities, conducted with help from the Water.org NGO and the financial institutions it provides technical assistance to, included promoting financial products specifically designed for the construction of household sanitation facilities and their connectivity to the network, as well as a door-to-door drive to reinforce the message on the importance of connectivity. All in all, during project execution more than 6,900 homes benefited from credits offered by financial institutions from the intervention area. As part of the strategy, users were offered the chance to link together the drinking water and sewerage connections and pay the two services on a single bill.

The lessons learned from this experience are manifold. One of them was that the connectivity strategy must include and coordinate all stakeholders – the service provider, the utility companies, the contractor firms, the financial institutions, and community leaders and the population served. In all this, the IDB plays a crucial articulating role. Another takeaway was the importance of generating awareness on the benefits of water and sanitation services, as well as following up on installation service progress, which was vital for the success of the project, as it helped show the operators that defining a connectivity strategy can boost service sustainability. This strategy should be pursued from the beginning and sustained throughout the project, using different messages, offering an array of options adapted to the different needs of the population, and engaging community leaders to act as spokesmen for the beneficiaries. Another key element for success was the availability of credit to help families connect to the water and sanitation network.

Experience has shown that keeping always end users at the center of the project, listening to them and working side by side with them was the key for success in this unprecedented project in the LAC region.

To learn more, read the publication Incentives for sewerage connectivity: a case of success in the peri-urban area of Lima, Peru.

*Tania Páez is a senior specialist in the IDB’s Water and Sanitation Division, based in Peru.
Mirka Roxana Pérez Andrade is a Social Specialist in the Projects and Works Management of the Potable Water and Sewerage Service of Lima (SEDAPAL).
Yanina Rumiche is Program Manager in Peru at Water.org.