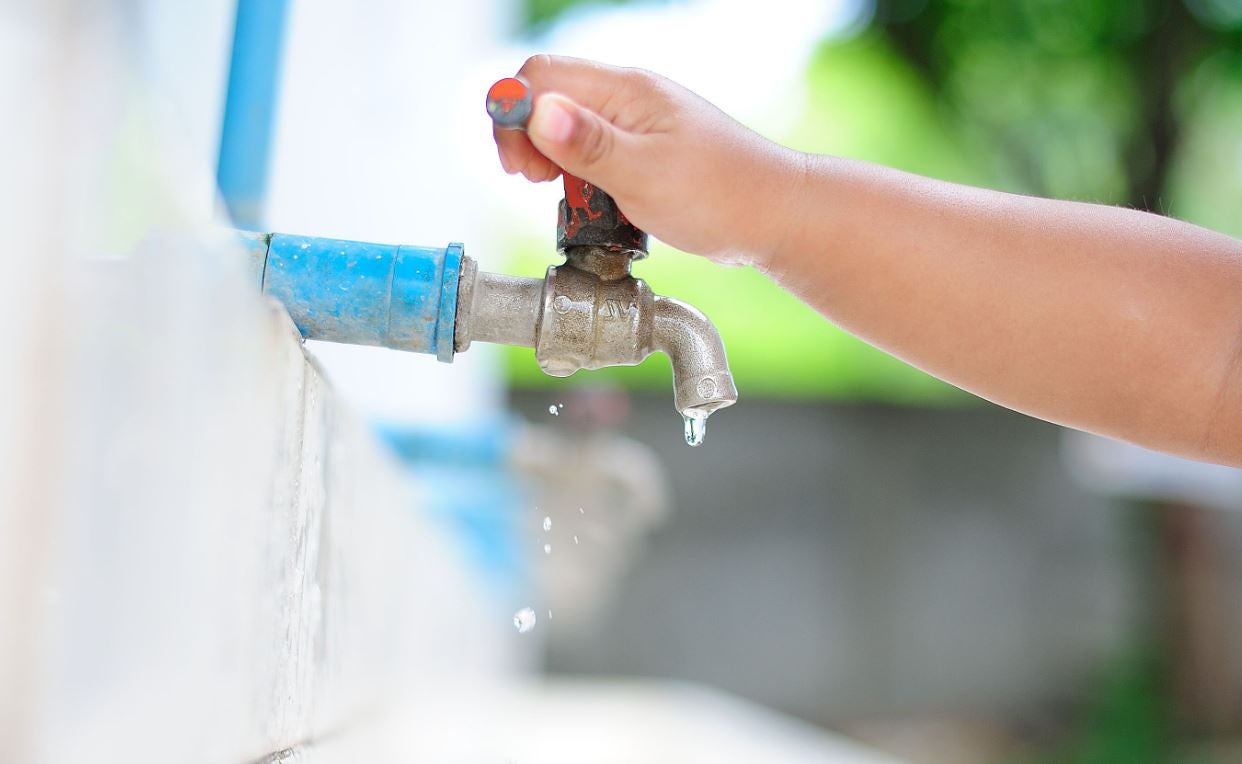 … and 5 other New Year’s resolutions on how to save water.

Looking at cases of drought like the one currently affecting Bolivia, it’s amazing (and unacceptable) how much water we waste. According to the U.S. Geological Service (USGS), in a typical American family, each person in a household uses 80 to 100 gallons of water per day.

The Washington Post claims that some 40 gallons of water per day get used in the shower. The worst part is that apparently 20 percent of every shower is essentially lost. Gone. Wasted.

In order to save water, I had the brilliant idea to shower at the gym. I am so smart.

How about brushing? Apparently, people spend about 47 seconds brushing their teeth. On average, people who keep the water running while brushing will use about 1.875 gallons of water a day and 684 gallons a year. Some say even more. Letting the water run while you are brushing your teeth means more than 200 gallons of water is wasted in a month!

Bottom line is: in a family of 4, if a normal faucet is run for 4 minutes a day, the water usage would sum up to 4000 gallon/year. That is enough water in a year to fill an above-ground pool.

I decided not to brush. At all. I use Listerine and floss. So far, so good. People do not talk to me much. But I am so smart.

In 2011, research out of Britain demonstrated that, women can waste up to 50 billion liters of water a year shaving their legs. Collectively, that amount of water could supply the entire London metropolis with 25 days’ worth of water during a drought. In a family with three women all shaving, they would use enough water in 12 months to fill a small swimming pool.

That is why I decided to have only sons. I am so smart. And without daughters around, and I can fill my swimming pool with no problems. I also asked my wife to shave only one leg, and cover the other one. It seems to work. At least, partially (…) . I am so smart.

I decided not to flush after pee (this is a serious one!). Now, it may be going against etiquette, but in many parts of the world, the good old saying If It’s Yellow Let It Mellow is a necessity. And as they say in the Caribbean: “In the land of sun and fun, we do not flush for number one!”

The water sprinklers that keep the turf lush and the flowers blooming can consume 265 gallons an hour, says Waterwise, a U.K. water-conservation group. You would be surprised to know how your system is wasting water! The Saving Water Partnership website of the Seattle and Participating Local Water Utilities says automatic sprinklers waste “40%-50% of the water used.” If only 10,000 households each waste 100 gallons with sprinklers, that’s 1 million wasted gallons. A million gallon pool would be 267 feet long (almost as long as a football field), 50 feet wide, and 10 feet deep!

I decided to pee in my garden. I do not need to flush, and I have at least 8 good reasons to do so! I am so smart.

And on top of all this, it seems that Americans are wasting 1 trillion gallons of water (about 40 million swimming pools and 24 billion baths) each year in other stupid ways.

What is the main message here?