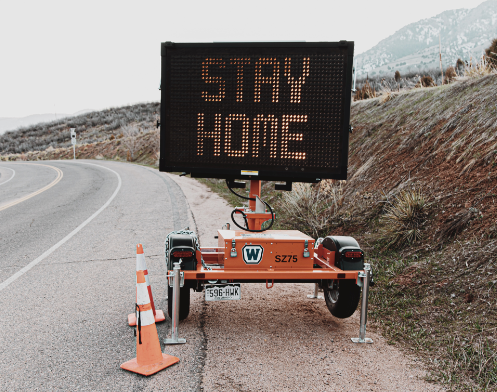 Without a doubt, we are living in the biggest crisis of our lifetime. Global Gross Domestic Product (GDP) growth is heading towards negative territory for the first time  since World War II. The coronavirus outbreak has now affected 184 countries with over 1,3 million infected and 73,000 deaths. Crises are often deemed a “before” and “after” moment, and with only two months into this crisis, COVID-19 demonstrates a lot about the world tomorrow (and what that will mean for transport).

The Power of Technology

Demonstrated like never before, new technologies are here to stay. Big data is the notorious player here, with smartphone tracking being the most relevant tool to capture how COVID-19 spreads. The ability to observe how a few thousand people may significantly spread a virus across a country by tracking their mobile devices in a specific area would be deemed rather futuristic.

The COVID-19 virus has incentivized the government and technology companies to work together, and this is also happening in the transportation sector. Learning how and why people move is a critical component in transport, often investigated through costly surveys, but one in which new technologies can play a role in the near future.

Despite multiple reports about the unintended consequences of COVID-19 on improving air quality and reducing global emissions, don’t be fooled about their implications. The US temporarily considerably relaxed the enforcement of certain environmental standards, but in an era where an increase greater than 2 degrees Celsius by 2100 would lead to catastrophic and irreversible damage (currently heading to +3-5 degrees), it certainly seems like we will live its worst effects: disrupted supply chains and places destroyed overnight.

Transportation is a major driver of climate change, and a sector with a large role in limiting its magnitude. Readers should not forget that mayors and policymakers around the world are working tirelessly to both promote sustainable modes of transportation in cities through micromobility and public transportation, and to renew passenger and cargo fleets.

Perhaps a major conclusion we can draw from the present crisis is that global cooperation is a big area for improvement. For this crisis, there has been little to no cooperation. It’s every country for itself. The recent G7 and G20 meetings have not been as effective as they were during the 2008 financial crisis, when the world agreed to act fast and in a coordinated manner.

That is bad news for two areas: (i) global issues, how do you tackle them when you need global and regional responses?; and (ii) globalization, where countries must agree to integrate their economies, often through physical integration using infrastructure to facilitate a country’s growth and the ability to trade in the global economy through quality roads, railways, urban infrastructure, ports, waterways and airports.

Despite the fact that every aspect of the global economy has been affected by the coronavirus, the transportation sector has been hit particularly hard on two fronts: (i) air transportation due to travel restrictions and border closures; and (ii) public transit due to social distancing measures.

Airlines’ profit margins are small, and that will get worse, as International Air Transport Association’s (IATA) Alexandre de Juniac insists that “without immediate government relief programs, there will not be an industry left standing”.

On the other side, public transit ridership has dropped dramatically in Latin American cities with numbers ranging from 53% to 79% based on IDB analysis of Moovit data, a mobility app. It is no mystery that public transit systems are heavily subsidized, and given current scenarios, increasing losses are expected in all major cities.

This highlights yet again the need for transportation specialists and policymakers to understand the numbers behind transportation operations. Bad finances are a structural issue in transportation, as declining revenues and profits have been associated with a lower user base as a consequence of a worsening service.

Numerous governments and central banks around the world are stepping up to protect the average citizen and industries that are on the verge of going bust. The most well-known example to date is the recent US$2,000,000,000,000 (that is 2 trillion, and it may not be enough) government stimulus package in the United States. Public finance has emerged as a key problem of the COVID-19 virus, given countries are grappling with the capacity of their healthcare systems and how long quarantines might last.

A pressing macroeconomic concern in Latin America and the Caribbean is its weak fiscal space. In November 2019 Fitch (one of the “Big Three” credit rating agencies) forecasted that about two-thirds of the countries in its portfolio would see further debt increase in 2020 due to “sluggish growth, spending pressures, compressed capital expenditure and budgetary rigidities”.

In the short run, this might be good news for strategic sectors such as technology and infrastructure. But in the long run, this is bad news for infrastructure because the sector typically requires enormous investments.

Early data indicates that, while the number of infected men and women is roughly the same, men are more likely to die than women. We do not know its causes, but early predictions suggest that a male’s lifestyle (often with a prevalence for smoking and being obese) may have negative effects. This is just another example of how things in life affect women and men differently, giving great importance to gender analysis.

It is no different in transportation, where over the last decade, gender analysis has become a must for the sector. Without it we find ourselves in the present situation; with transportation systems that do not take into account the needs of women despite well-known research that they have different traveling patterns than men. We are seeing gender-based analysis play out in the era of COVID-19, as Peru implements a measure that allows people, based on their gender, to leave their homes during the quarantine only on specific days of the week.

No one expected a crisis of this magnitude, but the crisis reveals what the “new normal” would look like in transportation. Transportation must be at the vanguard of change if it wishes to fulfill its mission: promote economic development and quality of life through activities in an efficient, affordable, sustainable and safe way. The above are the challenges and opportunities ahead. 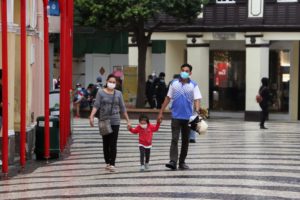