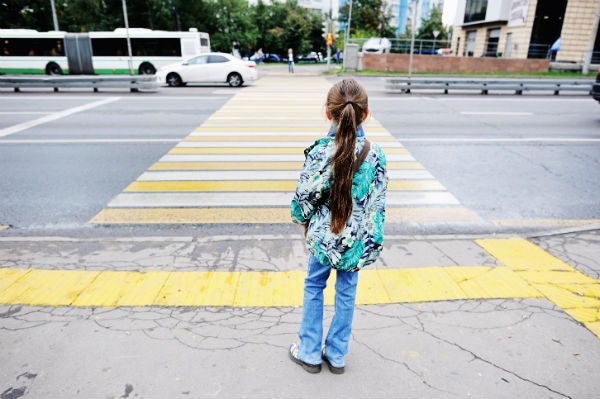 Recently, the National Transportation Safety Board (NTSB) held our first-ever Pedestrian Safety Forum.  Along with transportation experts from my agency, I had the opportunity to chair the discussion with leaders from government, academia, communities, and industry about the increasing risk of death and injury to pedestrians.  The NTSB is well-known for our investigations of aviation accidents, but we never forget that our mission is to advance transportation safety in every mode of transportation.

Without a doubt, pedestrian safety is an issue that affects every one of us. No matter who we are, or where we live, we all walk – or if we are in a wheelchair, roll – as part of our daily journeys.

With at least 70 percent of the world’s population expected to live in urban and suburban areas by 2030, there is no better time than now to focus on this important form of mobility.  Pedestrians are the most vulnerable users in our transportation system and this issue is becoming an emerging priority for many national safety agencies, such as the NTSB in the United States, as well as for international efforts such as the United Nations’ Decade of Action for Road Safety.

The World Health Organization (WHO) reports that 270,000 pedestrians lose their lives every year around the globe.  In our region, the Pan American Health Organization (PAHO) estimates that more than 23,500 people die as pedestrians in Latin America and the Caribbean.  According to the U.S. Fatality Analysis Reporting System (FARS), approximately 4,800 pedestrians died on public roads and another 65,000 people were injured in the United States in 2014.  That amounts to one death and 14 injuries every two hours.  These numbers do not include people who died or were injured on driveways, private roads, parking lots, and worksites.  According to the U.S. Governors Highway Safety Association, from 2009 to 2014, the number of pedestrians who died in crashes increased by 15 percent.  This number has continued to rise, even during years when overall motor vehicle deaths for Americans have held steady or declined. Pedestrians are increasingly at risk for death and injury and constitute one in every seven motor vehicle crash deaths in the United States.

Although much of the focus of the Pedestrian Safety Forum was on activities in the U.S., many lessons are broadly applicable and we collaborate with our counterparts in other parts of the world and recognize the importance of sharing knowledge across borders.   The Forum addressed data and recent trends; urban planning policy; highway design countermeasures; and technological countermeasures.  According to the forum’s experts, we need more and more specific data in order to have a better understanding of the circumstances in which pedestrian crashes occur, including location, geometry/angle of impact, speed, and the presence of potential distractions.  The data that we do have show that pedestrian injuries are one of the leading causes of death for ages 15 years and younger.  Especially tragic is that, in some countries, the #1 cause of death for school-age children is as a pedestrian fatality – children are dying as they walk to get an education.   To address this issue, the Second International Child Road Safety Forum  was convened on June 16-17, 2016, in Santiago, Chile, and focused specifically on the safety of child pedestrians.  At the meeting, the organizers, the Gonzalo Rodriguez Foundation, released a study, commissioned by FedEx, entitled Transport of Schoolchildren: Current situation and opportunities for improvement.  As we approach International Walk to School Day on October 5, 2016, we remember to pay special attention to the most vulnerable of our vulnerable road users.

Pedestrian deaths and injuries can be prevented through urban planning and highway design that prioritizes pedestrians and through pedestrian-friendly vehicle design.  Forum panelists presented highway design countermeasures, including medians and pedestrian crossing islands in urban and suburban areas, pedestrian hybrid beacons, and “road diets” that reconfigure roads to make them safer for pedestrians while maintaining mobility.  Many of the ideas presented reflect the philosophies of Vision Zero , the Swedish approach to road safety that has been adopted worldwide, or Complete Streets,  the inclusive design approach that recognizes that a road should be responsive to the needs of all its users.

Technology was another focus area of this forum. According to one U.S. federal expert, 90 percent of all pedestrian crashes could be mitigated or prevented through pedestrian detection technology in vehicles. This technology assists vehicles in detecting the pedestrian ahead and providing automatic braking. Vehicle headlights and better road lighting can also make a difference. By improving overall visibility, drivers are able to better detect pedestrians at night, when most fatal crashes occur. Other pedestrian mitigation countermeasures, such as soft bumpers and hoods, and pedestrian airbags, can save lives by ameliorating the severity of injuries once the crash occurs.

We must use all the tools at our disposal to address pedestrian safety. Our panelists provided thoughtful ideas related to the problems and countermeasures that can be taken to reduce pedestrian injuries and fatalities. You can view copies of their presentations here.

One of the themes that seemed to surface again and again is that if we focus on those who are the most vulnerable among us – children, older people, people in wheelchairs or with other mobility issues – we improve pedestrian safety for everyone.  Protecting the most vulnerable – that is a good lesson for transportation and for life.

[This blog also appears on the NTSB.gov website. The Inter-American Development Bank (IDB) has received permission from the NTSB to reproduce it on the Moviliblog website. This permission does not constitute an endorsement of IDB or Moviliblog by the NTSB.]

* Bella Dinh-Zarr, PhD, MPH, is the Vice Chairman of the National Transportation Safety Board, an independent federal agency of the U.S. Government charged with investigating accidents and advancing transportation safety.  Trained as a public health scientist, she previously served as U.S. Director of the FIA Foundation where she was active in promoting the UN Decade of Action for Road Safety and in advocating for transportation safety as a policy priority, domestically and internationally. Dr. Dinh-Zarr was nominated to the NTSB in 2015 by President Barack Obama and confirmed by the U.S. Senate.