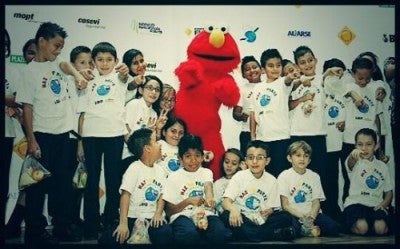 On April 10 2014 the United Nations will debate road safety. Ambassadors and other diplomats will gather that day on the floor of the UN General Assembly to discuss how traffic crashes affect each of their countries. Although politically sensitive issues abound, there is one issue that every nation can agree on – keeping people, especially children, safe on the world’s roads.

Road crashes kill more than 1.2 million people worldwide every year. Fifty million people are injured and it is the leading cause of death for children. Road fatalities in Latin America and the Caribbean are almost double the global average, totaling 17 deaths per 100,000. If current trends continue, deaths could rise to 31 per 100,000 by 2020. Pedestrians, bikers and motorcycle riders account for more than half of road fatalities and Latin American countries lose an average of 2 percent of their annual gross domestic product (GDP) due to motor vehicle deaths and injuries. As a consequence of road fatalities, 4.7 million years of life are lost in Latin America and Caribbean countries annually, according to the Global Burden of Disease report. This is equivalent to the years of life lost due to HIV/AIDS, lung cancer, tuberculosis and malaria combined.

The UN passed a resolution in 2010 declaring the Decade of Action for Road Safety 2011-2020 with the support of over 100 countries, including countries in Latin America and the Caribbean. The goal of the Decade of Action is to stabilize and then reduce traffic fatalities and injuries, potentially saving 5 million lives over 10 years. At the 2012 UN Conference on Sustainable Development in Rio de Janeiro, the UN took into account road safety as part of its efforts to achieve sustainable development.

The World Health Organization published a Global Status Report which documents road safety in 182 countries, accounting for nearly 99% of the world’s population. The report indicates that the total number of road traffic deaths remains unacceptably high at 1.24 million per year. Only 28 countries, or 7% of the world’s population, have comprehensive road safety laws on five key risk factors: drinking and driving, speeding, and failing to use motorcycle helmets, seat-belts, and child restraints. This report serves as a baseline for the Decade of Action for Road Safety.

We are now completing our third year of the Decade of Action for Road Safety. How are we doing? Thanks to the hard work of the Inter-American Development Bank and many others, there are good, lifesaving policies and people have more resources they need to keep themselves and their families safe, such as the recent safe schools project in Costa Rica. WHO and the FIA Foundation established the Road Safety Fund to help provide funding for Decade of Action activities. But now, we need to set targets, invest more money, and take more action.

April 10th is a rare opportunity for us to show support for preventing road traffic injuries and deaths, at home and around the world. Acknowledging diplomatic differences between countries, we cannot forget that 3000 people die every day because of crashes around the world – and that we can do something about it.

The U.S. Centers for Disease Control and Prevention (CDC) identified motor vehicle injuries as an important public health problem and a “Winnable Battle”. In our complex world, there are not many clearly winnable battles and not many issues where everyone is on the same side.

But preventing road deaths, like preventing diseases, is one issue that every country can and should agree on.What can you do? Tell your country and the UN that you support speaking up on April 10 to save lives on the world’s roads! Tweet your support for  #April10 #RoadSafety to @UN @the_IDB @BIDTransporte

* T. Bella Dinh-Zarr, PhD, MPH, is Director of the U.S. Office for the FIA Foundation, an international philanthropy dedicated to safe, sustainable transportation. She also serves as Co-Chair of the United Nations NGO Committee on Sustainable Development.