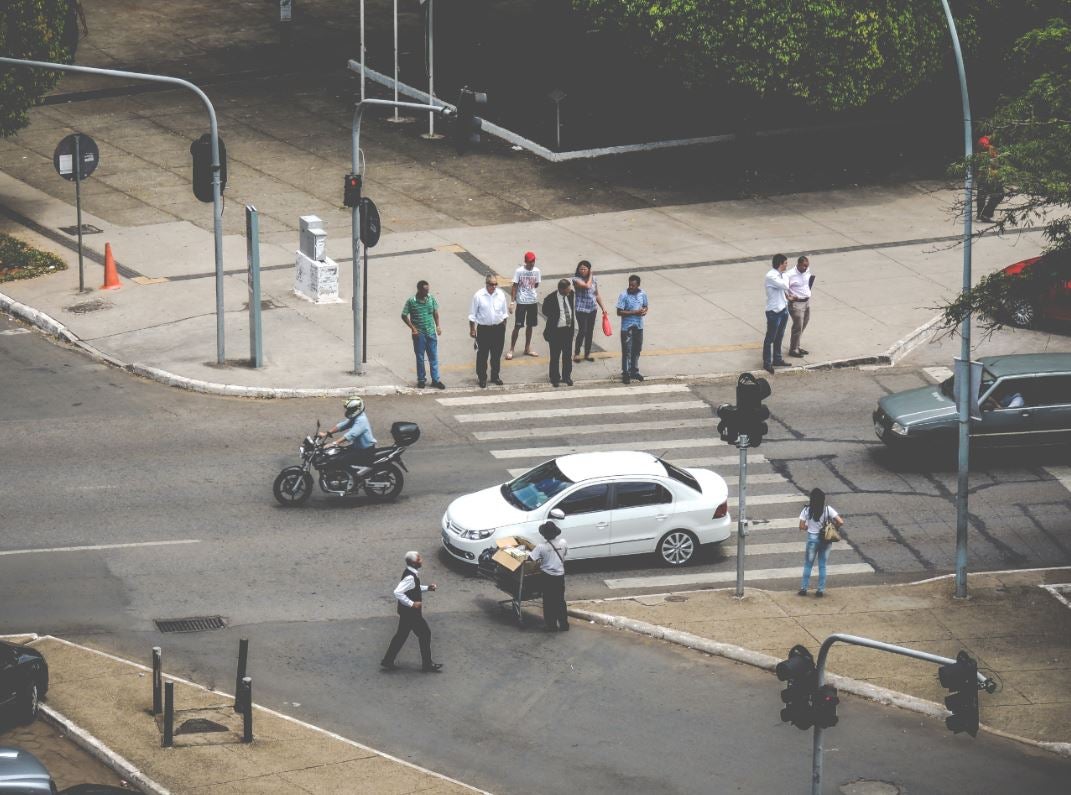 If you think about public spaces, what comes to your mind? A quick google image search shows how public spaces are understood as a combination of squares, parks, sidewalks and other urban infrastructures. Public spaces are also perceived as areas populated by people walking, sitting, having a chat, playing and riding a bike.

Streets, however, are understood at a different level.

A 2013 UN report found that more than 20 percent of all land area in a sample of cities is dedicated to streets. Are they also public spaces? In most cases, yes. Are they a pleasant place for humans? Not really. Take for example this spatial analysis by Copenhagizen Design Company, showing the amount of street space in Paris dedicated to the different users of the street: motorists, pedestrians, and cyclists.

Placed to facilitate movement of people and goods, streets were traditionally designed to maximize vehicle traffic outputs. With a growing influx of people to downtowns and central business districts, local governments are under pressure to provide their residents with quality public spaces to ensure a productive, healthy and inclusive environment. Streets make up the greatest proportion of public spaces in cities at roughly 75 percent on average, according to the UN.

Streets provide an opportunity to review public policies and tap into their potential to improve cities’ use of public infrastructure. Through a reallocation of space, a street’s functionality can be redesigned to achieve multiple goals. Just as streets can be transformed to public health and environmental functions, so can the mobility function be improved: Space currently allocated for moving and storing private vehicles can be redistributed to provide high-quality transportation alternatives through walking, cycling and public transportation and provide greater accessibility to jobs, goods and services.

Successful examples of streets becoming a central point of redevelopments in favour of their use as public spaces for humans instead of cars can be found across the globe. Amongst them are New York’s Time Square, Oslo restricting the access of cars to the city centre and Buenos Aires’ urban street projects. Each of them followed a different approach

Those three examples show some of the options to reinvent the street space, but what is necessary to successfully implement street-focused projects?

First, collect data and measure the baseline situation in each city or neighbourhood by using national or global scales. Having data supports change by showing evidence of the potential which can be unlocked by streets as a multifunctional space.

Second, generate awareness across a multitude of stakeholders. These include road users, citizen organization and government agencies such as transportation, public works, health, environment and city planning bodies. These agencies should overlay plans for pedestrian, bicycle, transit, public space, stormwater and urban greening projects to coordinate construction and especially maintenance.

Streets have the potential to offer more than a place for cars, they can be pleasant places for people and shaping the quality of life, social inclusion, public health, sustainability, and resilience. Experiences, such as Panamá Camina, show that with adequate strategies we can promote the economic, fiscal and social sustainability of streets for public space development.

This entry was prepared together with Julia Hollnagel