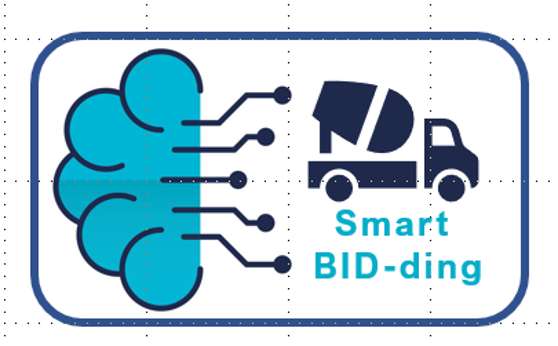 More than a dozen countries in Latin America and the Caribbean (LAC) have paralyzed public works to tackle the spread of the COVID-19, while others have continued with the works, complying, with the necessary sanitary protocols, such as social distancing and rotation of employees shifts, to mitigate the risks of contagion and virus spread, as announced by the governments. The Transport experts at the Interamerican Development Bank recognize the importance of the road infrastructure in the logistic activities for the continuous and efficient transportation of priority cargo such as health and food supplies, for the urban and interurban population. Therefore, ensuring the maintenance of the infrastructure stock is important in the current COVID-19[1] pandemic scenario. In that sense the transport experts have been working the last weeks in actions to tackle the expected economic impacts in the construction sector due to the current crisis. Specially to print revitalization of resources and operations to ongoing infrastructure projects, taking advantage of their immediate availability to act as reactivators of the economy, with an emphasis on countries where the construction industry constitutes a relevant economic sector, and in regions with low economic development, such is the case of LAC.

Some of the expected consequences of the pandemic in the development of infrastructure includes:

As a result, the bank transporte experts have been working in actions to reactivate the infrastructure sector to tackle this consequences, amongst these measures it can be found: (a) revitalization of resources and operations to ongoing infrastructure projects; (b) institutional strengthening mechanisms; (c)  develop infrastructure maintenance programs in the event of a decrease in new investments in the sector; (d) promotion of programs aimed at stimulating and support employment; (e) develop contingency plans and risk identification and mitigation mechanisms; (f) identification of priority logistics corridors through an adequate planning; and (g) mechanisms of conciliation in case of claims. In this sense different DRP (Diálogos Regionales de Política) have been carried out by the Transport Division to discuss with representatives of some of the most important infrastructure chambers of LAC (Infraestructura en tiempos de COVID-19: manos a la obra) and with ministers of public works and transport from different countries (Retos para reactivar la construcción de infraestructura pública) on how to reactivate the construction of infrastructure works during the pandemic and the conditions required for the resumption of works to be carried out safely and efficiently while coexisting with COVID-19. In addition, these dialogues seek to identify the profile of the projects with the greatest potential for economic reactivation to be implemented in “The Day After” and to support the economic reactivation of the region.

Since the beginning of the crisis, technologies such as Artificial Intelligence (AI) and Big Data have been key to support the three types of actions to face the crisis caused by the virus:

The data used for the statistical analysis, originally consisted of a sample of approximately 150 tenders for the construction of highways launched in that country between February 2010 and November 2018, both with Bank financing and with other sources of financing, from which the information on 73 works awarded in 40 tenders were finally selected, to create a database with 578 proposals received, an average of 8 bids per awarded work with an average cost of US$8,182,262, a median of US$4,826,014 and a significative standard deviation of  $14,100,000 with an important number of outliers in the sample.

Subsequently, a selection of some construction items was carried out, removing those whose unit price was disproportionate or had measurement anomalies, as a result the exercise was carried out based on 11 inputs, for the analysis a linear regression with fixed effects by groups of tenders was estimated to predict the incidence of the unit prices of the inputs that have greater weight in the variation of the total value of the work. Considering the existence of offers with an atypical final value, it was decided to specify the model both in levels and in logarithm, which allows to have an analysis in monetary values and in percentual variation.

The result in the analysis had two main outcomes:

Regarding the monetary evaluation, for the Embankment a variation of 1% in its price translates into a variation in the same sense of 0.389% in the final value of the offer.

If we consider the average offer, a variation of US$3.01 in the price of the Embankment (standard deviation of this input) translates into an average change of US$1,408,874.78 in the final value of the offer. In the same analysis, a price difference of 1% of the Asphalt Concrete Binder, the Asphalt Base, and the Asphalt Primer, translates into a variation in the price of 0.23%, 0.39%, and 0.51%, respectively, in the final value of the offer.

These exercise shows the importance of the availability and consolidation of big amounts of public data sets regarding bidding process, to carrying out these data analyses in different countries of the region, to validate the official budgets for new tenders and improve the planning of projects with the greatest potential for economic reactivation to be implemented in “The Day After”, to support the economic reactivation of the region. This can be achieved in the meantime by influence the Institutions to fully automate its tenders, analyses and comparison of proposals, as well as definition of the winner, along with the support of the Bank for future projects with the use of Big Data and Artificial Intelligence tools that allows a better monitor and control of the results of the tenders.