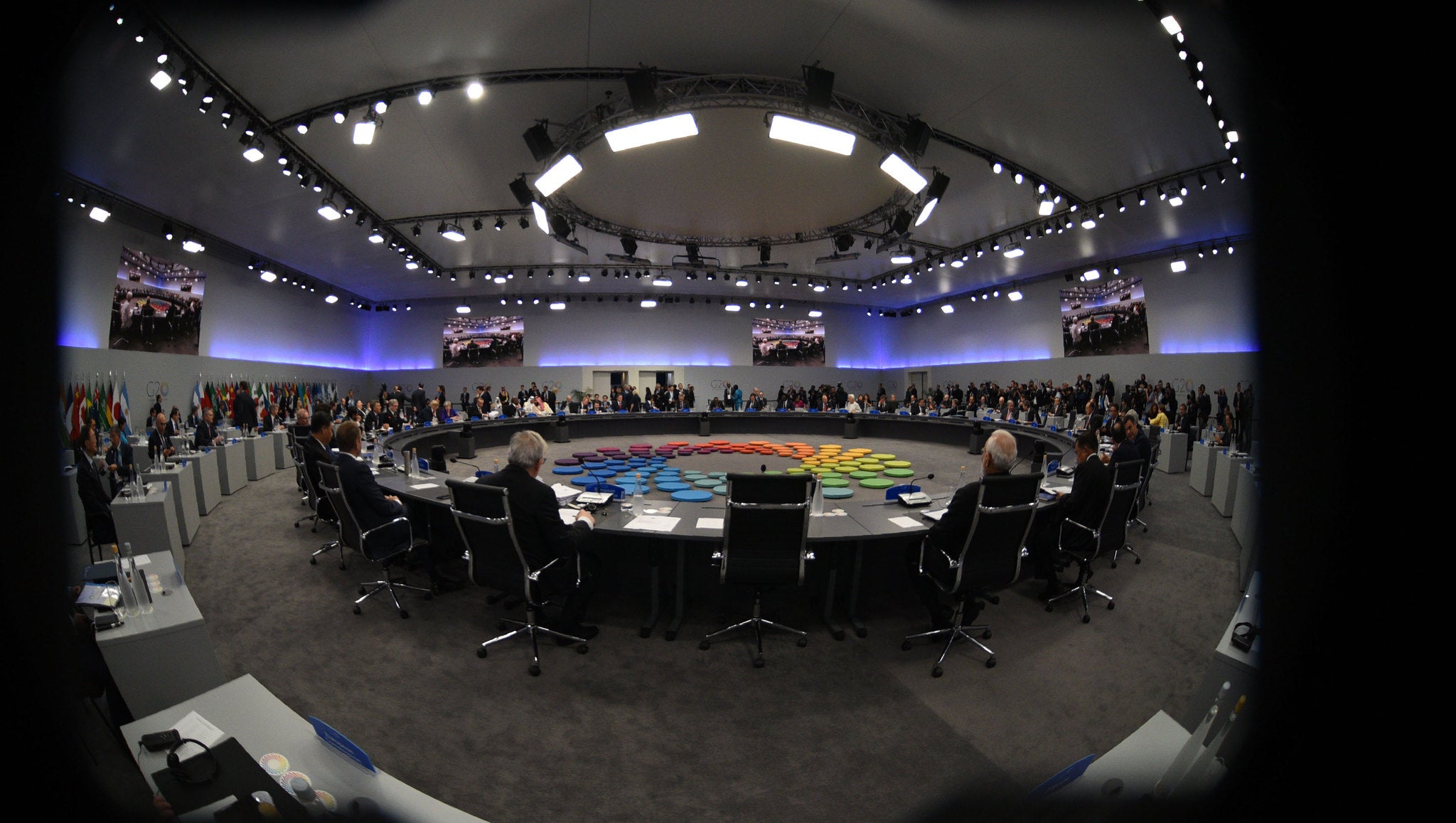 On average, countries in Latin America and the Caribbean collect 22.8% of their GDP in taxes. Tax burden in the region is 11.4 percentage points lower than that of OECD countries (34.2% of their GDP in 2017). In addition, tax evasion prevents the collection of up to 50% of the revenues that should be raised through direct taxes.

This context creates considerable budget constraints for governments who wish to promote development and reduce inequality. As a result, it is necessary to further initiatives that help improve tax equality. On the occasion of the G20 Meeting of Finance Ministers and Central Bank Governors held on April 11 and 12, 2019, in Washington, D.C., it is interesting to evaluate how the G20 contributes to those efforts.

The G20 is the main forum of economic and financial cooperation, and international politics. G20 debates have a huge global impact, since its members account for 85% of the global GDP, two-thirds of the world’s population and 75% of international trade. Three Latin American countries participate in the forum: Mexico, Argentina and Brazil. It is a central space of debate and decision-making, aimed at adopting concrete solutions for the main economic and political challenges the world is facing.

The G20 Finance Track plays a very active role in the promotion of initiatives to improve fiscal capacity and increase revenues. In turn, efforts are made to fight tax avoidance and put an end to bank secrecy for fiscal purposes. Several actions have been taken to achieve this goal.

Following the release of the BEPS Package in October 2015, G20 leaders urged its timely implementation and called on the OECD to develop a more inclusive framework with the involvement of interested non-G20 countries and jurisdictions, including developing economies. As a result, the OECD established the Inclusive Framework on BEPS in June 2016 to define modern international tax rules and address the challenges posed by BEPS. Over 130 countries and jurisdictions have already joined on an equal footing in developing standards on BEPS-related issues and reviewing and monitoring its consistent implementation.

Transparency and the exchange of information are central to the fight against international tax avoidance. In this regard, the Global Forum on Transparency and Exchange of Information for Tax Purposes, which is made up of 154 countries, effectively promoted the exchange of information on request, in particular, since its restructuring in 2009. However, this exchange mechanism was not enough in a globalized economy. As a result, in 2014, the G20 decided to take a further step and created the Automatic Exchange of Financial Information portal. Today over 100 countries are automatically exchanging financial information for tax purposes.

With the goal of monitoring high standards of transparency around the world, the Global Forum evaluates countries through peer review activities and provides efficient mechanisms to ensure the implementation of standards regarding both on-request and automatic exchange of information for tax purposes.

In late 2018, G20 member countries signed the Punta del Este Declaration, which called for maximizing the potential that an effective use of information exchanged under international standards of tax transparency could have. It also encouraged the use of said mechanisms not only to fight tax evasion, but also corruption and other financial crimes.

3.    Design of international taxation standards in the digital economy

Technological advances have created considerable changes in business models. The possibility of having a significant economic presence in a market without a significant physical presence (without offices, branches, salespeople or any other element that might define today the allocation of tax powers to the countries in the market) is particularly important for tax purposes. These changes create new tax challenges and impose the need to review the international tax standards that were designed over a century ago.

The design of international tax standards for the digital economy requires a complex analysis, as well as the joint work of all countries. Many of the developments of that analysis are explained in this document.

The discussions and initiatives that the G20 is promoting help build consensus and promote the tax agenda globally. In addition, the forum promotes the collaborative creation of concrete recommendations aimed at tackling the challenges posed by the new digital economy.

Which achievements do you consider the most important? Add your comments below!

Geraldine is a communicator in the Knowledge, Innovation and Communication Sector at the Inter-American Development Bank (IDB). She holds a Bachelor's Degree with Honors in Political Science from the University of Buenos Aires and a Master's Degree in International Studies from the Torcuato Di Tella University in Argentina. During the last 11 years, she has developed communication strategies, public affairs and public-private partnerships for government, private sector companies and international organizations.

Ubaldo Gonzalez de Frutos is a Sector Lead Specialist in Tax Administration at the IDB Headquarters in Washington D.C., with international taxation and modernization of the tax administration as his main interests. He has held various responsibilities in the Spanish Tax Agency, including the territorial Federal Tax Service Inspectorate, the Office of the General Director, the National Office of Tax Management, the Department of Financial and Tax Inspection and the Central Delegation of Large Taxpayers. The other part of his career has taken him to international positions, first as a financial advisor at the Embassy of Spain in the United States (2003-2008), then as an expert at the Center for Tax Policy and Administration of the OECD (2010-2018), and currently at the Inter-American Development Bank. He has published research papers on the relation between taxation and development, in particular the mobilization of national resources. Other areas of research are corporate tax liability, technology applied to the tax administration and the future of Corporate Tax. Ubaldo González holds a PhD in Law and a degree in Philology from the Complutense University of Madrid and a member of the Higher Body of Tax Inspectors. He has taught numerous seminars and conferences around the world. It is an extraordinary doctorate prize, a prize from the Royal Academy of Doctors of Spain, and a research prize from the Center for Financial Studies.