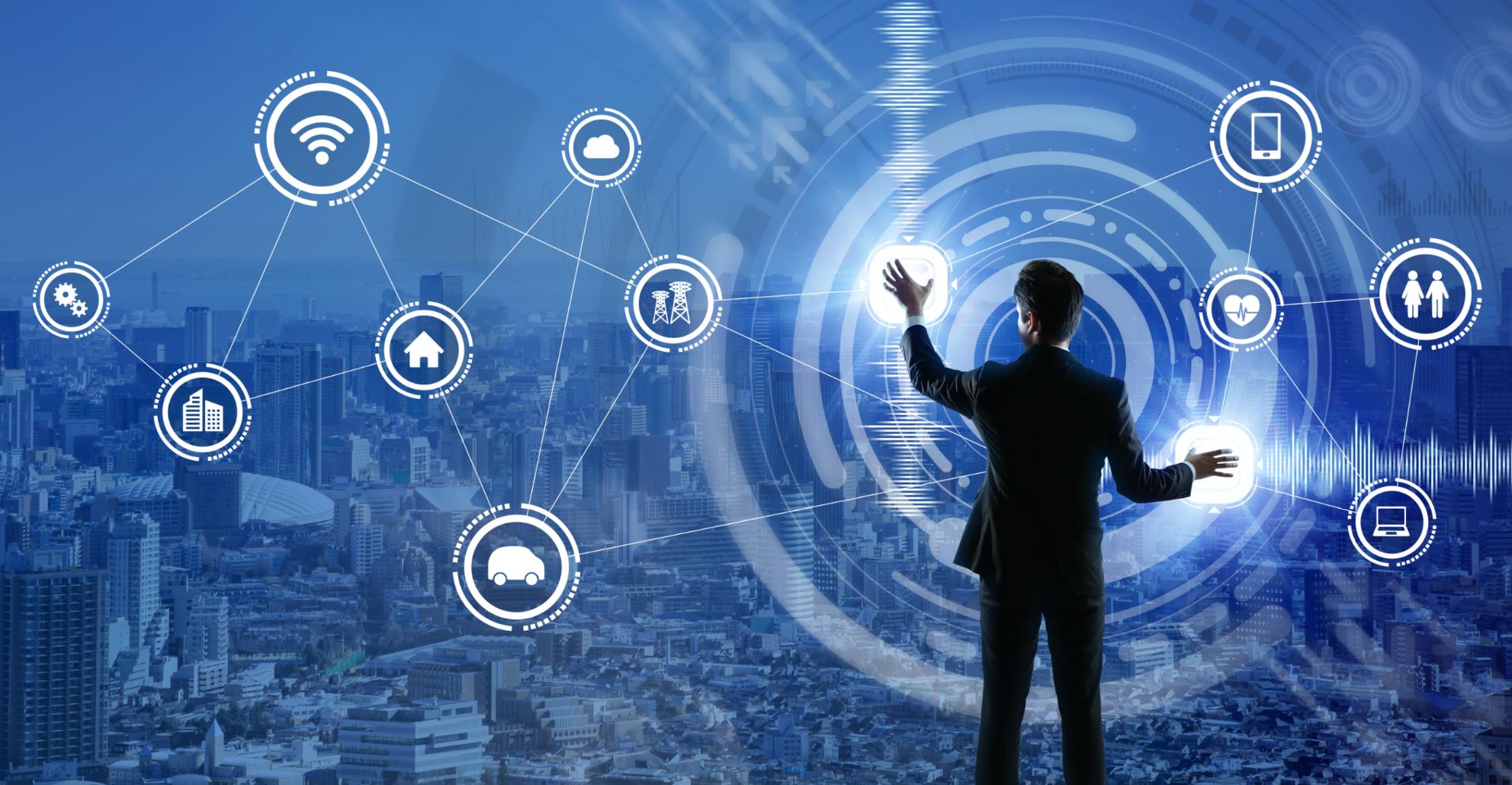 On the September 27th and 28th 2018, the Interamerican Development Bank’s Energy Division held the workshop “Regulatory Challenges and Tools to the Introduction of New Technologies” in Washington, D.C., as part of the series Infrastructure Talks: Innovation in Infrastructure. The event counted with the presence of regulators and policymakers from 11 countries of the Latin America and the Caribbean region (LAC), specialists from the academia and regulatory agencies of the United States. We had important participation of IADB group, other multilateral institutions and consultants.

Thus, we must talk about innovation, because it is a central element to offer better and more competitive energy services in Latin America and the Caribbean. But, for innovation to be adopted efficiently, there is a need to adapt regulation to the new technological and economic characteristics.

The priorities of the region were openly discussed using a digital polling platform, conducted by Swetha Bhagwat, Head of FSR Global Relations. Participants voted to answer to five key questions proposed to discuss. The first question asked attendees which topic they were more interested to discuss in a future event. 58% answered “Planning”; 28% “Innovation” and 14% “Incentives”. During the discussions, regulators highlighted that future uncertainty demand a deeper planning discussion.

The second question was “which of these regulatory tools do you find important?”. The most voted options were “Incentive Regulation” (43%) and “Data Transparency” (30%). The discussions highlighted that regulators should have a more active role in coordinating agents in face of future uncertainty to adapt to new business models. Moreover, decision making should be transparent to assure that this active role of regulators is clear, understandable and reliable.

The third question asked, “what do you think is the real challenge with coordination?”. 74% of the attendees answered that the biggest perceived challenge is the “lack of incentives, different objectives and divergent ideas”. According to the regulators, the coordination between different objectives is a major constraint to build a solid and transparent regulation to conciliate the challenges of the future, country specificities, sectorial demands and sustainable goals.

The fourth question was about the innovations that utilities are able or willing to adapt. 52% of the respondents answered that Reflective (or Responsive) Tariffs are the most likely to be adopted by utilities. It is important to noticed that this adoption would require a massive trading of energy consumption, self-generation and storage personal and business data. On the consumer side, the adoption of such tariff would require data security measurements to assure the confidentiality and non-identification of data, according to the discussants.

The last question addressed “What do you see as the most demanding issue we need to address in the LAC region?”. 52% answered that the LAC region still suffers from the lack of proper access to an affordable energy, and 26% answered that an appropriate cost recovery mechanism is fundamental to implement the demanding innovations in the future.

The event was a great opportunity for both the regulators and the IDB to understand the priorities of the region, to share experiences and practices, and to create synergies to a solid regional dialogue on how to coordinate strategies to smooth the transitions expected for the future. The slides and material can be found in the IADB event webpage.

The IDB’s Infrastructure and Energy Sector Manager, Mr. Agustin Aguerre made the welcome speech, introducing the discussion and highlighting the challenges of the region, the role of the regulatory coordination and the importance of the IDB as a facilitator of the dialogue. The Energy Division Chief, Ariel Yepez-Garcia, introduced the discussion on the utilities of the future and the needing to discuss how regulatory tools can have an active role in the future.

The first panel (“Utilities of the future, regulatory challenges and innovative tools”) counted with the presence of Jean-Michel Glachant, Director of the Florence School of Regulation, in Italy, and the Holder of the Loyola de Palacio Chair; Norman Bay, Head of Energy Regulatory and Enforcement Group of Willkie Farr & Gallagher LLP and former Chairman of the United States Federal Energy Regulatory Commission (FERC); Ignacio Pérez-Arriaga, Professor at the Universidad Pontificia de Comillas, Spain, Visiting Professor at the Massachusetts Institute of Technology and former Commissioner at the Spanish Electricity Regulatory Commission; and Andrew McAllister, current Commissioner at the California Energy Commission and former Managing director at the California Center for Sustainable Energy.

The second panel was a round table moderated by Dr. Jean-Michel Glachant. In this table, three questions were addressed to the participants: What are the key challenges for regulators? What are the most important tools we are introducing and/or looking to introduce to improve regulation? What are the specificities of your country regulation that should be carefully considered? In this round table, we counted with Daniel Schmerler, President of Osinergmin (Peru); Claudio Damiano, President of the Renewable Energy Commission at the ENRE (Argentina); José Venegas, Executive Secretary of the CNE (Chile); Daniel Rocabado, Executive Director of the AE (Bolivia), and Pietro Mendes, Assessor of the General Director of ANP (Brazil).

The third panel discussed the research in energy regulation, results and methodologies and it was moderated by Dr. Ignacio Pérez-Arriaga. First, Dr. Yannick Perez, Tenured Associated Professor at the Université Paris-Sud, presented about the energy regulation for the introduction of electric vehicles. Then, Dr. Miguel Vazquez, Head of the Energy Innovation Area of the Florence School of Regulation and visiting scholar at The George Washington University, discussed about the Coevolution between regulation and technology in electricity industries. And Ruben Chaer, Technical and National Load Dispatching Manager at the ADME (Uruguay) made a presentation on tariff regulation for demand management load.

The fourth-round table of regulators was moderated by Mr. Norman Bay. It counted with the participation of Mario Baquedano, Planning Chief of CREE (Honduras); Roberto Meana, General Manager of the ASEP (Panama); Minor Lopez, President of the CNEE (Guatemala); Sandra Sealy, Chief Executive of the Fair Trade Commission (Barbados) Elvis Caddle, Electricity Analyst of the Fair Trade Commission (Barbados); and Ansord Hewitt, General Director of the OUR (Jamaica).

The first day ended with a behavioral game conducted by Professor Francesc Trillas of the Universitat Autónoma de Barcelona about the Framing Effect on the decision-making. Both regulators and IDB specialists and consultants participated of the game, which compared how agents take decision in the face of a positive or a negative framing.

The second day of event was focused on an open discussion on the future of regulation and the advancements of the IDB as a partner on the identification of challenges, solutions, and to promote a closer dialogue between the countries. The discussion was led by Tomas Serebrinsky, Principal Economic Advisor of the IDB’s Infrastructure and Energy Sector, Michelle Hallack, Economics Specialist of the IDB’s Energy Division, and Jean-Michel Glachant of the Florence School of Regulation.

Alexandre Mejdalani was a consultant t the Inter-American Development Bank and worked on research projects in the Energy Division, Infrastructure and Energy Sector. He holds a master degree in Applied Economics from the Federal University of Juiz de Fora (Brazil) and is currently a Ph.D. Candidate in Economics at the Fluminense Federal University (Brazil). His topics of interest are energy market design and clean technologies transition.