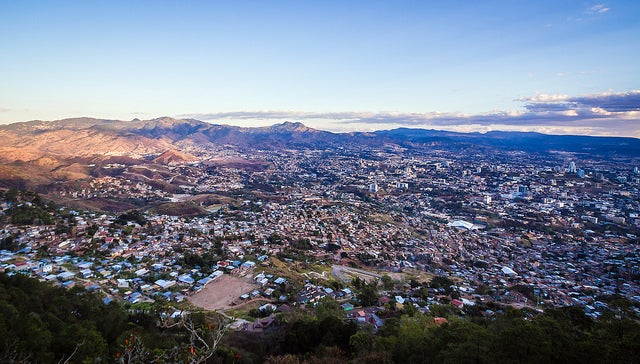 Hydropower has long been the main source of electricity generation in Latin America and the Caribbean, followed by petroleum products and natural gas. But in the last decade natural gas has surged in importance. Several countries with a growing demand for electricity have turned to gas as a cheaper and more efficient alternative to refined oil products. In 2001, natural gas overtook oil products to become the second most important source for electricity generation in the region.

This graph shows the fuel sources used to generate electricity in the region in 2013 on the left and the actual electricity generated on the right; the box in the middle reflects the amount that is used or lost in the generation process.

Why the upsurge in natural gas?

The top four countries that use natural gas to generate electricity are (in descending order of GWh/year) Mexico, Argentina, Brazil, and Venezuela. Each country generates more than 20,000 GWh/year, and together they account for most of the gas-fired generation in the region. However, Mexico has been the main driver of the relatively recent growth.

Indeed, Mexico generates almost as much electricity from natural gas (165,751 GWh/year) as the other three countries combined (165,872 GWh/year). Mexico’s effect on the electricity matrix in the Latin America and Caribbean can be seen in the following graphs:

Figure 3: Generation by Source in LAC (including Mexico)

Will the trend continue?

From 2001 to 2013, Mexico tripled gas-fired generation, from 53,334 GWh/year to 165,751 GWh/year. As natural gas has made up a larger share of the electricity matrix, Mexico’s imports of it have also increased (Figure 5). With demand for electricity growing at a steady pace—generally correlated with rising per capita income —Mexico’s demand for natural gas will likely increase. And as a result, the electricity matrix for the entire region will continue to show an upward trend in gas-fired generation.