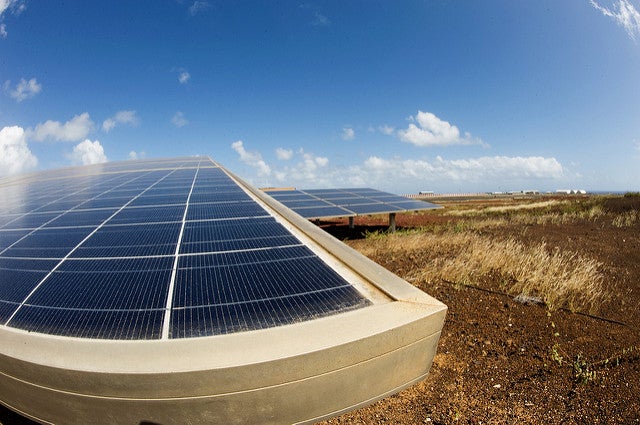 Accelerating the implementation of energy efficiency practices will require investment in order to overcome the initial capital cost barrier, and it is necessary to develop institutional and regulatory measures to promote growth in the energy efficiency market. Investing in energy efficiency is an opportunity to increase the competitiveness of companies by decreasing operating costs, updating technology, reducing maintenance costs, and increasing product attractiveness. It is also an opportunity to slow down the need for investments in new power infrastructure by making better use of what currently exists. Regional power needs are projected to grow by more than 91% through 2040, reaching over 2,970 TWh – growing at an average annual rate of 2.4%. Keeping the lights on for everyone means that the region will need to add nearly 1,500 TWh to meet its additional electricity requirements.

In a fast growing economy, businesses and the infrastructure that supports them (financiers, consultants, etc.) are mainly focusing on increasing production capacity and product outputs. Developing economies are primarily fueled by cheap labor and low (or subsidized) energy costs. The finance sector is also geared towards servicing the growth of the economy and has developed knowledge and skills in financing mainstream investments. This makes it much more difficult to promote the development and application of energy efficiency measures on a large-scale commercial basis.

A combination of policy enforcement and incentives, when implemented well, usually produces results. For example, Eastern European countries have had success with this model.

Economic deceleration throughout Latin America and the Caribbean may put pressure on government funding for energy efficiency as funding is limited and target sectors would be competing among each other. However, given the significant interest international financial institutions have in supporting energy efficiency interventions, concessional or donor/grant funding will not be affected. At the same time, the cooling down of economies may bring energy efficiency higher up on the agenda, which will increase industrial competitiveness and reduce public spending, both of which are aligned with energy efficiency actions.

On the other hand, the current macroeconomic scenario also provides a new window of opportunity to foster the participation of private capital in energy efficiency programs. Countries like Ecuador which have a tradition of strong public expenditure over the last decade are accelerating the development of Public-Private Partnership initiatives. The creation and modification of local policies and regulations is seen as a priority, and the development of energy efficiency and renewable energy projects is seen as the core of new business in the energy sector. In Mexico energy efficiency programs and policies have had countercyclical effects in industries facing economic difficulties.

With climate change becoming increasingly important, energy efficiency is becoming a very attractive option as it is widely regarded as a cost-effective way to achieve the climate goals (CO2 reductions) set by governments. The IDB which serves as the Latin America and Caribbean Hub of the Sustainable Energy for All initiative is very pleased to work with countries to help them with activities, programs, tools and institutional arrangements that support policies that promote EE in the region.