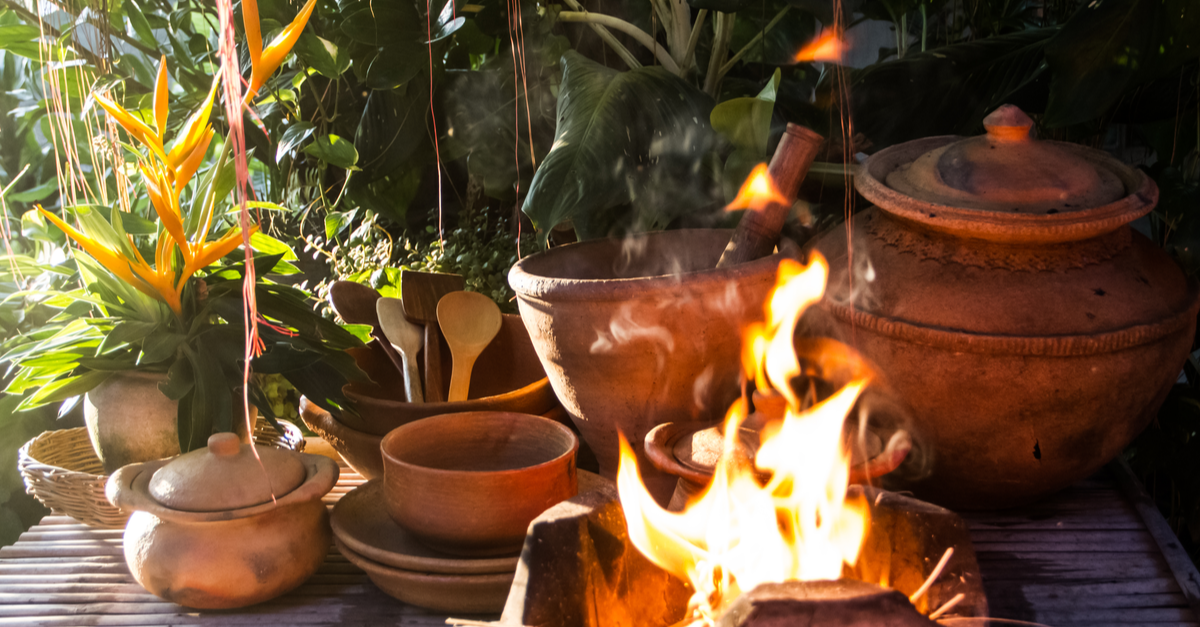 In the cold moor of Cuchumatanes, on the Guatemalan plateau, the warmth of an efficient stove allows the food to be prepared inside small dwellings. It is dawn and the ideal time to prepare coffee and then after breakfast for the family.  It only remains to wait for the day light to start chores, labor, school and other everyday activities.

This is a common scenario in some communities in the countries of the region, which is harder in some areas than in others.  For some people, it means melancholy, and for others, it is the lifestyle they are used to.  In countries such as Guatemala, 7 out of 10 people use firewood to satisfy their energy needs. This consumption occurs mainly in rural communities with the lowest income and represents 87% of the total population.

Nevertheless, nearly 85% of the firewood is extracted from forests, causing environmental and social deterioration with negative consequences for the future of Guatemalans.  For instance, the smoke produced by burning wood results in high risks of heart and respiratory diseases. Unfortunately, 70% of households cope with this issue.

The largest consumer of firewood in the region

Guatemala is the country with the largest consumption of firewood in Central America. The energy sector is the second with the highest emission rate, since it represents 39% of total emissions. While, firewood represents 57% of the total energy matrix.

The total yearly demand of firewood is estimated in 16 million tons, which is equivalent to approximately 40 million barrels of petroleum per year.  However, there was already a 5-million-ton deficit of firewood by the year 2017.

Based on the above, IDB recently signed an agreement for 11 million euros to implement a project of efficient use of firewood and alternative fuel for cooking in indigenous and rural communities in Guatemala.  This funding is a grant coming from NAMA Facility, which is a fund created by Germany, Great Britain, Denmark and the European Union, to carry out actions to reduce emissions in developing countries.

Millions of indigenous children and women will be benefitted

This Project seeks to reduce the emissions of greenhouse gases in Guatemala by reducing the consumption of firewood.  The first measure to be taken will be the installation of at least 225,000 efficient stoves in a five-year period, specially helping rural indigenous communities and prioritizing five departments of the country.  The efficient stoves represent at least a decrease of 50% of firewood consumption, which implies an average yearly saving of US$ 360 for the beneficiary families.  This amount represents approximately twice the cost of an efficient stove.

On one hand this saving allows them to purchase a stove; on the other hand, it frees resources from the family budget that may be used in some other way.  The saving capacity in this communities is very low; thus, a line of credit is essential.  Currently, only 13% of the population has had access to financing, since they can not comply with credit requirements.

The Project is intended to reduce barriers that limit the use of improved stoves and make the purchase of this product easier, one of the main barriers is the lack of access to credit.  The manufacturers of stoves face a similar situation: very low productivity, craft processes, lack of scale and access to new technology.  It is also difficult for them to get credit, in order to improve their productivity capacity.  Therefore, measures such as loan guarantees will be implemented for manufactures and consumers, to improve access to credit, productivity, efficiency and the cost of stove manufacturing.

More than 1.1 million people, most of them indigenous children and women, in rural areas, who live in vulnerable conditions will be direct beneficiaries.  The use of improved stoves will also have impact on health and environmental conditions of the beneficiaries.  In addition, more than 15 stove manufacturers will be included into the program.

The indigenous and rural communities may also count on cooking alternative technology, including induction, biogas, and solar panel stoves.  This will be done through a pilot program, in coordination with third stakeholders, such as electricity companies, international cooperation, NGOs and governmental agencies.

The activities implemented by IDB are intended to establish synergies among key stakeholders to assure a better focalization and execution of the operations.  By this means, we are seeking to articulate the stakeholders and third parties of the value chain, to guarantee efficiency and focalization of our actions.

At the same time, the outcomes of this pilot project will generate inputs for the implementation of public policies that may benefit the most vulnerable sectors, that will later be carried out countrywide.