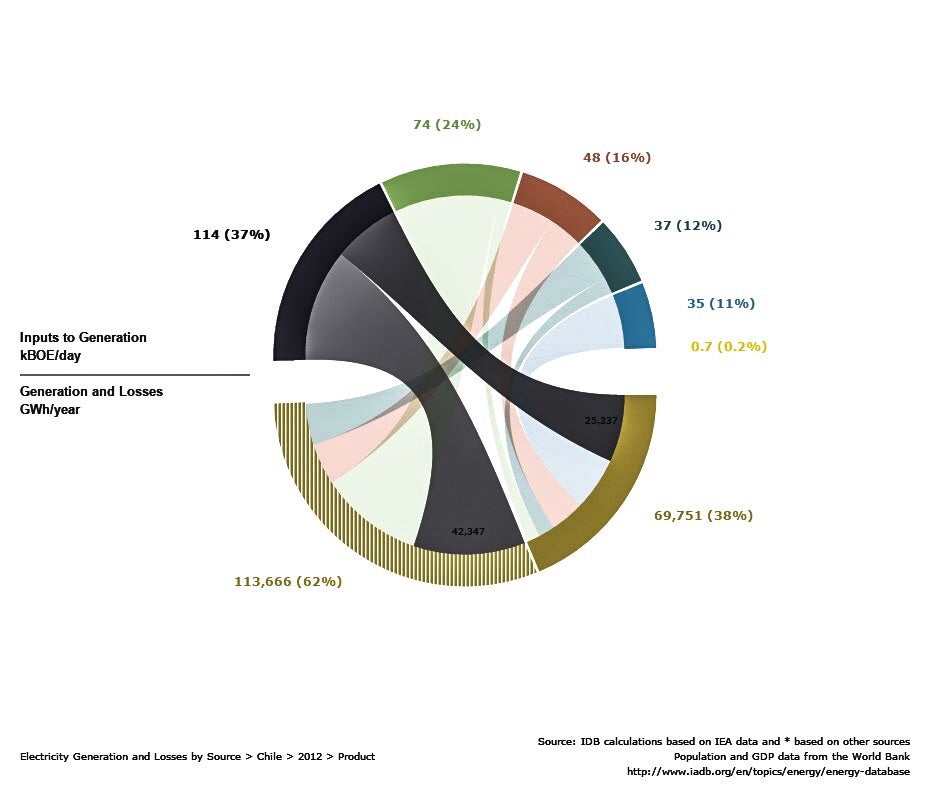 Electricity Generation and Losses by Source in Chile, 2012

For more information about energy in Latin America, visit the IDB Energy Database.