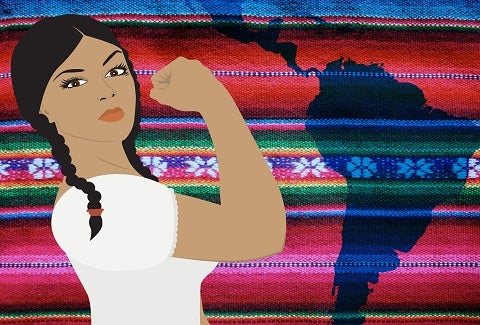 A study shows that female mayors attract twice as much in discretionary transfers from the federal government as their male counterparts and they are less likely to engage in corrupt activities.

Only 22 per cent of all national parliamentarians worldwide were female as of August 2015, and only 11 women served as head of state The numbers have been increasing slowly, with the number of parliamentarians’  rising from 11.3 percent in 1995.

Latin America stands as one of the regions that has made more progress in reducing gender gaps in political participation, but the reality is that women are also underrepresented in our region. In 2013, only about 25 percent of members of parliament and 7 percent of mayors at the local level were women.

Beyond the importance of promoting equal opportunities for all, why should we also care about gender parity in political representation?

In theory, there is no definitive answer as to whether having more women in power should yield any benefits. As the American economist Anthony Downs indicated in his famous economic theory of democracy, it is possible that electoral incentives encourage politicians to always act according to the interests of voters.

However, as more recent theories argue, such as those coming from Timothy Besley and Stephen Coate, in settings with weak electoral incentives, it is also possible that politicians’ identity and preferences affect their policy decisions.

So far, various empirical studies have shown that men and women have indeed different preferences. At the household level, women seem to be more concerned about the health and nutrition of girls. At the firm level, women directors are more likely than men to attend board and committee meetings and are more concerned with monitoring. At the policy level, they seem to prioritize investments that are relevant to the needs of women.

So if politicians’ gender  actually matters, bringing more women into power could have important implications for policy design and, ultimately, for development.

Surprisingly, there is still little causal evidence exploring this issue in developing countries in general and in Latin America in particular. This is mostly due to the fact that women  are not randomly allocated to power positions, making any comparison of localities or regions with and without women leaders unsuitable. To overcome this problem, the nonexperimental literature has relied on close election results, under the argument that having a man or a woman winning in a close election race can be considered a random event.

A recent study in Brazil shows that female mayors attract twice as much in discretionary transfers from the federal government as their male counterparts. Their municipalities also report better outcomes for prenatal care delivery, and they are less likely to engage in corrupt activities.  The results from this study shed important light into the benefits that women politicians are bringing in the region. They also leave and open further research questions.

One question that remained unexplored is what happens when women politicians are not directly elected by voters but gain a power position through a system of proportional representation. This is common not only in the region, but in many countries that have implemented gender quota systems.

Examining the processes women follow to get into power could be important to understanding how much they can influence the policy- making process. In the end, holding a position of power may not necessarily translate into having voice.

In an ongoing evaluation, I explore the impacts of increasing women’s participation in municipal councils of Bolivia, where elections are based on a system of proportional representation. Women’s journeys to get and remain in power in these councils have been difficult.

Political parties have usually placed them in substitute positions in their list of candidates, significantly reducing their opportunities to be elected. Among the women who have actually won a seat, several have become victims of political violence, forcing them to resign. Cases of extreme physical violence against women in power have been even reported in the country in recent years, while many remain still unreported.

The empirical approach of this study exploits the fact that, following a national law, most political parties placed women in very specific positions in their list of candidates in the elections of 2004. I use this elective year given the access to complete municipal level data before and after the elections.

Despite all the difficulties women politicians face, the preliminary results of this evaluation are optimistic. Women in power have been able to influence public policy making in their municipalities. In particular, councils with women have significantly increased their expenditures in health, education, and environmental programs, as opposed to male dominated councils, which have paid more attention to infrastructure investments.

The impacts of women’s representation appear some years after elections, probably indicating that training and familiarity with administrative procedures is essential for effective participation. More evidence for the region is definitively needed.

A gender-balanced government may bring many more benefits to development beyond equality of opportunities. Over the past few years, Bolivia has made remarkable progress by closely overseeing  electoral processes to make sure women are fairly represented and by enacting a law against political violence directed to women, the first of its kind in the world.

Looking forward, we still have much to learn on how to best prepare women for this new role in society, how to guarantee that laws that protect them are truly implemented, and, most importantly, what is the right balance of policies needed to promote development.

Patricia Yañez-Pagans is an Economist at the Office of Strategic Planning and Development Effectiveness (SPD). She holds a Ph.D. in Agricultural and Applied Economics from the University of Wisconsin-Madison and specializes in the fields of development, environmental, and applied microeconomics.