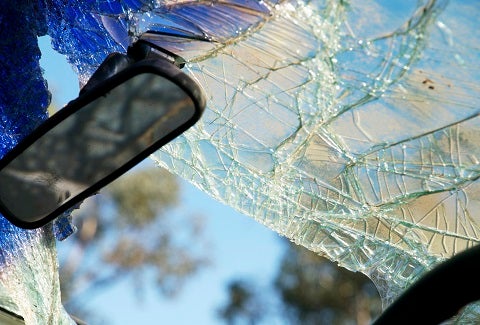 Ninety percent of deaths and injuries from road accidents happen in low- and middle-income countries, where direct and indirect costs are close to $100 billion  a year.

Friday evening, Juan was driving home. It was raining and he was tired. That week was rough: too much work, few free hours, and little sleep.

But finally, it was Friday. He wanted to get home to hug his wife and his children. They were waiting for him, gathered smiling around the table to celebrate Carlitos’ third birthday.

Carlitos never blew out those candles.

Juan never got home.  He never saw his family  again. He  met his death on the road.

Poor lighting on that rainy night, the lack of signage on the curvy road, and not wearing his seat belt were a fatal combination.

This  story is fiction but it could actually happen in real life. The poor and unsafe driving conditions around the world are terrible facts.

Every year, 1.3 million people are killed on the roads worldwide, and as many as 50 million are injured. Ninety percent of deaths and injuries from road accidents happen in low- and middle-income countries, where direct and indirect costs are close to $100 billion  a year.

To help reduce the increasing trend in road fatalities, the United Nations General Assembly proclaimed the Decade of Action for Road Safety (2011–2020) in 2010. As we approach the middle of the decade, multiple efforts are in place to evaluate how much has been achieved and how to move forward. Surprisingly, there is almost no causal evidence on the effectiveness of road safety interventions in developing countries.

The evaluation of road safety programs has traditionally been based on before-and-after comparisons of relevant outcome variables: usually the number of people injured or killed  in road accidents.

But these outcomes may be affected by multiple factors (such as drivers’ and pedestrians’ behavior, road conditions, and local laws). So it is difficult to attribute any changes observed over time to a single program or intervention.

Impact evaluation techniques, which seek to achieve attribution by empirically measuring results for both treatment and control groups,  offer new pathways to explore and better understand what works and what doesn’t work to promote road safety.

Over the past year, the Inter-American Development Bank’s  Transport Division (TSP) and Office of Strategic Planning and Development Effectiveness (SPD) have started discussions on how to best design a strategic impact evaluation agenda for  road safety for the region. The first step in this process has been building an inventory of existing impact evaluations in four priority areas of action: the human factor, infrastructure, normative frameworks, and vehicles.

Many important lessons can be extracted from these studies, and important knowledge gaps have also been revealed. The big conclusion of this preliminary investigation is that despite the richness of this literature, very few studies have been conducted in developing countries, and even fewer in Latin America and the Caribbean.

A summary of the findings in the literature follows. Studies considered here have all taken into account comparison groups, and therefore move beyond simple reflexive comparisons. In spite of this, some suffer from small sample sizes. Several cannot definitively state that the chosen control groups are appropriate counterfactuals, and almost none of the studies consider spillover effects.

1. Changing human behavior to promote safe conduct on the road is a central element in many road safety strategies. Evidence from randomized controlled trials shows that road safety education can improve knowledge; however, whether it actually reduces the risk of injury in traffic crashes is still unknown (Duperrex and others 2002).

Recent experimental evidence from Kenya shows how a low-cost intervention, through evocative stickers placed in small minibuses (matatus) to urge bus drivers to drive more carefully,  can have significant effects in reducing injury or death accidents (Habyarimana and Jack 2011).

2. Transport infrastructure that is in poor condition or has been inadequately designed is one of the most important contributing factors to accidents. Improving it has been the main focus of most of the IDB´s transport operations.

Evidence from European countries shows that converting intersections to roundabouts can reduce the number of injuries by 30 percent to 50 percent, and decrease fatal accidents by 50 percent to 70 percent (Elvik 2003).

Reductions are greater in intersections previously controlled by yield signs than in those controlled by traffic signals, but come at the cost of increases in accidents with bicyclists (Daniels and others 2008). These results point to the importance of understanding trade-offs—which calls for detailed accident data.

Technology has also been proven to promote road safety. Technology can complement updates of infrastructure and/or serve as a mechanism to motivate changes in human behavior. A study of mobile speed cameras in the United Kingdom shows that they are associated with a 50 percent reduction in personal injury accidents within 500 meters. The largest reduction in injuries was for pedestrians (Christie and others  2003).

A study in the U.S. state of Pennsylvania shows how complementary interventions can help  maximize impacts. Lengthening the timing of the yellow signal (urging drivers to slow down) reduced red light violations by 36 percent. Adding a red light camera further reduced violations by 96 percent (Retting and others  2007).

This literature also highlights trade-offs. In the U.S. state of Virginia, red-light cameras decreased crashes caused by running a red light  by 42 percent, but increased rear-end crashes by 27 percent (Garber and others  2007).

3. Normative frameworks, when strictly enforced, can be one of the most powerful tools to promote road safety. Decreasing the illegal Blood Alcohol Content (BAC) limit from 0.8 to 0.5 parts per milligram reduces accidents between 6 percent and 12 percent, mainly among urban male drivers, evidence from European countries indicates (Albalate 2008). An evaluation from Chile concludes that lowering BAC limits from 0.5 to 0.3 reduces the number of alcohol-related car accidents by 18 percent (Otero and Rau 2014).

A very recent study from the U.S. state of Washington shows that increasing police patrols during night shifts reduces alcohol-related accidents by approximately 23 percent (Thomas and others 2015).

4. A commonly accepted hypothesis is that as the technical condition of vehicles deteriorates, they are more prone to accidents. An experimental evaluation in Norway tests the effects of periodic motor vehicle inspections on the accident rate (Fosser 1992).The number of accidents was recorded for four years for 204,000 cars that were randomly assigned to one of the three conditions: inspected annually during a three-year period; inspected once during a three-year period, or not inspected. No differences in accident rates were found between the groups.

How much we can extrapolate these results to other contexts is a key question. Average vehicle condition varies widely by country and is much worse in low-income countries, which could potentially affect the conclusions yielded by similar studies in other settings.

This summary of the literature highlights the urgent need to generate evidence for developing countries. Moving forward, it will be important not only to strengthen evaluation methods but to improve information systems in developing countries, as this is one of the main causes for the small number of studies in these settings.

It will also be important to carefully consider how to design impact evaluations to strategically close knowledge gaps, taking into account the multiple trade-offs and complementarities that characterize road safety interventions.

This process might come with multiple challenges that will require a good understanding of the timing of potential effects and the capacity to isolate the impacts of multiple interventions that simultaneously affect results.

Until more evidence is constructed, the literature available continues to be extremely valuable. Not only can it help us learn about methods and approaches taken in evaluation, but the results can help guide the definition of targets in projects that might affect road safety —which in many cases are defined without any empirical foundations due to the lack of information.

Patricia Yañez-Pagans is an Economist at the Office of Strategic Planning and Development Effectiveness (SPD). She holds a Ph.D. in Agricultural and Applied Economics from the University of Wisconsin-Madison and specializes in the fields of development, environmental, and applied microeconomics.