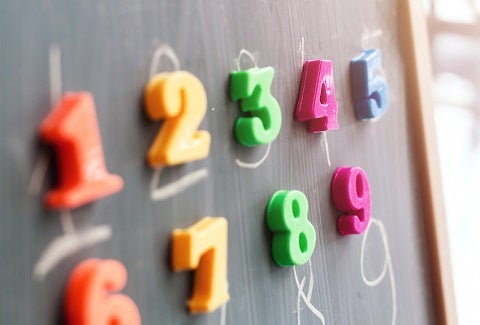 As part of a lesson on quantities, a group of five-year-olds in Huancavelica, Peru, was asked, “If you have three candies and I have six, what is that?” The expected answer was something along the lines of “more” or “less,” but after a moment of contemplation, a student responded, “Unfair.”

These preschoolers are part of a new bilingual preschool program called Mimate that helps children develop essential pre-math skills. Children need these skills as a basis for primary school mathematics, including number sequence, shape recognition, counting objects, and spatial relations (such as the difference between over and under).

In an effort to lay a foundation of pre-math skills that sets children up to succeed in primary school mathematics, the Ministry of Education decided to pilot the Mimate model in the departments of Huancavelica and Ayacucho with technical support from the Inter-American Development Bank (IDB) and financing from the IDB Japan Special Fund for Poverty Reduction.

These two southern regions are some of the poorest performers in a country that, on the whole, does not perform well on international standardized tests.

The program starts with number sequence by singing a song that counts up and down, then teaches number structure by asking children to perform such tasks as circling groups of insects on a worksheet, or playing with dice.

Geometric shapes are taught with small plastic tiles and wooden blocks, and fine motor skills are honed with balls of clay and drawing activities. Each student receives a personal set of cardboard circles, number cards, a small mirror, plastic tiles, wooden blocks, and dice. The toys and tools are kept available in a corner of the classroom for children to play with during free hours.

Each child advances at his or her own pace—supported by Mimate’s assessments and individualized instruction. Teachers conduct formative assessments of each student every two weeks with simple flash cards that guide instruction.

Formative assessment is the basis for individualized instruction.

Its purpose is not to grade students (that would be summative assessment), but rather to get feedback that identifies each student’s strengths and areas for additional support.

Based on a five-minute quiz, the teacher directs each student to an appropriate activity that challenges but does not overwhelm him or her. This flips the traditional role of teachers, having them respond to students instead of vice versa, which demands more precise attention and patience.

The individualized instruction and the sequencing of the curriculum keep students at the edge of their comfort zone, where learning is fastest. For example, kids first learn to write numbers as dots (·, ··, ···, and so on) and gradually transition to writing them as digits.

Teaching mentors visit classrooms to refine teaching techniques. Such a dramatic change in teaching methodology can be difficult for experienced teachers, so teaching mentors offer advice and ensure that teachers adapt to the new program faithfully. During the year-long pilot, each teacher received an average of six visits.

Innovation for Poverty Action tested over 2,400 children in 107 schools.

The schools were randomly divided into two groups. The control group (53 schools) proceeded with their existing plans, while the treatment group (54 schools) adopted the Mimate program in their preschool classrooms for the 2012 school year.

In 2013, the same students were tested after completing a regular year of first grade to measure if the effects persisted.

Mimate was designed to give these struggling groups an opportunity to close the gap.

On average, Mimate students improved 6 percentage points more than the control group after one school year.

Only The socioeconomic gap in math skills was reduced; the gender and language gaps persisted. Children of low socioeconomic status improved at a faster rate than their wealthier peers, as did rural students compared to their urban peers.

However, the program was less successful in closing the gender and language gaps, where girls and Quechua speakers improved at a slower rate than boys and Spanish speakers.

Only students taught by teachers trained in the Mimate method who had higher levels of formal education continued to outperform the control group one year after the program ended.

That better qualified, but not more experienced, teachers taught the program more effectively suggests that teacher flexibility and formal education are critical to the program’s success.

The pilot has important policy implications. Perhaps most importantly, the results indicate that there is a need to amplify teacher training efforts with a focus on teachers with less formal education.

The positive medium-term effects were not shared by students of teachers who only held a non-university teaching degree. Additional training efforts could equip these teachers with the improved student-interaction skills and classroom-management skills that are necessary for the program to thrive.

Finally, the message about gender and language gaps is loud and clear. The model needs to be revised to add exercises and messages that promote mathematics as a normal activity for girls.

Also, continuing to train teachers (all female in the sample) to be confident in math may help girls ease their relationship with math. To close the language gap, making the model bilingual was an important but insufficient first step.

Quechua-speaking students will need additional support. Anything else would be unfair.

These are some of the posts of the series:
– Cerrando Brechas: good teachers matters for kindergarten success
– Symphony for Peru: music and social inclusion together
– Lessons from Honduras’ CTT program: conditionalities matter
– Opening the English world for native Spanish speakers