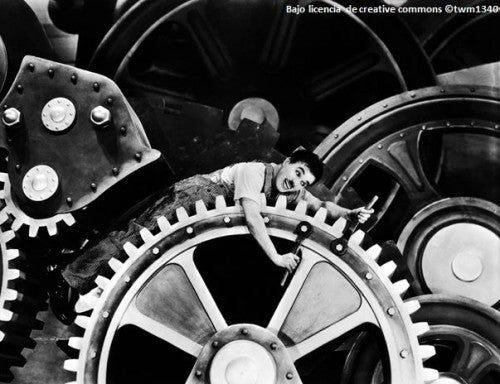 The relationship between innovation and employment has never been an easy one. For a long time innovation was seen as a potential threat to employment and economists got to the point of defining technological unemployment as a disease.

The argument was that technological change could create unemployment through the substitution of capital for labor. The discussion has then evolved over time to take into account how different types of innovation under different market conditions may imply different effects on employment and employment composition.

For instance, process innovation can induce a substitution of capital for labor, but can also result in higher productivity, lower prices, and higher demand, which will eventually create new jobs for displaced workers (the well-known compensation effects). So, the final effects of innovation on employment depend on the balance between substitution and compensation effects.

Few weeks ago a couple of articles by The Economist (“Coming to an office near you” and “The onrushing wave”) revamped the debate on how much employees should be concerned about new technologies pushing them out of their jobs. Although acknowledging that in the long run innovation still seems beneficial both in terms of quantity and quality of jobs, the articles report the opinion of economists (including Larry Summers), who believe that nowadays technical change is increasingly taking the form of

“capital that effectively substitutes for labor”

and that we may be facing a temporary phase of maladjustment to the productivity gains induced by the recent high paced sequence of technological changes.

Is innovation a threat to employment in Latin America?

The question not only has academic value, but also has important consequences for policy makers. In fact, most of the policies aimed at fostering innovation and the adoption of new technologies in LAC have been implemented under the assumption that they contribute to economic growth in general and job creation.

Although rarely questioned, this approach is based on the premise that technological change leads not only to higher efficiency, but also eventually to the creation of new and better jobs.

According to a series of IDB recent studies the answer to this question is no…..with some caveats.

A first set of studies in Argentina, Chile, Costa Rica and Uruguay relates employment growth to both product and process innovation.

Results show a clear prevalence of compensation effects by which the introduction of new products induces employment growth at the firm level, while process innovation has negative effect on employment only in the case of Chile.

Another study makes a deep dive into the analysis of the impact of specific business innovation strategies, showing that technological changes resulting from in-house activities are much more employment friendly than those resulting from the adoption of externally developed technologies. Finally, the effect of innovation policies on employment is also tackled directly through impact evaluations of programs aimed at promoting innovation.

The results show that both the support to process and product innovation contributed to the creation of new and better jobs (i.e. higher paid jobs), but they also confirm that supporting product innovation has the highest return in terms of quality of jobs created.

In closing, innovation and employment seem to be still good friends in Latin America….at least for now….