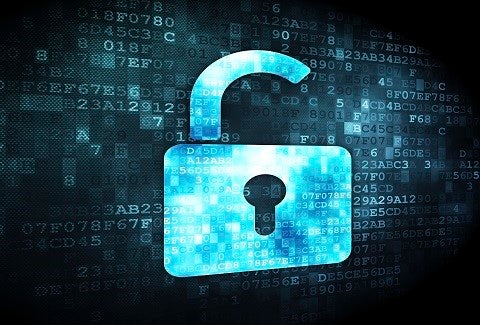 by Erin Bautista and Tracy Betts.

Each year, international development institutions channel billions of dollars into development projects around the world. Is the money well spent? Does it produce the desired results?

While many development providers publish project details through their own websites and reports, finding consolidated information on which projects are active in a given country, what they are achieving, and where the gaps are can be a daunting task.

That’s why transparency in development cooperation has come to mean a lot more than simply making information public, but also making it easily accessible and usable.

Since 2010, the NGO Publish What You Fund has been using this notion of transparency to rate development providers and advocate for further improvements.

This year’s Aid Transparency Index, released on April 13th, recognized the Inter-American Development Bank (IDB) as one of the world’s most transparent providers of international development assistance. The IDB ranked 7th out of 46 of the world’s largest providers included in this year’s index and was noted as being especially strong with respect to publishing organizational planning information, project documents and project performance information.

Take, for example, Honduras, a country which has at least 30 distinct bilateral and multilateral institutions financing projects within its borders, with numerous NGOs and private firms involved in their implementation.

With the large number of players, there is a danger of duplication of effort if interventions aren’t well coordinated. Regular in-country donor coordination meetings are one way to avoid this, but sharing detailed project information through the International Aid Transparency Initiative (IATI) is another important tool to help improve both the efficiency and effectiveness of donor coordination and, by extension, development itself.

Initially launched in 2008, IATI gained significant traction at the fourth High Level Forum on Aid Effectiveness in Busan (Korea) in 2011 where it was cited as part of a “common, open standard” for publishing information on development cooperation resources.

The idea was to make information about development spending easier to access, use, and understand by allowing government recipients of aid, NGOs, and any other interested party to access information from a wide range of funders and implementing partners at a single website and in a common format. The desired result: a fuller, easier to understand view of who is doing what in development from the country level down to cities and even neighborhoods.

Over the last several years, the IDB has increasingly incorporated more detailed information about its work in the Region, covering over one thousand projects in its IATI datasets (a major reason for our strong performance on this year’s Aid Transparency Index).

While much of this information already was available on the IDB website, publishing it through IATI’s one-stop shop now allows users to access this consolidated information more easily and aggregate it with that of other development providers.

For example, the website d-portal.org (currently managed by the IATI Secretariat) shows a consolidated picture of resource flows based on data from not only the IDB, but nearly 400 other IATI publishers as well as the OECD.

The screenshot shows some of the high level information available on d-portal, but one can also drill down to find specific project details, such as links to key project documents, dates and amounts of financial disbursements, and achievement of project performance targets (provided that this information has been included in the relevant IATI datasets).

For those interested in digging into more detail on IDB’s projects, in particular, our open data portal allows users to download project data in Excel and other user-friendly formats (IATI data is published in .xml, which is a standard machine-readable format).

The adoption last year of the 2030 Sustainable Development Agenda and the goals (SDGs) that underpin it marked the beginning of a new, more ambitious era of development – one which requires even greater collaboration and partnership among a wide range of development actors to address the world’s most pressing challenges.

As we strive for greater complementarity and additionality among our efforts, having access to transparent and usable information on development projects becomes even more important.

As we at the IDB continue to make information on the projects we support more accessible, we welcome inputs on how we can better meet end-user needs.

How are you using IATI data? What additional information can we share to help coordination and planning in your country? Tell us what you think in the comments section below.

Erin Bautista specializes in results measurement and aid transparency in the Office of Strategic Planning and Development Effectiveness at the IDB. She has managed IDB’s publication of data to IATI and other data transparency initiatives since 2014 and has over a decade of experience designing, implementing, and evaluating international development projects in Africa and Latin America.

Tracy Betts has nearly thirty years of experience in development in Latin America and the Caribbean. Prior to assuming her current role as Division Chief, Strategy Monitoring in the Office of Strategic Planning and Development Effectiveness, Ms. Betts served as the IDB Representative in Uruguay for over three years.  Ms. Betts has extensive strategic and operational hands-on expertise in all aspects of the project cycle, working both in the Bank’s Headquarters and in the field,  including country programming, project identification, preparation, design, implementation, supervision, monitoring, and evaluation.