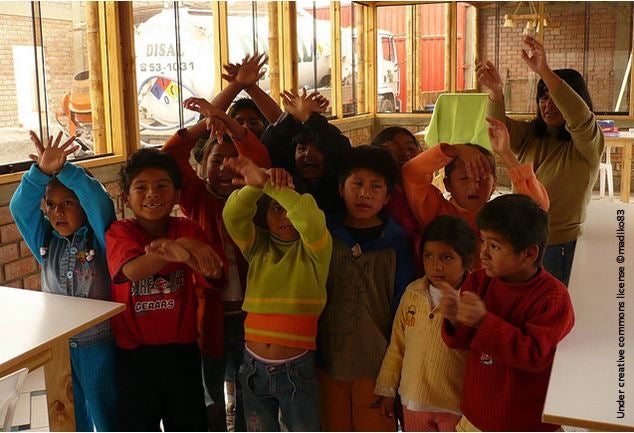 In early May I attended a conference on Skills, Education and Labor Market Outcomes at the University of Maryland. Five papers were presented discussing investments in human capital, its effects and mechanisms through which these investments provide returns later in the labor market. A link to the papers and information on the conference can be found here.

This research provides evidence that investment in human capital is multidimensional, malleable and has an effect on future wages. It also shows that investment needs to be done right.

First, human capital is multi-dimensional and malleable by families, schools and firms. Omar Arias presented the paper “Does Perseverance Pay as Much as Being Smart? The Returns to Cognitive and Non-cognitive Skills in Urban Peru”.

The authors use data from a random sample of the working-age (14-50) urban population in Peru. They use scholastic achievement, effort exerted at school and time to get to school as instrumental variables for acquired years of schooling.

They find that both socio emotional and cognitive skills are equally valued in the labor market in Peru. One standard deviation change in cognitive skills or in perseverance results in a 9% increase in average earnings, conditional on schooling. They find that the return to 3 years of education is 15% conditional on skills. The returns to other socio-emotional skills vary across dimensions of personality.

Second, acquired human capital does matter. The signaling theory of education states that education works only as a way to screen people with a lower cost to perform a set of desirable tasks but does not have an effect on productivity.

After employment, employers observe productivity better with time and wages adjust accordingly. Bordón finds that graduates from the best ranked universities in Chile get jobs with higher wages upon graduation, implying employers use diplomas to infer productivity.

For the rest of graduates ability is revealed gradually. By analyzing the predictions of the model by Altonji and Pierret (2001), she analyzes correlations and concludes that employers take 3 years to decrease 50% the weight they place on university ranking when determining wages.

Third, human capital is malleable early in life. Florencia López-Boo presented the paper “Richer but More Unequal? Nutrition and Caste Groups”. In this study, she explores the relationship between nutrition and cognitive ability using nutrition at age 1 as an instrument for nutrition at age 5. Using three rounds of data and a value added model, they find that a 1 standard deviation increase in height-for-age at the age of 5 leads to an increase on cognitive test scores of 0.16 standard deviations at age 8.

Fourth, investment in human capital only matters if done right. Raquel Bernal presented the paper “The Impact of a Professional-Technical Training Program for Childcare Providers on Children’s Well-being “.

She looks at a program that aims at improving the training for mothers that provide community childcare for low income children in Colombia under age 6. In previous studies they found that poor training of service providers led to activities in daycare aimed to free play and personal care routines.

As a result, the program showed negative effects on children’s cognitive development with respect to eligible children that did not participate in similar socioeconomic conditions.  Bernal found that training service providers improved the pedagogical process and techniques implemented in the classroom as well as interaction with parents.

These changes resulted on improved health and cognitive and non-cognitive development for children, especially for those younger than 3.

In Mexico, Graciela Teruel found that Oportunidades had a positive effect on the probability of working among non-migrants but not on wages or health. The lack of impacts on other outcomes may be attributed to the low quality of education in rural areas or lack of employment opportunities in the areas of residence.

They also use matching estimators for health benefits and labor income per hour worked.  They observe a rural sample of young aged 10 to 14 in 1997 to 1998 observed later in three rounds of data in 2002, 2005 and 2009 providing information in their early to mid-twenties.

Fifth, the environment matters for the effect of education later in life. Miguel Sarzosa presented the paper “Bullying, Cybercrime and Happiness. The role of Cognitive and Non-cognitive Skills”.  Bullying decreases test score performance, height, weight, and make girls more likely to become pregnant when teens. Victims have less friends and are afraid to attend school.

The study focuses on students 10 to 19 in South Korea because the suicide rate (13 per 100,000 people) is the highest in the world.  One kid 10 to 19 commits suicide every day.  He uses a structural model (Roy model) and uses test scores as proxies of ability. A

To conclude, López-Boo study on the positive effects of early investment on skill formation, Arias’ study on the effects of cognitive and non-cognitive skills on wages and Bordón’s study on employer´s capacity to observe skills in a short period of time score the importance of investments early in life on later economic well-being.

But these investments need to focus on those aspects that lead to skill development. If not, there will be no benefits and even worse outcomes can happen. Bernal’s study shows the importance of training for childcare service providers to avoid deterrence of cognitive development early in life.

Teruel’s study shows that Oportunidades did not lead to improvements in labor outcomes and low quality of education provision may be to blame. Sarzosa shows that bullying in schools leads to mental health issues, stress, depression and increased likelihood of smoking.

It is not possible to generalize, but if I was you, I would be careful when choosing my education and that of my children because it will likely matter if and how I get it.