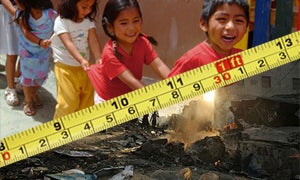 When it comes to finding out what works and what doesn’t work in development, it is worth noting the efforts made by the Inter-American Development Bank to measure the effectiveness of its projects.

Over the past three years, the Bank has managed to significantly increase the number of projects that incorporate rigorous impact assessments based on experimental and quasi-experimental methods, starting with their design stage.

About 30 percent of projects with sovereign guarantee loans approved in 2010 included such evaluations. In 2008 this proportion did not even approach 10 percent.

But the IDB’s efforts in the field of evaluation are not limited to increasing the number of evaluations in areas where they have been used traditionally. The Bank also aims to extend this practice to many other areas where evaluations are less common.

Although the Bank has been active in many of these areas for years, solid evidence has never been generated regarding its ability to produce results and achieve desired development goals.

In sectors where impact assessments are already relatively well established, the Bank continues to carry out its commitment to generate knowledge about what works, focusing on strategic issues and ways to generate scaled results that are more cost-effective.

As a result, instead of repeating evaluations of interventions that already have proven their merit, the Bank is seeking comparable, lower cost alternatives that can be extended to larger portions of the population.

For example, when there is clear evidence on the effectiveness of measures used in early childhood development, the IDB is focusing on identifying ways to make these measures less costly and easier to carry out while retaining their effectiveness.