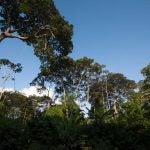 Sustainable economic development can be achieved as this IDB-financed project in Acre shows once again. Over the course of the program, Acre slowed the rate of deforestation while cutting extreme poverty by nearly a third by organizing and informing the community and creating value chains.

The biggest challenge in promoting development in the Brazilian Amazon is reconciling the equally pressing needs to reduce poverty and preserve the rainforest. The State of Acre’s sustainable development program may have found a way to address this challenge.

More than a decade after the state began implementing the program, Acre has slowed the rate of deforestation while cutting extreme poverty by nearly a third. The state’s economy has grown at a pace more than double the national average.

What Has Been the Secret of Acre’s Success?

It’s a simple idea: keep the forest intact as a viable economic activity for the population. It makes sense because Acre’s estimated 14 million hectares of forest constitute 87 percent of its territory. Under the strategy, communities living in the forest sustainably harvest products such as latex, nuts, fruits, and wood, thus limiting the impact on the ecosystem and easing pressure to sell their land or cut down the forest to raise cattle or live off subsistence farming.

“Our biggest asset is the forest and we need to harness it in an intelligent and rational manner,’’ said Márcio Veríssimo, the state’s planning secretary.

Acre has worked with the federal government and several development institutions over the years to finance its plan. The IDB has been working with the state since the inception of the program in the early 2000s and has helped the state establish the foundation of its forestry-based economy.

Under the first phase of an IDB-financed project, completed in 2010, Acre created nearly 700,000 hectares of fully protected areas (more than double the area initially planned), expanded forest conservation areas (where sustainable use is permitted) by more than 1 million hectares, and regularized property and land use rights for more than 18,000 people. The project also improved the state’s surveillance and oversight of its natural resources through capacity-building and the creation of information systems and regulations to prevent and control illegal logging and deforestation.

Project Coordinator Carlos Ovidio, who is also Acre’s Secretary for Strategic Affairs of Forestry Development, noted the importance of training a “technical and highly qualified labor force in a state that in the beginning had very few conditions to implement its own policies.”

Among those who have benefited from the project have been rubber tappers such as Antonio Texeira Mendes, who lives in the Cachoeira Extrativist Reserve. The project helped Mendes demarcate his property, map his assets, and put in place a plan to sustainably manage the forest, including identifying which trees on his property can be cut and when.

Mendes also learned how to organize his production so he has an income stream throughout the year. His production is sold through cooperatives, eliminating the role of intermediaries that in the past usurped much of the profit from the sale of the region’s forestry products.

“The forest is my ATM machine,” said Mendes, who has been a rubber tapper since he was nine. “For me, the forestry management plan is like a professor for my life and the lives of a lot of people. We came to understand how the forest works and how fantastic it is for us.”

The project has also helped communities organize to manage the forest together and maintain a constant dialog with the state government. In the Antimari State Forest, the only public forest in Brazil to be certified by the Forest Stewardship Council, a group of 54 families is now in charge of supervising private companies that cut down trees under the forest’s sustainable management plan.

Besides being paid by the companies for their services, the families legally harvest nuts from the forest. In the past decade, their average income has increased from 200 to 1,800 reais a month, according to Joao Camilo de Assis, one of Antimari’s community leaders. Exploitation rights for a 900 hectare plot in Antimari are now worth 100,000 reais, in contrast to only 1,500 reais a decade ago, according to Assis.

Another important part of the equation was to improve roads in order to reduce transport costs and make products from the forest more competitive. Using a careful and environmentally sensitive plan that involved creating protected areas in strategic locations along the road and regularizing land tenure, the first phase of the project paved 70 kilometers of one of the state’s main highways and repaired and built 45 kilometers of access roads.

After organizing the sustainable harvesting of forestry products, Acre needed to boost demand for them. The state built a condom factory, as well as an industrial park to build furniture using certified wood.

The condom factory, financed with resources from Brazil’s National Development Bank, is the first in the world to exclusively use latex extracted from native trees in the Amazon. Built in 2008, the factory buys 250 metric tons of latex annually from 700 families, including those living in the Cachoeira Reserve, at prices that are three times higher than the level in international markets. The factory supplies 100 million condoms a year to Brazil’s Health Ministry.

The industrial park, inaugurated in 2004, contains a design center and furniture manufacturing facilities that are rented by private firms. The design center helps firms develop products and improve production processes to boost efficiency and comply with international standards.

The sustainable management plan has also been a boon to the forestry sector, particularly for timber products. The industry currently represents 19 percent of Acre’s economy, employs 36 percent of the labor force, and accounts for half of the state’s international exports.

To further develop business, the IDB in 2013 approved financing for a second phase of the project to help Acre develop new forestry-based value chains and attract private investors to buy concessions to use its forests sustainably.

“Our plan is to attract more private investment in the state so we can consolidate the development of a green economy,” concluded Veríssimo, Acre’s planning secretary.

The end result of Acre’s sustainable management plan, better roads, and improved value chains has been a dramatic improvement in the quality of life of communities living in the forest. Both Antimari and Cachoeira have gained access to electricity, primary schools, and public health services. Thatched-roof huts without walls have been replaced by larger and sturdier homes with multiple rooms and bathrooms.

“Life in the forest has improved a lot,” said Mendes, who is currently adding new rooms to his house using bricks and mortar. “Rubber tappers today are preserving the forest, living in harmony, happy, and making good money.”

Changing Paradigms – Not All Roads in the Rainforest Lead to Devastation

Initially, the paving of 70 kilometers of Acre’s BR364 highway, one of the state’s main transportation arteries, raised concerns that it would increase open access to conservation areas.

Acre managed to prevent that from happening by creating protected areas in strategic locations along the road before public works began, and by regularizing land tenure for the communities already living in these areas. Residents were trained how to sustainably use the forest, while at the same time monitoring and law enforcement in the area were strengthened.

The results of these efforts are supported by a 2011 impact evaluation conducted by the IDB and others. The study analyzed deforestation in Acre between 2000 and 2004 in several different types of protected areas. It showed that the creation of sustainable-use protected areas alongside roads scheduled for repair, combined with better surveillance and control, is an effective strategy to prevent deforestation.

This story is part of the 2013 Development Effectiveness Overview.