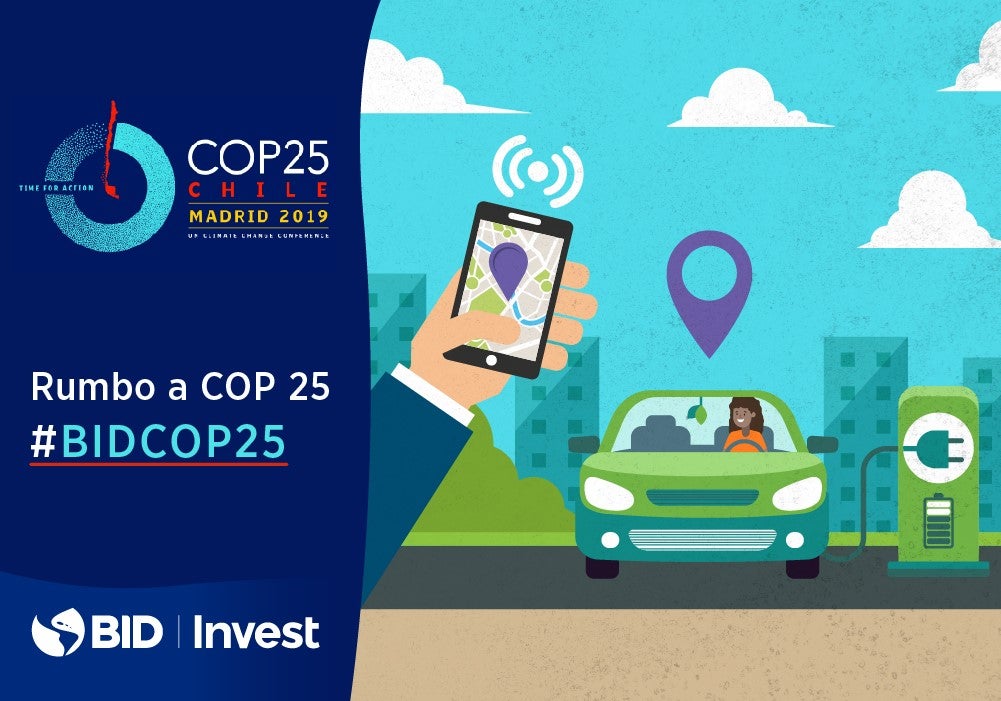 The development of electromobility is essential to reduce transport emissions, as expressed in the Paris Agreement on climate change.

Transportation=pollution. Who hasn’t thought of this when looking at the thick layer of pollution that covers our cities’ skies, or when we’re stuck in traffic with our engines running?

The impact of the transport sector—and especially the automobile sector—on air emissions is an undeniable reality. That is why it is widely regarded that transport policy should prioritize cutting greenhouse gas generation by substituting fossil fuels for cleaner alternatives.

In this sense, transport management can play a key role in promoting the decarbonization of the economy and, ultimately, in combating global warming.

This idea is deeply connected with electro mobility, which refers to the use of vehicles with electric motors. Developing these vehicles is fundamental to reducing transport emissions, as asserted in the Paris Agreement on Climate Change. The advantages of electric cars are evident in terms of air quality, improved population health, efficiency, safety and energy resilience, and reduced dependence on fossil fuels.

In electric cars, however, not all that glitters is gold. The negative impacts and costs associated with their use are also clear. For example, something that is often overlooked is that producing an electric vehicle causes far more pollution than producing a conventional vehicle. Why is that? The fault lies with the batteries, whose manufacture requires minerals such as lithium, whose extraction emits large quantities of carbon dioxide.

It’s also worth noting that not all electricity is clean. In fact, most electricity produced in the world is generated from fossil fuels, although in this sense Latin America and the Caribbean are far ahead of the curve, because that percentage is less than 50 percent.

This is a debate that is not closed and that at IDB Invest we have very much in mind. What is clear is that, in order to decarbonize our economies, we must not see a single action as a solution, but we must see it, something that the IDB Group has been working for a long time.

Still, we are convinced that electro mobility is a present-day and especially forward-looking option to alleviate the problem of air emissions and combat global warming, providing an opportunity for sustainable development in the region. This is why we include it directly or indirectly in financing agreements, such as the one we signed in 2019 with Cabify, one of the most important ride hailing platforms in Latin America and the Caribbean. Cabify is committed to having its entire fleet of vehicles go electric within five years’ time, and we believe that this is a goal heading in the right direction.

The project, however, goes much further than promoting electrification. For example, we believe that Cabify’s expansion can have a very positive impact on areas in the region that are not covered by public transport. The jobs it creates are a flexible alternative to supplement other jobs, which can be particularly beneficial to society during periods of low economic growth. In addition, the agreement encourages the hiring of women drivers, which is in line with our aim to promote gender equality.

Against the backdrop of all these issues, IDB Invest has prepared a report on electric cars in the Mexican ride hailing market, which draws some interesting conclusions about the sector’s problems. For example, did you know that a driver in Mexico needs a net monthly income of about 40,000 pesos (more than two thousand dollars) to afford an electric vehicle, but the average income is only 10,000 pesos? Given this economic constraint, it isn’t hard to understand why only 0.01 percent of passenger transport platform vehicles are electric.

In addition to discussing the sector’s problems, our report contributes ideas and solutions for electrification.■