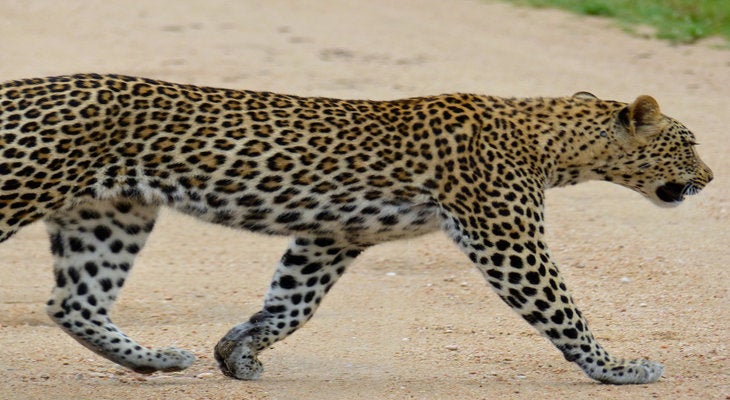 It’s 4 a.m. and I’m sitting in the front seat of a Toyota Hiace passenger van, leaving Guyana’s capital of Georgetown for Lethem, a town on the Brazilian border.

My ride may look like just another passenger van, of the sorts used for public transport throughout Asia and Latin America but, the off-road tires, lifted-up suspension, and extra parts in a rooftop basket are all a dead giveaway that this is no ordinary vehicle, and this will be no ordinary journey.

At 5:30 a.m., sunrise breaks through a thick fog above the Amazonian forest as we approach the 440km section of unpaved road leading to Lethem. This road is not only the means of our journey, but the reason for it. There is a plan to improve and pave it to provide a new access route to the Atlantic Ocean from northwest Brazil via Guyana. Today the Georgetown-Lethem journey is comparable to the distance from Washington D.C. to New York City, a four-hour drive on the I-95 interstate. But the bone-jarring ride in the jungle takes 14 hours on a good day and up to 36 hours on a bad one.

After 45 minutes on the unpaved road, conditions are getting worse. The only other vehicles we encounter are four-wheel drive Bedford cargo trucks, originally intended to be British military trucks, bringing supplies to the remote areas. Finally, we make our first stop, pulling over to analyze a side road branching off the main road. These side roads are one of the indirect impacts of building a road through a previously inaccessible area. They also represent the first sign of people invading the forest for illegal timber cutting, hunting, agriculture, mining and more.

Despite the side road, this part of the Amazon is largely untouched,  a reminder of how Guyana remains one of the  few countries that still has over 90% tree cover, 70% of which is still pristine, primary forest. The area is rich in fauna: screaming pihas; red and green macaws, and blue morpho butterflies the size of my palm. It’s clear why Norway pledged $250 million to help conserve the natural habitats of Guyana’s forests.

We eventually cross Guyana’s longest river, the Essequibo, by car ferry. This leg of the journey brings us to the Iwokrama Forest, an area referred to as one of the four remaining pristine tropical forests in the world. Upon entering the reserve, our driver tells us to watch for jaguars on the road.

We pass through without a sighting, but I’m told that, once we cross the Iwokrama Mountains and enter the Rupununi Savannah, there are plenty of other exotic creatures such as giant river otters and giant anteaters.

So, why improve the road through this region? A paved road could reduce transport time by eight hours on average in good conditions, and it would provide an economic corridor between Guyana and Brazil. It would also provide easier access to services and better social development for the region’s remote communities, as well as eco-tourism development opportunities in the Iwokrama and Rupununi areas. On the other hand, if poorly designed without controls to prevent migration to the area, the road could easily lead to negative environmental impacts including overfishing, overhunting and increased deforestation, mining, and agriculture in this area.

For this reason, with the support of the IDB, Guyana’s Ministry of Public Works commissioned Conservation International to assess the impact of paving the road on the biodiversity and ecosystem services. The study analyzed which areas are critical for conservation, identified the worst potential threats to the area, and carried out an economic analysis of the road that quantifies natural capital. One of the strongest economic risks the study found was the potential to lose the financial support of countries like Norway with a vested interest in preservation if deforestation occurred.

The study concluded with the recommendation of specific strategies to address indirect impacts such as improving regulations on mining, sustainable enterprises, and establishing planned settlements. The results of the study will allow policymakers in the Ministry of Public Works to now be better able to plan for the preservation of the biodiversity and ecosystem along the road.

This report sets an example for how to carry out road improvement while protecting the vast natural richness of Guyana. If we can strike the right balance, more people will have access to this natural paradise while still preserving the Guyanese kingdom of the jaguar.