Once again, our region´s creative talent is living proof that Latin America is the hub for creativity. Recently, Paraguay´s creative talent has been on the spotlight. UNESCO awarded the H20 Orchestra Sounds of Earth as UNESCO’s Artist for Peace for a period of 2 years (2016-2018) in recognition of its commitment to the equitable and sustainable management of water resources and its dedication to the aims and ideals of UNESCO. This is a recognition not only to the incredible vision of maestro Luis Szarán, who created the orchestra in 2002 using recycled trash to develop sophisticated instruments that enabled more than 18,000 children and young people from Paraguay to access music education. It also serves as an example of the impact of the creative and cultural industries on development.

This is only one example of Paraguay´s creative talent made up of an extraordinary group of creators, designers, artists, and entrepreneurs who are shaping a new image and vision for its society– one that wants to project their creativity and innovation to new spheres in the international landscape.  From an all-female team building competitive electric cars called Quantum to an emerging industry in audiovisuals and animation to affordable 3D printed prosthetic hands (Po), to fashion and music that redefined 21st century aesthetics through their traditions and cultural identity, there’s a robust body of evidence for an emerging creative industries ecosystem.

As a way to celebrate this, the Cultural Center of the Inter-American Development Bank will present Designing Paraguay on March 16, 2017 in Washington DC, an exhibit that highlights emerging talent from the country, young men and women who are lighting the way for future innovations in the creative industries. There, the IDB will showcase Paraguayan innovation across a variety of disciplines and new directions in creative production. The exhibit also examines the dialogue between contemporary trends and artistic legacies from Paraguayan identity and traditional art today.

Creativity, as the driver of innovation, may in fact contribute to significant economic diversification. As Paraguay looks ahead into the future, it is moving away from an agricultural and industrial economy toward a more competitive global, knowledge-based economy. One such area of growth is the cultural and creative industries – those endeavors that lie at the crossroads of art, design, culture, business, and technology – which represents about 6.1% of the world’s GDP. In Paraguay its contribution to GDP is 4.1% according to The Economic Impact of the Creative Industries in the Americas. While the country has experienced an average growth rate of 4.8% annually from 2005-2016, this is mostly credited to traditional agricultural and commodity exports.

Design and art are the perfect tools to showcase parts of a society that are changing in a dynamic and innovative way. As Chief Curator of New York’s Museum of Art and Design said on Latin American design, “There is a new generation of designers who manifest a creativity that is concerned not only with the imagining of iconic objects but also with issues of commodification and production, urbanization, displacement, and sustainability. The special character of design in Latin America today is marked by a pervasive interest in collaborating across the genres of art, craft, and design”. For this reason, industries, companies, and investors are all recognizing the relationship between creativity and innovation and how necessary it is to remaining competitive and relevant.

If you believe in the power of creativity and culture to impact development and improve lives, join our ecosystem of creative entrepreneurs. 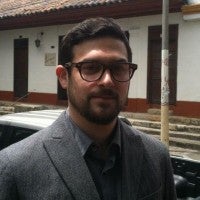 Latest posts by jgoldman (see all)