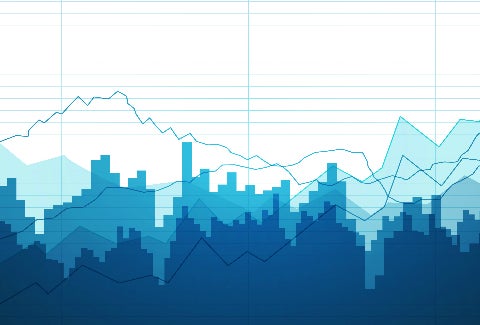 Instead, it generates a weighted average of the untreated units that closely matches the treated unit over the pre-treatment period and uses that as the counterfactual. Along with their paper, ADH released the -synth- Stata command for single estimations. This blog post details the new module -synth_runner- that builds on top of the previous command to help conduct multiple estimations, inference, diagnostics, and generate visualizations of results.

California is graphed along with states that did not enact large tobacco regulations or change their tobacco tax rates. These 38 other states are termed “donors” as they can potential be used to form the counterfactual. As one can see, California looks quite different than most of these other states during the pre-treatment period.

ADH show that if weights can be found so that the counterfactual matches well the treated unit in the pre-treatment period then the estimated effect will be unbiased even in the presence of unobserved confounders that take a factor structure.

The allowed factor structure is more general than the standard panel estimation framework where unobserved confounders are limited to time-invariant characteristics. In SCM, the factor structure can accommodate units on different time trends.

For inference, SCM conducts a series of in-place placebo tests. For each of the untreated units, temporarily assume that it received treatment at the same time and construct a synthetic control for each using the rest of the untreated units. Collect the placebo effects (differences between units and their synthetic controls) to get a distribution against which one can gauge the relative size of the main effect.

To calculate a p-value for each post-treatment effect, find the share of placebo effects that are as large as the main effect.

If many placebo effects are as large as the main effect (i.e. the p-value is high) than it is likely that the main effect was observed by chance. As one can see in the distribution of differences above, post-treatment differences will be larger if the pre-treatment match was bad. A common alteration then is to scale each post-treatment effect by a measure of pre-treatment match quality (the pre-treatment root mean-squared prediction error, RMSPE). Comparing those “pseudo t-statistics”, the following are the p-values for Proposition 99’s effects.

Cavallo et al. (2013) extent SCM by allowing more than one unit to experience treatment and at possibly different times.

An overall treatment effect is constructed as an average over the treated units, with effects all relative to their treatment date. This averaging removes noise from the estimate so the same should be done for the comparison distribution when conducting inference.

For each treatment, consider the group of placebo estimates where the never-treated donors are thought of as experiencing treatment at the treatment period. Select one placebo effect from each group and then take the average to construct a member of the comparison distribution. There will be many such averages with the size of the comparison group growing exponentially in the number of treatments.

Hopefully, this package will be useful for those using this new method. The synth_runner module file may be downloaded from here.