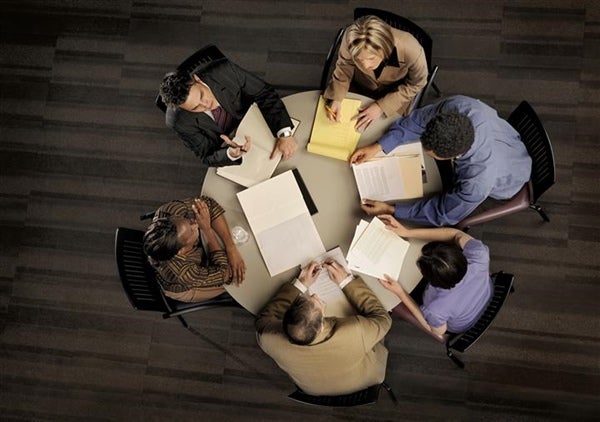 You could play a game to find the seven differences in photographs of boards of chambers of commerce in Latin America and the Caribbean. At first glance, they all look very similar: white men between 50 and 60 years old, wearing suits and ties. A quick review of the composition of boards or councils of seven chambers of commerce in the region (in Argentina, Chile, Colombia, Jamaica, Mexico, Panama, and Peru) reveals that 91% of their members are men and only 9% are women.

This mirrors the composition of boards of large companies traded on the stock exchanges in Latin America and the Caribbean: women comprise only 8.5%. And it’s not just a matter of gender; board members usually belong to the same networks, have a similar socioeconomic status, share the same cultural background, and are about the same age.

You might think that groups composed of similar members facilitate discussion and decision making. However, studies on the collective intelligence of teams and on the performance of companies indicate that diverse membership of boards of directors—or of work teams—enriches the diversity of perspectives and retention of talent within a company. A 2010 study by researchers at MIT and Carnegie Mellon University, which looked at 700 people organized into work teams of 2-5 people in the United States, found that teams that included women produced better results performing a series of complex tasks. Meanwhile, teams that included individuals with higher IQs didn’t produce results that were significantly higher than average.

This doesn’t mean that women think more than men, but that gender diversity tends to better leverage the talents of a group’s various members. The same holds true for diversity in cultural background, age, and skills.

This is evident in the French multinational company Sodexo, which earlier this year released an internal study on the optimal gender composition of its work teams. The result: no more than 60% or less than 40% of their members should be the same sex, regardless if the majority is male or female. The teams with the optimal balance had a 23% higher chance of having stronger brand recognition, and of producing increases in profitability, retention, and customer satisfaction.

When we advocate for diversity, is not to transform the typical “men’s club” into a “women’s club.” Rather, we seek to show that integrating more women, a variety of cultures, and more age groups into senior management and work teams contributes to improved business outcomes—and can even boost the economies of entire countries. If gaps between female and male employment rates were closed, it is estimated that Brazil could see a net GDP increase of 9% and Argentina 12%. Furthermore, a study by McKinsey & Company of 345 Latin American companies in six countries found that returns on equity for the businesses with one or more women on their executive committees were 44% higher than for companies without. These are just a few numbers to illustrate the increasing evidence in favor of gender diversity.

There are some measures that can achieve this diversity in companies:

– A commitment by senior management to gender equality and to promoting the professional development of women. For there to be a real transformation, such initiatives require commitment, resources, and targets that are established and promoted by the top leaders of the business.

– Equal opportunities for men and women. This type of change in a company’s work culture—for example, through measures such as increasing parental leave or flexible working hours—improves worker retention and employee satisfaction.

Maria Teresa Villanueva leads the development and implementation of Multilateral Investment Fund projects to help women start and grow their businesses, and provide them access to finance, training, and markets. She holds a Master’s degree in Development Management from American University.

Ana Rodríguez was a gender consultant for the Multilateral Investment Fund, overseeing initiatives that promote the leadership of women in the private sector. She earned three Master’s degrees, the most recent in Latin American Studies from Georgetown University through a Fulbright Scholarship.