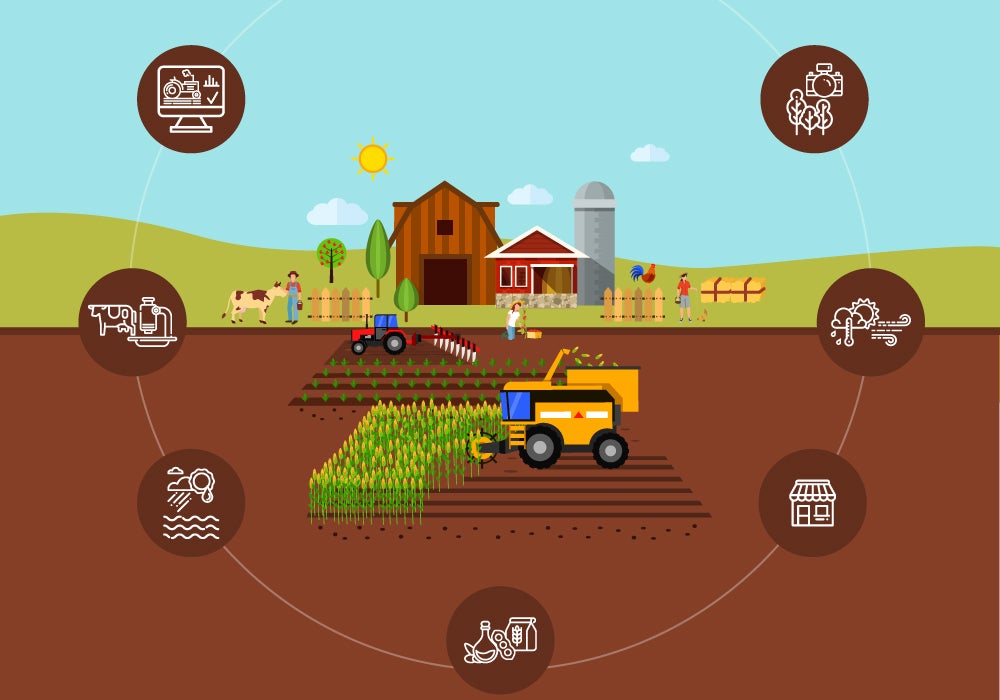 Export-oriented high-tech agribusinesses will offer significant opportunities for financial institutions in Latin America and the Caribbean.

Nibaldo is a farmer in central Chile. He’s been producing onion, corn, squash and tomatoes for more than 20 years. Onion is one of Chile’s main agricultural export products in terms of volume, primarily for markets in Europe, North America and Brazil. About 3,000 kilometers further north, in northern Peru, Augusto grows asparagus for export. Peru is one of the three largest asparagus exporters in the world, supplying‒above all‒markets in the United States, England and Spain.

It’s possible that neither Nibaldo nor Augusto would know the dimensions of the contributions they make to their countries. Although the agricultural sector represents only about 5% of GDP in Chile and 7% of GDP in Peru, this amounts to 25% and 30% of total exports, generating a significant portion of the dollars needed to import those products that are not produced domestically.

The agricultural sector represents about 6% of GDP across Latin America and the Caribbean, nearly twice the global average. Furthermore, agricultural and food and beverage exports represent, on average, one third of total exports by the region’s countries, compared to a global average of only 10%.

For instance, Chile has one of the most advanced financial systems in the region, but agricultural producers face challenges when seeking to finance their working capital and investments. In Chile, credits for the agricultural sector represent about 3% of the banks’ total portfolio, making it one of the sector’s least represented in the portfolio of banking institutions. As for Peru, banks also allocate a minimum percentage of their portfolios to the agricultural sector. These challenges are repeated throughout the entire region.

Furthermore, adding to the low level of access to credits in the region is the low presence within total financing that credit has in agricultural sectors. The sector’s inherent risks, such as variable climates and price volatility, added to certain limitations related to accounting information and‒sometimes weak corporate structures‒pose a challenge to traditional credit analysis as performed by financial institutions.

According to the United Nations, the world population will exceed 9.5 billion in 2050, compared to today’s approximately 7.3 billion. In addition, higher per capita income will result not only in increased demands for food, but for higher quality food as well.

As indicated by the United Nations Food and Agriculture Organization, it is likely that increased demand will be covered by higher levels of production in sub-Saharan Africa and Latin America, where the availability of two critical factors for agriculture and livestock, water and arable land, is greater than in other parts of the world.

The path of investment

The agricultural sector is and will continue to be an extremely important part of the DNA of our countries and a decisive factor in the performance of the region’s economies in upcoming decades. For this reason, at IDB Invest, the private sector arm of the Inter-American Development Bank (IDB) Group, not only do we finance agricultural projects directly, but we also support financial institutions throughout the region so they will be able to help export-oriented producers who, like Nibaldo or Augusto, need to finance their productive cycles, adopt new technologies, and deal with long-term investments.

In 2018, IDB Invest approved, among many other projects, a long-term loan to Banagro, a leading Chilean non-banking institution in the financing of small- and medium-sized producers. In addition, IDB Invest provides support in the form of financial assistance to LAAD, a financial institution that has been providing long-term financing since 1970 to producers in more than 25 countries in the region. Our support also includes Bancop, a bank of cooperatives that provides financing to small- and medium-sized producers in Paraguay.

Export-oriented agribusinesses with increasing levels of adopted technology in Latin America and the Caribbean will generate great opportunities for those financial institutions that are willing to invest time and resources to build long-term relationships with clients in a strategic sector for the region’s economy.■