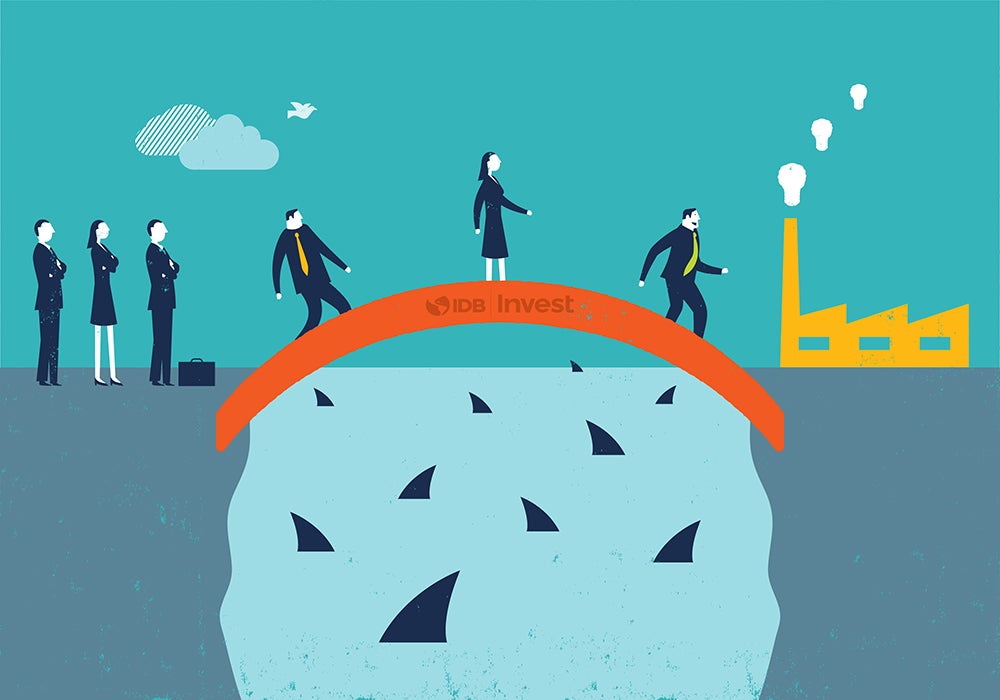 With a nearly $200 billion a year financing gap, it is virtually impossible for the development banks in Latin America and the Caribbean to close it alone. However, there is good news. Even though regional balance sheets can provide a fraction of the financing needed, development banks are multiplying their impact in other ways. One of the latest structures allowing them to do more with less is the B-bond or bridge-to-bond structure.

The financial structure is relatively simple while the development impact can be catalytic. The most recent example is a project financed by IDB Invest with project sponsor Invenergy. Instead of fully financing the $68 million loan to build the $102 million La Jacinta plant in Salto, Uruguay, IDB Invest arranged a $65 million B-bond. The B-bond was sold to a special purpose vehicle and then privately placed to an institutional investor. IDB Invest provided the remaining $3.6 million A-loan.

A pioneer structure to facilitate finance

The B-bond allows IDB Invest to involve institutional investors. They are relevant given the amount of long-term funds they manage (assets valued at 20% of Latin America and the Caribbean’s GDP, in fact) and traditionally prefer to invest in developed markets. Now, alongside IDB Invest, they are becoming more comfortable with emerging market risk.

La Jacinta is the third such B-bond but the first in solar in the region. IDB Invest pioneered this structure in 2013 when it financed a 305 MW hydropower plant in Costa Rica developed by ICE, the state-owned utility. In addition to IDB Invest’s $200 million A-loan, it brought in institutional investors with a $135 million B-bond. In 2016, there was the second B-bond with the Campo Palomas wind farm also in Uruguay.  IDB Invest provided $67 million from its own capital and mobilized another $68 million from DNB Bank which then sold its participation as bonds.

What are the B-bond advantages?

As B-bonds prove their success, development banks can start to turn their balance sheet billions into trillions. The more the commercial bankability of infrastructure is demonstrated, the more projects will attract investors and bring development returns at increasing scale.